I'll give you my heart

After the incident with the succubi, Liu Qingge realizes that he is in love with Shen Qingqiu.

This story is inspired by the prompts of Liushen Week 2021. Right now I'm finishing another fanfic for Liujiu Week (Guide Dog), so this first chapter is more like a short prologue. The other chapters will be longer!

English it's not my first language. Sorry for the possibles mistakes

It is normal and understandable for Liu Qingge to offer to accompany Shen Qingqiu on his missions. His martial brother is poisoned, besides, his attitude is too carefree and a few months ago he was mourning for his disciple. Shen Qingqiu needs someone to keep an eye on him so he doesn't get eaten by a monster or they try to kidnap him or…

However, this mission does not end like the others. It should have been simple, it was just a few mischievous succubi, but Madame Meiyin's words pierced Liu Qingge. At first, he doesn’t care, it was just an absurd talk of a demon. But that soulmate nonsense gets to his heart. And Liu Qingge begins to wish to be Shen Qingqiu's soulmate.

Then, Liu Qingge is poisoned by the succubus. In that instant of confusion, he wants to kiss Shen Qingqiu, throw him on the ground, sit on his lap, sink his fingers in his hair, bite his neck...

He doesn’t want to end up in a pool of cold water. But he ends.

It was supposed to be an irrelevant mission, but upon returning to the Cang Qiong Sect (soaked and frozen), Liu Qingge discovers that he is madly in love with Shen Qingqiu. 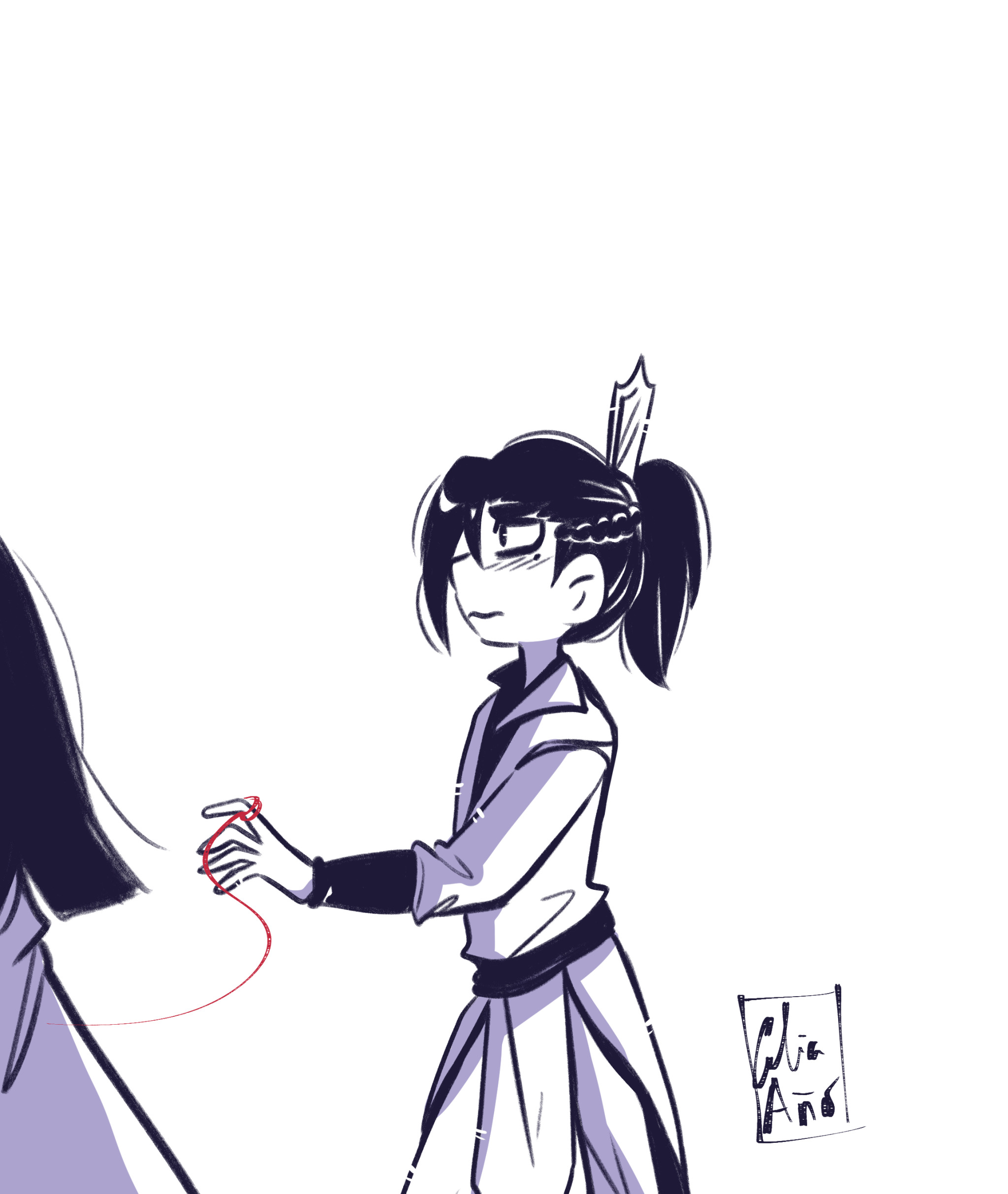