Claireabella Beaton has never felt like she truly fits in. An Englishwoman living in the wilds of the Highlands, she sticks out like a sore thumb. The villagers eye her with suspicion because of her healing abilities. The only person who pays any attention to her is the one she wishes would go away.

Then one day, village gossip about an escaped prisoner living in a cave outside of Inverness changes everything. 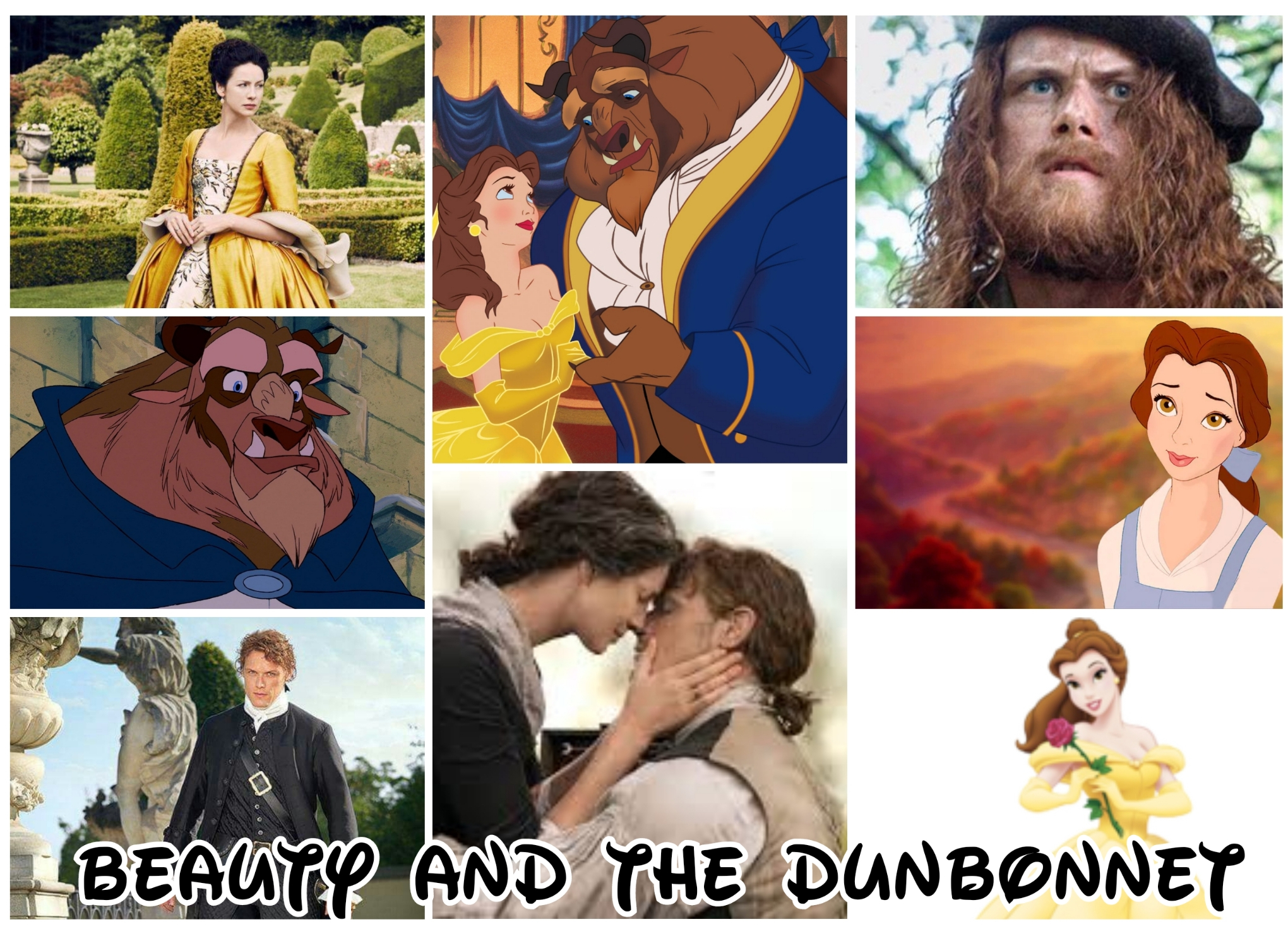 Claireabella Beaton was sleeping peacefully in her warm cozy bed when she was rudely awakened by her Uncle Lamb’s voice, floating in through the open window. She groaned and rolled over, pulling her pillow over her ears, but it was no match for Lamb’s cursing when he was on a roll.

She giggled and rolled her eyes. Her uncle, a born and raised Highlander, nearly always reverted to Gaelic when he was angry.

Claireabella was born in England to Henry Beaton, Uncle Lamb’s younger brother, and Julia Moriston, who died in a tragic coach accident when she was only five years old. Though she had been living in Scotland for the last fifteen years, she still spoke as if she’d been living in Oxfordshire her entire life. It was just one more thing that set her apart from the Villagers of Inverness, who had never truly accepted her as one of their own, despite her Scottish heritage.

She stretched languidly and threw the covers off. She was meeting Geillis Duncan— the only person she could count as a true friend — that morning to pick herbs. Claireabella and Geillis were both accomplished healers, another thing that set Claireabella apart from the rest of the villagers. They were always happy for her services when they were ailing, but the rest of the time, they viewed them both with deep suspicion, sometimes whispering under their breath that Claireabella and Geillis were witches.

She got dressed and went into the kitchen to make breakfast for herself and Lamb. She moved about the tiny kitchen cracking eggs and throwing slabs of meat in a frying pan, all the while singing a song Geillis had taught her a few weeks before.

There was a farmer's son,

Kept sheep all on the hill;

And he walk'd out one May morning

To see what he could kill.

And sing blow away the morning dew

The dew, and the dew.

Blow away the morning dew,

How sweet the winds do blow.

He looked high, he looked low,

He cast an under look;

And there he saw a fair pretty maid

Cast over me my mantle fair

And pin it o'er my gown;

And, if you will, take hold my hand,

And I will be your own.

If you come down to my father's house

Which is walled all around,

And, you shall have a kiss from me

“Well, madame, I know your uncle cannot give me twenty thousand pounds, but I shall take the kiss anyway.”

Claireabella put her hand to her chest and leaped in the air at the intruder’s voice, knocking over a small table containing some of Lamb’s artifacts, as he called them. Her uncle was a crofter by trade and necessity, but his true passion lay in archaeology. She wondered briefly if she’d broken anything and then realized she needed to deal with the more important fact that there was a stranger in her kitchen.

She looked up and couldn’t help but roll her eyes at the soldier standing in the doorway. Blackjack Randall smiled creepily at her and gave a slight bow. “I hope I’m not interrupting anything.”

“In fact, you are,” Claireabella replied curtly. She turned back to the hearth and continued her work. “If it’s breakfast you’re looking for, I’m sorry to say that we scarcely have enough eggs to last us the week. I could offer you some stale bannocks from last night’s dinner.”

Randall scoffed and took another step into the kitchen. “No, Madame. The day I beg breakfast off a poor crofter’s table will be a somber day for me indeed.”

Claireabella whirled around, heat rising to her cheeks. “No, you wouldn’t steal breakfast, but you would steal bags of grain intended to feed half-starved families through the winter.”

“And should my soldiers starve?” he asked.

“Did they work for that food?” she shot back.

He straightened up a bit and moved closer to Claireabella. “They are here for your protection, Madame.”

Claireabella sidestepped quickly, making sure not to allow Randall to get too close. “Our protection? Is that so? And was it protection when you flogged that poor boy from Broch Tuarach for stealing a loaf of bread?”

Randall chuckled sardonically. “Oh, Claireabella, you are a sweet, naïve thing. That poor boy, as you call him, was a dangerous criminal who tried to escape from Fort William. Is it not my duty to protect young women like you from being attacked or, God forbid, raped by such an unsavory sort? A desperate man can be a dangerous thing.”

“You needn’t worry about me,” Claireabella replied, rolling her eyes. “I’m perfectly safe here with Lamb and Rupert to protect me, should I need it.”

“And yet, I was able to walk in your door and sneak up on you.”

“Then perhaps, Captain Randall, it is you I should fear and not errant Highlanders.”

Randall’s face contorted with anger, and Claireabella could see that he was making a concerted effort not to lose his temper with her. She turned her back to him again and attempted to salvage the breakfast she’d been unable to pay attention to.

Just then, she heard the door open and Lamb’s cheerful voice calling out to her. “Claireabe — Captain Randall, to what do we owe this visit?”

“I was out on my patrol and thought I’d stop in and see my soon-to-be betrothed.”

Claireabella dropped the frying pan with a loud clang. “Your betrothed? I’ve made no such promise to you, Captain Randall, nor will I ever.”

Flustered, Lamb kneeled on the floor and began cleaning up the mess. “Now, now, now. Dinna fash yerselves. I’ve made no such promise to Captain Randall either, as he has no’ officially asked fer yer hand. Ye canna blame the Captain fer attemptin’ to court ye, Claireabella.”

Claireabella put her hands on her hips. “I don’t want to be courted. Not by him and not by anybody. I have no interest in giving up my freedom so a man can own me like cattle.”

Randall flashed her a condescending smile. “There you go again with your naivete, Claireabella. Your uncle will not be here forever. Who is going to see to your welfare?”

“I am,” she responded vehemently. “I’m a talented healer, and I will make my own way in life without depending on a man to support me.”

“You are a fool, madame,” Randall seethed, “and I can only hope that you see things clearly before it is too late.”

“Is that a threat Captain Randall?”

He took a deep breath and leered at her. Having reigned in his temper, he spoke with an eerie calmness. “No, Madam, only an inevitability. I think I have worn out my welcome today, and I’ll take my leave of you now. But, consider my offer Claire, because, once withdrawn, I will not make it again."

"Well, that's a relief," she mumbled under her breath as Randall left.

As soon as the door shut behind him, Lamb turned to Claireabella and sighed. “Claireabella, a leeanan, ye mustn’t provoke Captain Randall like that. He’s no’ the sort of man ye want as an enemy.” He scooped the salvageable breakfast onto a plate and handed it to Claireabella. “Here, a nighean, eat.”

She pushed the plate back. “No, Uncle Lamb. You’ve been working hard for hours already this morning. I have to go meet Geillis anyway. I’ll find some berries along the way.”

She kissed her uncle on the cheek and headed out the door before he could protest, grabbing her basket and shears on the way out.

She had to walk quite a way to find Geillis that morning —they never planned a specific meeting spot but rather worked their way through the meadows, grasses, and woodland until they found each other. Claireabella usually enjoyed the solitude of that first part of her foraging trips almost as much as she liked visiting with her only friend, but that day she had an eerie feeling that someone was watching her. Could it be Randall? Would he follow her out all this way?

She was relieved to spot Geillis finally. “What’s troublin’ ye, Claire?” Her friend always called her by the shortened version of her name. The Gaelic word for Claire was Sorcha or light. “Ye seem distracted.”

Claireabella bent down to scoop up a fresh bundle of greens. “It’s nothing really. Just a strange morning.” She told Geillis about her encounter with Randall that morning.

“The nerve of that English bastard!” Geillis said. Then she blushed and said, “Sorry, Claire. No offense.”

“None taken! I would not want to be associated with anyone the likes of Randall. I don’t care where they’re from!”

“Is that all that’s troublin’ ye then?”

“Not really. It’s just that I’ve had the strangest feeling someone’s been watching me all morning.” Claireabella shuddered and pulled her shawl tighter at the thought.

Geillis looked around then leaned in conspiratorially. “There’s been rumors, ye ken?”

“What kind of rumors?”

People say there’s been a monster or spirit haunting these woods the last week. Some say he’s a nuckalavee, but others say he’s a mere mortal. If he is a man, he’s said to be a dangerous man, perhaps even an escaped criminal.”

Claire gasped as she recalled what Randall had told her earlier. “This man,” she asked urgently. “Do they give a name for him?”

Geillis shook her head. “Nae. They call him only, the Dunbonnet.”