[Podfic] the prelude to a small series of road trips

Zeke goes to Yale and Shao stays in the Bronx.

Recorded for ITPE 2020 as a gift for steelinstories. I hope you enjoy it! 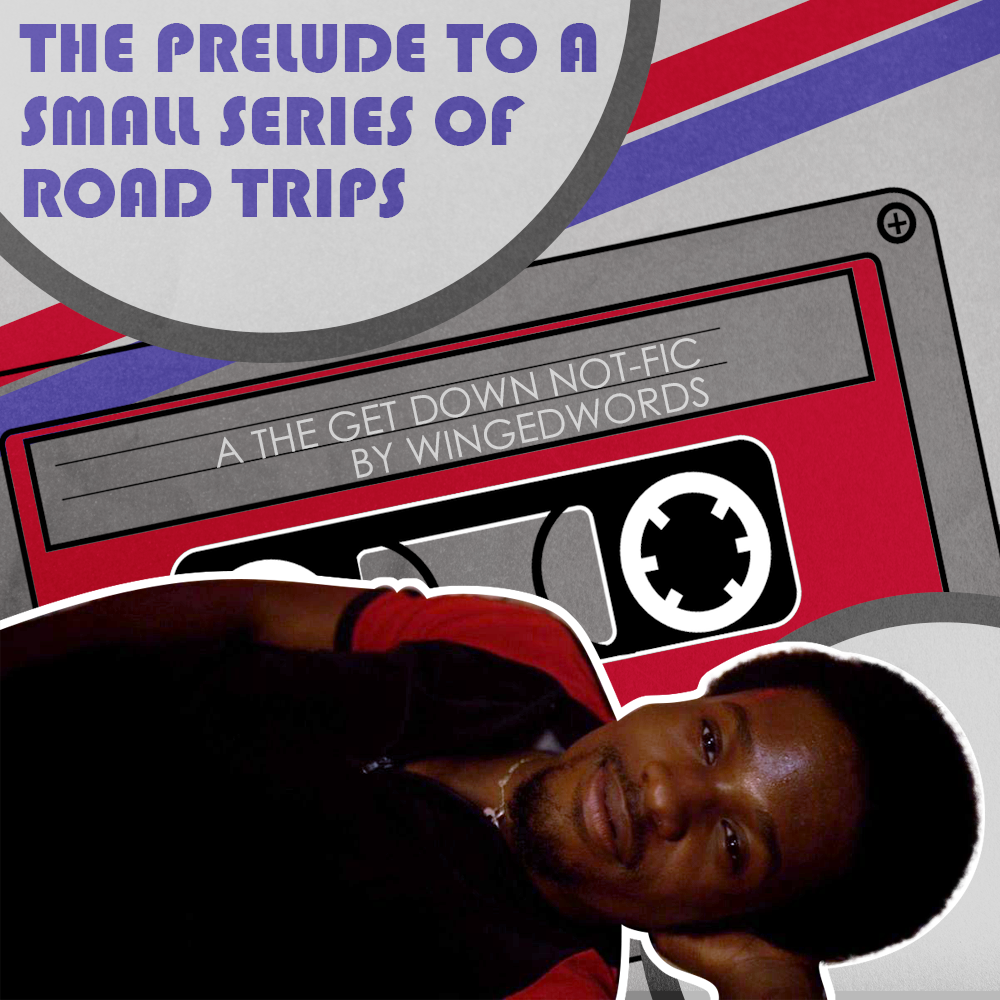 the prelude to a small series of road trips

written and read by wingedwords

Zeke goes to Yale and Shao stays in the Bronx.

Zeke and Ra-Ra send constant letters back and forth. But Zeke doesn't really hear from Shao except for mentions in other people's letters and phone calls.

Privately, Shao finds the long, poetic letters too frustrating. Honestly, he would do just fine if it were phone calls rather than letters, but he doesn't want to say anything and admit that he's not good at something. So instead, he just misses Zeke and Zeke misses him.

One day, Zeke sends Ra-Ra a clip of a new rhyme on a cassette tape and when Ra-Ra shows it to Shao, Shao is just like, "this is mine now thank you."

Shao rolls his eyes and sticks the cassette in his back pocket. "It's not your cassette. It's Zeke's. And Zeke and I are like brothers, what's his is mine, so this is my cassette."

Then he sends a cassette back to Zeke, a rambling account of his day. They start going back and forth like that, and it's really nice for a while. When Shao gets the tape back from Zeke with a new recording, he sits with it, eyes closed, headphones on, and imagines that Zeke is right there next to him. He tries to picture in his head how Zeke would look while he talked, the way he would lean back and laugh. He pretends that he can smell Zeke's cologne faintly in the air, mixed with sweat.

Sometimes he pictures himself there with Zeke in his dorm room. He hasn't been there, but it must be cramped. They would probably have to sit right next to each other on the bed. Zeke's knees would brush against his when he- anyway.

Every cassette he sends, the tape ends too soon, and he comes back up to reality angry and frustrated.

This time at the very end of the recording, Zeke says "I wish you could be here, man. I really miss you." And Shao thinks fuck it.

The thing is that he's a goddamn adult. He's a self-made man, he has money saved up, what's stopping him from going? Zeke misses him after all, and who would he be to make his best friend feel bad?

It's definitely not that he misses Zeke too, and he'll kick the ass of anyone who says otherwise.

I was absolutely delighted to match with someone on this fandom. I- I- I almost took it off this year, because I was like, what's even the point? No one is in this fandom. And then when I matched with you, specifically on this fandom, I then didn't actually know what to record. Because I mostly only had this little, like, half-fic idea in my mind.

I- I wrote this, like two years ago, after watching, um, The Get Down for the second time? The third time? Maybe?

I'm not really a writer. So it doesn't go any further. But I could speculate on where it would go.

I imagine. I don't know- I think that their friendship lasts. That Shao comes up to visit. He shows up at Zeke's door. Zeke is ecstatic to see him.

But, they still have some stuff to work through, that they'd kind of been ignoring when they'd been talking. But once they're in the same place again, it's hard.

But they talk and when Shao leaves, Zeke really doesn't want him to go.

So he comes back.

DLJ and yeswayappianway as well as 2 guests left kudos on this work!