The trend you might notice here is that I stole two costumes from Shoma Uno. Not my fault Japanese men have the best costumes
Anyway Baz's SP costume is still subject to change 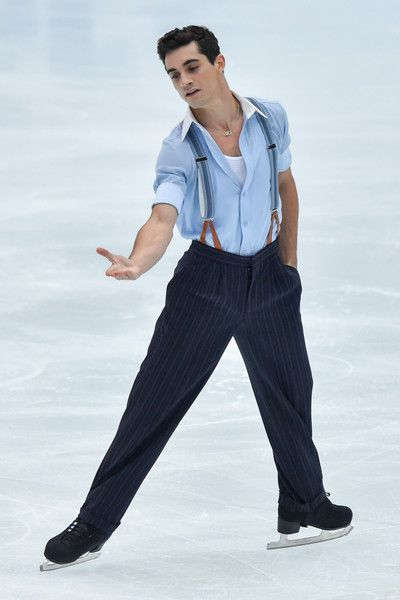 And if you can imagine, his hair would be slicked and parted

Simon's FS: Flight of Dragons and The night king by Ramin Djawadi (From the Game of Thrones soundtrack)

Imagine this but burgundy red like his wings. (Also I put a gif instead of a picture because picture does no justice to the way this costume looks in movement)

(Actual skater and program: Shoma Uno, he only used this at the 2019 World team trophy for his SP which I am a little bit mad about because look at this costume! It's amazing!) 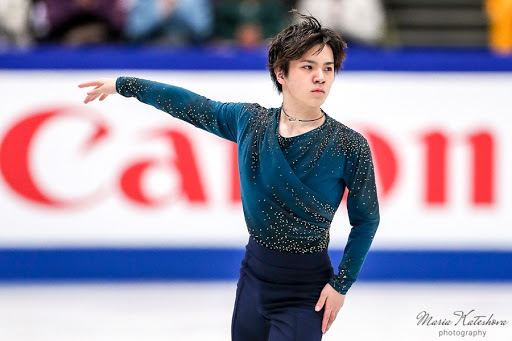 This one is subject to change. Idk what to do for the hairstyle, some sort of a fancy looking bun? Honestly, whatever Yurio has going on for him in YOI, I'm digging it!

Ok, backstory here. So, The white crow is a film about Rudolf Nureyev, a Russian ballet dancer so when I was thinking about costumes for Baz, I thought "hm, why not use one of Nureyev's costumes?" so that's exactly what I did, but it's not an ideal costume for figure skating so I merged it with Mikhail Kolyada's White Crow costume so here's my vision

Okay so Rudolf Nureyev's costume (at least I think that's Nureyev? this is literally the only picture of this costume that I found and I don't know from which ballet it is) 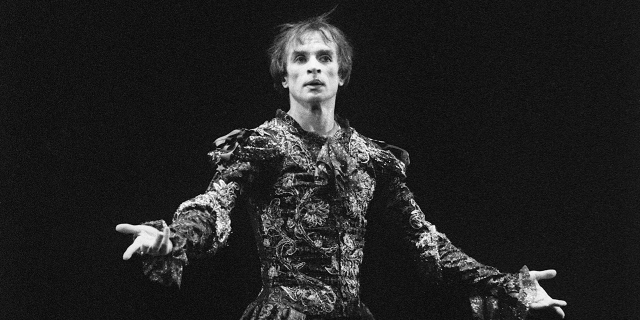 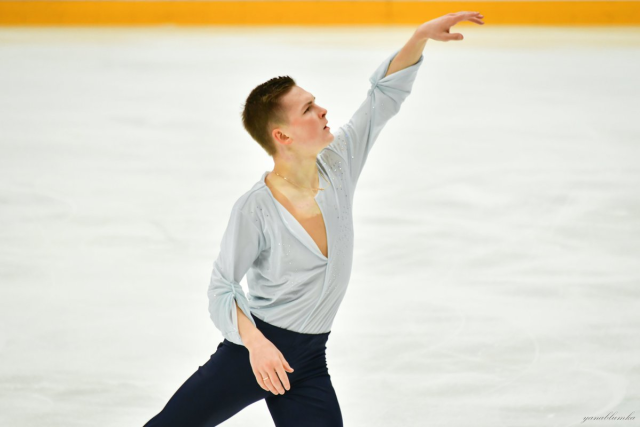 I spent so long figuring out how the pictures work in AO3 so if this doesn't work, I might cry

also yo if anyone wants do discuss figure skating costumes with me, please hmu (my tumblr) also like I said, Baz's SP costume might still be subject to change, his music is Winter by Vivaldi so if you have any ideas? Hit! Me! Up!