Serena helps Charlotte take care of herself, without telling her wife. Bernie gets answers for her grandson when he is brought into AAU by the sitter. 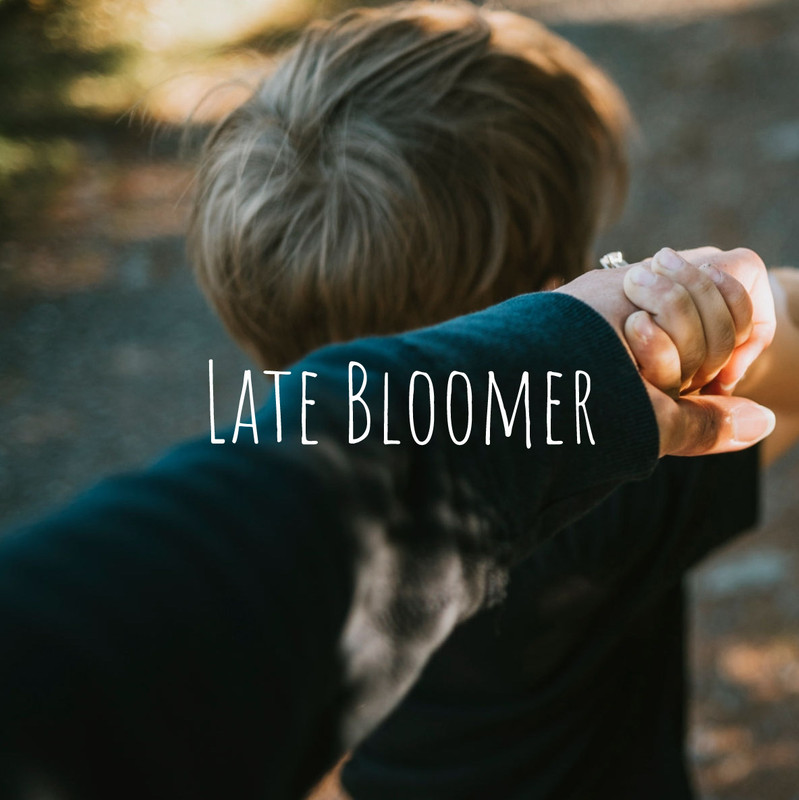 So, I wrote two stories. Both of them happen in the same series and one is a sequel to the other, while also being a prequel to another. It's wild, man.

TW: This story includes talk of a termination. This is previously mentioned in Adventures of Cole Wolfe.

Bernie notices a change in her daughter.

Owen Anand stands at the window of his parents’ home, running his fingers along the glass surface. Over and over. At three years old, he had only recently taken his first steps. Something his brother had done two years prior. He sways from foot to foot, excited by the texture beneath his fingers.

“Owen.” Charlotte Wolfe calls to her son again, crouching near him. “Owen!” However, her son doesn’t respond, only swaying back and forth in front of the window in the dining area of the kitchen. It’s the only one he’s able to reach and he’d come to stand in front of it often. “Just going to ignore me?” She sighs softly. “Well, I’d better get used to it now instead of when you’re a teenager.”

Lane Anand, seeing his mother attempting to communicate with his brother, feels the need to help her in her pursuits, as he often does. “Is it time to pick up Cole, Mumma?” He gently takes his brother by the hand, guiding him toward the mother they share. An unwritten language between the twin brothers, it had always seemed Lane knew exactly what his brother needed.

“In a bit.” Char flashes her son a half smile, doing her best to cover her own fear.

It was almost as if Owen had regressed from where he was previously. He had taken much longer than Lane to walk, and still doesn’t really talk outside the occasional groan of, ‘Mum’ . Everything has always screamed to Charlotte that there might be something else going on with her son, but their pediatrician would constantly tell her that she was overreacting. Constantly tell her that Owen was just a late bloomer.

“Would you like a snack?” She asks both of the boys, receiving an eager nod from Lane, but no reaction from Owen. “Fruit okay with you, Laney?” Charlotte lifts Owen into her arms walking them over to their high chairs. She smiles softly to herself when Owen gently nuzzles his face against her neck.

“Melon?” Lane tilts his head to the side, waiting for his turn as his mother places his brother into the high chair. “Gran gives us melon all the times, but sometimes it’s frozen like an ice lolly.” He hums, pleased by the thought. Grinning broadly, Lane always wants to make his mother happy.

“You just reminded me. Gran said she’ll get Cole from school today. So, no need for us to rush...since I have a habit of giving you both a snack too late.” Charlotte buckles Owen in before placing the tray over top. “Means no wrestling with your brother to put on shoes either, so...win-win.” She makes quick work with Lane, not needing to buckle him in or anything, just placing the tray over top.

“Will Daddy be home later too?” Lane watches his mother, his head tilting to the side.

“For dinner, as usual.” Charlotte smiles at him before walking back over to the fridge, “did you want to make him a picture like you did the other day?” Finger painting was an activity that both boys enjoyed, and were able to do. She did need to keep an eye on Owen so that he didn’t eat the paint, but she could relax a bit since it was non-toxic and colorless. It felt of wax and would show up on the special corresponding paper. They loved it, all for different reasons. Charlotte that it wasn’t messy, Lane that he could create his art, and Owen that it felt interesting.

Most of their days were just like this. Spending uneventful time together. Lane craved attention from his mother, who was more than happy to oblige him when she wasn’t attempting to decipher what was making Owen tick. Her parents had suggestions, but she didn’t want to hear them. A part of her was afraid to hear them. Not because she was angered by them in any way, but she feared for what her son was going to have to face as he grew older.

Bernie pushes her way into her daughter’s home, watching as her eldest grandson runs past her to look into each room, finding his siblings and mother in the kitchen. “In case you couldn’t hear, we’re home.” She chuckles a little, “Cole, you don’t need to make that much noise.”

Cole motions to his brothers who have moved onto finger painting after their snacks were complete. “Mum, can I do that too?” He pats her leg, smiling up to the woman.

“Let’s talk about playgroup first, sweet boy.” Charlotte reaches a hand toward him, gently pushing the light brunette hair from his face. “Did you learn anything new today?”

“No.” Cole answers simply, glancing over to his brothers for a second, then back to his mother, “can I paint now?”

“I told them all about my birthday party.” Cole offers.

“Your birthday party?” Charlotte furrows her brow, “but we haven’t talked about that yet.”

“I know it’s soon.” He continues, “and I want a doctor party. Everybody dresses up like a doctor and-”

“Performs surgery?” Char tilts her head to the side, “I don’t know if that would be very fun.” She pauses, “how about we wait for your father to get home and we can all talk through it together? Brainstorm a bit.” It isn’t that she wouldn’t do whatever his request would be, but their family has always been so ingrained in the medical field, that she doesn’t necessarily want her son to feel forced into anything.

“I want a doctor party.” Cole responds again, then motions to his brothers painting. “Can I paint now, please?”

Sighing softly, Charlotte nods, “go and get your supplies and a smock.” She watches him excitedly run off before glancing at her mother, “I bet you’re loving every second of this.”

Bernie lifts her hands up to show her innocence, “I am remaining completely neutral in this discussion.” She moves over to Charlotte’s fridge for the pitcher of cold water. “I would like to point out that he gets that behavior honestly though.” She pauses when she notices her daughter roll her eyes, “I seem to remember a little girl about the same age who wanted to be a creme egg for Halloween.”

Char begins to smile to herself, “I don’t think I begged, per say.”

“You were very certain about what you wanted.” Bernie smirks, obtaining a glass from the upper cupboard and pouring herself a glass of water, then returns the pitcher back to the fridge. “Your father tried to talk you out of it over and over again. You would answer him very simply, very concisely with a denial each time. Even when he told you that no one made a costume of a creme egg.” Bernie takes a sip of the water, “you told him-”

“Anything is possible.” Charlotte nods, chuckling softly to herself. “I guess I’m being a bit-”

“I think you made the right call about talking it through with Ryan, if it’s any consolation.” Bernie walks next to her daughter, giving her shoulder a gentle squeeze.

“I should order him a pair of scrubs.” She lifts a hand, running it through her hair before tucking a portion behind her ear. When her eldest son returns with his supplies, she sets him up at the table there without much thought.

“I think I can cover that for you.” Bernie smirks, watching her grandchildren. She notices Owen ready to put his paint covered hand into his mouth. She rushes over to him, blocking him from doing so. “Probably not the best idea, Owen.”

Owen lets out a frustrated yell, no real words or anything like that, just a yell. He follows the blocking hand of the woman up to meet her face, but looks away quickly, smiling to himself. He loved when his grandparents were over and didn’t notice that his Gran was there. He reaches out again, taking her hand, wanting to show her what his Vaseline-like paint felt like.

Bernie watches closely, obliging him and watching his smile grow a bit more.

Char watches her son’s interaction with her mother, especially with how gentle he’s being with her despite just having an outburst. He isn’t often that gentle with her, but maybe it’s her fault as well for expecting more from him than what he seems able to give. She closes her eyes,inhaling and exhaling slowly. “Mum, would you mind keeping an eye on them? I’m just...going to get some paracetamol upstairs.”

“Headache. I’ll just be a moment.”

Bernie watches as her daughter walks off, staring in the general location for a moment. She turns her attention to the twins in front of her, being certain to act amazed at their abilities.

“She does that often, you know.” Cole uses his large paintbrush on the paper in front of him. Same brand as his brothers’, the paint wouldn’t show up unless used with the special paper that went with it. When his grandmother moves to sit next to him, he continues, “locks herself in the bath sometimes...or her bedroom.” He shrugs, “usually waits for Dad to get home...or when you or Nan are here.”

Bernie leans forward, watching what he’s doing as she speaks, “sometimes, Mums just need a few moments to themselves. It might seem silly, but...sometimes that’s all we need to relax.” She pauses, “especially with three rambunctious boys like your mother has.”

“Everyone is different.” She answers softly, knowing he wouldn’t ask the question if he hadn’t heard it first hand. Reaching over, Bernie runs her hand through the boy’s hair, “but it isn’t anything for you to worry about.” Bernie offers him a reassuring smile.