Forgiveness is a funny thing. As a child, you give it freely. A simple "I'm sorry," can erase almost any hurt. As you grow older, get burned a few times, develop a few scars, it becomes harder and harder to give. "I'm sorry," is the beginning of the conversation, not the end. And if you're burned enough times, develop scars that will never heal, forgiveness becomes an abstract concept, something Oprah talks about giving for yourself. And there are some wounds that can never be mended, not with a million "I'm sorries." 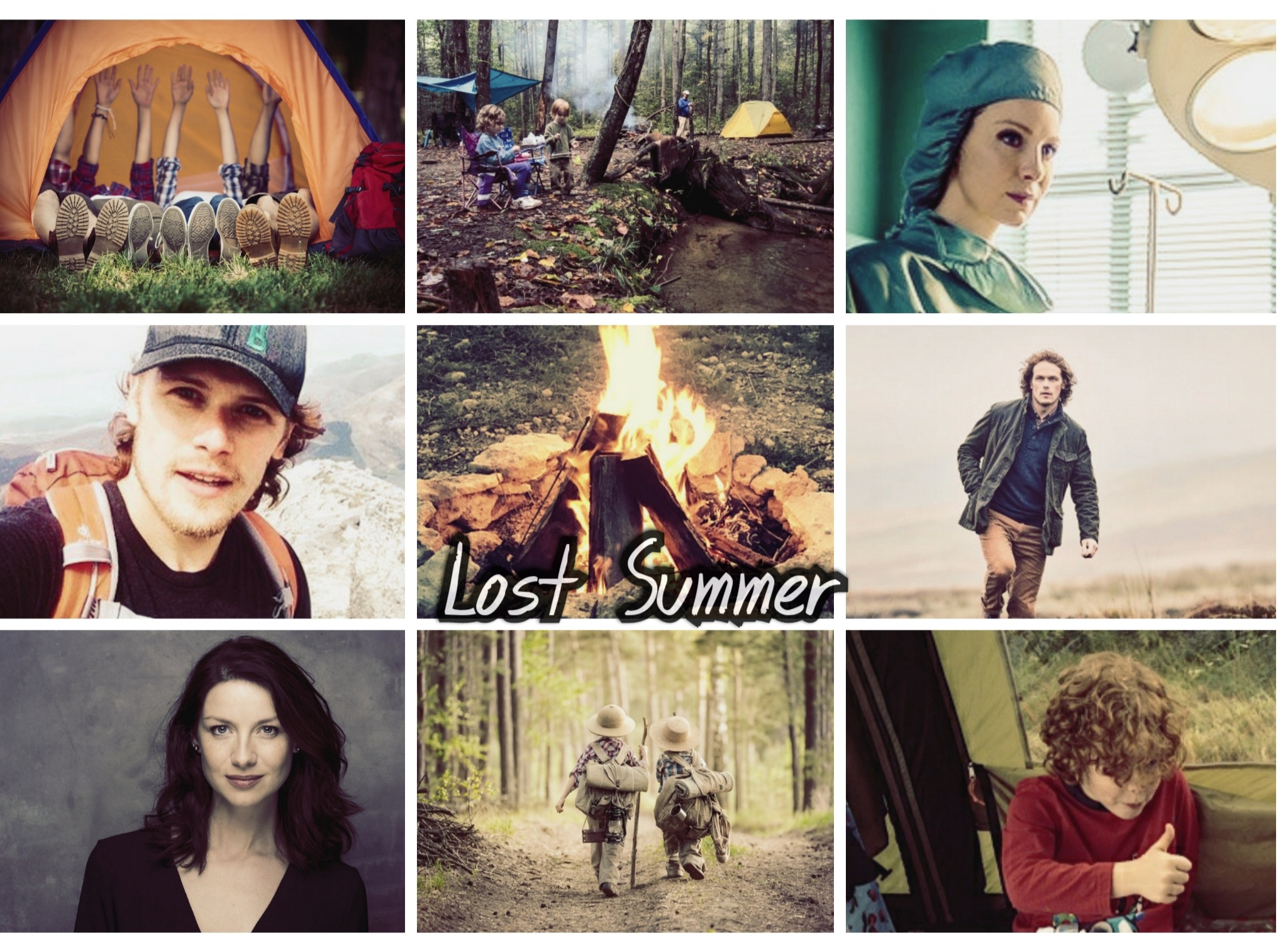 I jumped, nearly spilling my coffee. "Jesus H Roosevelt Christ, Gillian. You shouldn't go sneaking up on people like that."

"Sorry, darling. I was just excited I found you here," Gillian said, pouring herself a cup of coffee and looking at me with a glimmer of mischief in her emerald green eyes.

"It's too early to be excited," I responded, rolling my eyes at her.

"Early? You weren't the one doing a c-section at 3 AM. Sometimes I think you picked your specialty because it means you don't have to take as many middle of the night emergency calls."

"Yes," I replied, smirking. "Because Perinatal-Neonatal Surgery  was the easy way out."

"Alright, alright.  You don't have to remind the rest of us mere mortals that you're a genius."

"So, are you going to tell me what you're excited about or do I have to ask?" I looked at my watch, knowing the Residents would be waiting for me to do rounds.

"Oh! Yes, of course. You are going on a date tonight!" she replied, looking at me over her coffee mug with wide eyes.

"Claaaaaiiirree," she said in a fake whine. "I don't know why you bother saying no, when you know I won't take no for an answer."

"Gillian, how many blind dates have you set up for me? And how many of those have worked out?"

"But this one will be a double date! Doug and I will be there, too."

I groaned. Doug , her latest beau, was not my favorite person.

"Please, Claire. Doug promised his friend he'd fix him up with someone."

"Doesn't Doug have any friends he can fix him up with?"

"None that he hasn't already slept with." She giggled and winked.

Not wanting to unpack that statement, I ignored it and replied, "And who is this friend of Doug's that I'm meant to go out with?"

"I think he said his name is John ? Or maybe Jake? It's not important. You'll find out tonight." She spoke as if the matter was settled.

"Come on, Claire. Doug says the poor guy hasn't had much luck in the dating department."

"Fine," I acquiesced, putting my mug on the counter. "I'll go, but you have to promise not to ditch me with this guy like you did last time."

She pointed her finger at her chest and made an X. "Cross my heart." She gave a small squeal and turned to run out of the doctor's lounge.

I sighed and had just turned on the water to rinse my mug out when Gillian popped her head back in the door. "Oh. I forgot to tell you. Doug says he's Irish or something. Accents can be fun!" She winked at me and headed out the door again.

I went through morning rounds wondering how I had let myself get talked into yet another blind date. Since I'd moved to Albany two years ago and started my job at Capital Region Medical Center, I'd managed to convince most of my coworkers that I was not interested in happy hours and dinner parties. Gillian Edgars, though, was relentless.

The truth was that I had actually come to think of her as a friend, after she'd worn me down until I had no other choice. She constantly regaled me with stories of her dating adventures, keeping me entertained during the procedures we partnered on. During long nights in the doctor’s lounge, she forced ridiculous bodice ripper novels on me and then giggled with me over the smuttiest parts. She showed up at my apartment on Saturdays and dragged me to the farmer's market.

No, I hadn't been looking for a friend, preferring to keep to myself and stay in on my days off, but Gillian had chipped away at me until I had no choice but to accept her overbearing love. And that was how I found myself on an endless streak of blind dates with every man in a twenty-mile radius.

You'll get through this one, Beauchamp, I told myself. Just like you've gotten through every other one before.

Gillian and I were pulled into a last-minute surgery, so we were both running late for our double date. I rushed home to change quickly, grateful that I didn’t have time to agonize over what to wear or talk myself out of the date completely. I chose a simple black dress and threw it on, examining myself in the mirror.

There wasn't much I could do with my hair without washing it and starting over. I had straightened it that morning, but by this time of day, my curls were straining to spring free, causing a massive poof of frizz sitting on top of my head. Glancing at the clock, I rubbed some frizz-ease into my fingers and pulled my hair back into a ponytail, shrugging at my reflection.

My phone vibrated and I glanced at the text on the screen.

Gillian: I'm outside. Hurry up!

No time to touch up my makeup, I threw on some red lipstick and headed out the door.

"You ready?" she asked me, as I slid into the passenger seat of her sports car.

When she pulled into the restaurant parking, I checked my hair and makeup one more time in the visor mirror.

Gillian looked at me smugly. "I thought you didn't care how this date goes."

"Are you sure about that, Claire?" she asked, suddenly serious. "Because I've watched you pick apart every man I've set you up with for the last year."

"Just remember, it's a date, not an autopsy."

When we entered the restaurant , Gillian walked past the hostess and stood on her tiptoes, looking around for Doug and his companion. When she spotted them at a table across the room, she pulled me by the arm.

His back was to me as we approached the table, but I knew it was him. Nobody else in the world held his shoulders in quite that way. Nobody else’s hair was that particular shade of red, a mixture of copper and auburn and claret all mixed together in a mass of curls.

I stopped dead in my tracks, my palms instantly sweating, and tried to take in a deep breath. This can’t be happening. This can’t be happening. Gillian gave me a strange look and I shook my head at her, holding up a finger to ask for a moment. Get it together, Beauchamp. I closed my eyes briefly and swallowed hard, my mouth suddenly feeling like I'd been chewing on sawdust.

Doug noticed us then and stood up as Gillian dragged me the few extra steps we needed to get to the table. Taking his cue from Doug, my date stood and turned around. He had a wide smiling of greeting on his face that disappeared when he saw who his mystery date was. His face went completely white and I could see his Adam's apple bobbing in his throat as he took a hard swallow. His light blue eyes locked into mine.

I vaguely heard Doug introducing us from across the table. “Claire this is – “

Unable to take my eyes away from his, I just smiled and finished the sentence for him. “Jamie Fraser.”

"Claire Beauchamp," he replied, his voice hoarse. His throat must be as dry as mine right now.

We held each other's gaze for another moment and then his face broke out into a genuine smile. I laughed nervously. "Hi," I said, feeling the heat rise in my cheeks.

"I take it you two already know  each other?" Gillian asked, her voice breaking our trance.

I smiled at her as Jamie pulled my chair out for me. "I guess you could say that," I replied as I took a seat.

My first conscious memory is of Jamie Fraser  dumping a muddy bucket of water over my head at the beach. We were both two years old at the time, me in my bikini with my little pot belly sticking out, he in nothing but a cloth diaper. He toddled over to me with a crooked grin on his face, his auburn hair sticking straight up on top of his head, and tipped the entire bucket over my mass of brown curls.

As soon as he did it, he burst into hysterical laughter right before I burst into hysterical tears.  When he saw my tears, his laughter turned into cries, and we both ran to our mothers for comfort. My mother enveloped me in her warm arms and gave me kisses on my muddy face. She pulled an extra towel out of the beach bag and wiped the mud off.

Jamie came back to me then, his lower lip still pouting and quivering, his arms stretched for a hug. At the age of two I was apparently not prone to holding grudges.  I hugged him back and he said to me, “Sowwy Cwaire.” Then we ran off to play together, all transgressions  forgiven.

Forgiveness is a funny thing. As a child, you give it freely. A simple "I'm sorry," can erase almost any hurt. As you grow older, get burned a few times, develop a few scars, it becomes harder and harder to give. "I'm sorry," is the beginning of the conversation, not the end. And if you're burned enough times, develop scars that will never heal, forgiveness becomes an abstract concept, something Oprah talks about giving for yourself. And there are some wounds that can never be mended, not with a million "I'm sorries."

But you forge ahead and move on, wearing your scars like a layer of protection.  And if you happen to cross paths with the one who cut you the deepest? Well, you put on a brave face and make it through a blind date with him, keeping as much of your dignity intact as possible.