There's that one day when Tony decides that he wants to traumatise SHIELD personnel by seducing Captain America - in the main elevator of SHIELD Headquarters.

(Astonishingly enough, they manage to keep the elevator all to themselves. People seem to opt for the stairs instead of joining them. Or berating them. Tony counts that as a success. Especially since he has way too much fun fondling Steve's admittedly fantastic rear to stop because of some agent wanting to actually use the elevator.)

(This is really not a thing Steve would usually agree to. He's not that kind of guy. Making out in your employer's elevator is highly unprofessional. The only problem is that Tony can be very persuasive when he wants to be. And he knows which of Steve's buttons to press in order to get what he wants.)

(Fury wants to strangle Stark. Personally. Slowly. Painfully. The nerve on that man!)

(Maybe he wants to strangle a certain national icon, too. It takes two to tango, after all. And according to the surveillance tape, the good Captain didn't put up too much of a struggle. Fury is rather tempted to call it enthusiastic participation instead.)

Okay, so here's the next manip I promised to post. It's a bit more on the fun side than the last one - I have to keep you happy, after all, and that means a bit of variation is in order ^_^ Do you like Tony's naughty side? I think Steve does, no matter what he might say once he's out of that elevator and can think clearly again... XD

A question: I got some people asking how I make those manips - should I make a wee explanation poster at some point? Like, take one manip, show the single, unedited pieces and what I generally do with them? Or would you rather keep the illusion? XD 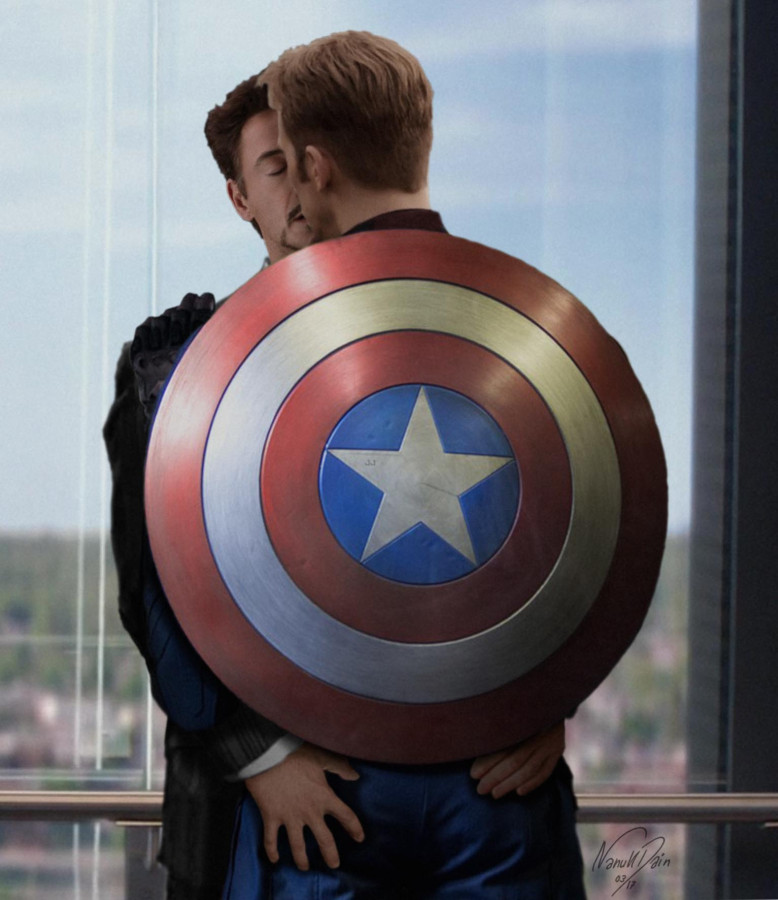