The Bane of My Existence (A Bridgerton AU Textfic) Accessible Version

This story is the same content as my other story The Bane of My Existence, but it includes image descriptions so that the entire work can be read with a screen reader.

Thanks so much for reading!

[Summary: Kate Sharma and Anthony Bridgerton both have high stress jobs. When friends/family force each of them to attend a week-long silent meditation retreat to relax, neither takes it seriously (or is very happy about it). After a few flirty exchanges between them, things get steamy, and they try to make the most of their otherwise frustrating week. Though they part ways expecting their time together to have been no more than a fling, when they return home, it becomes apparent that Kate and Anthony aren’t the total strangers they thought they were.]

There may occasionally be lines from Bridgerton Season 2, and there may be a few nods to the original source material (‘The Viscount who Loved Me’ by Julia Quinn).

All photographs are used for entertainment purposes only.

I have no beta, so all mistakes are my own.

This fic is going to be highly Americanized, in addition to being modernized. 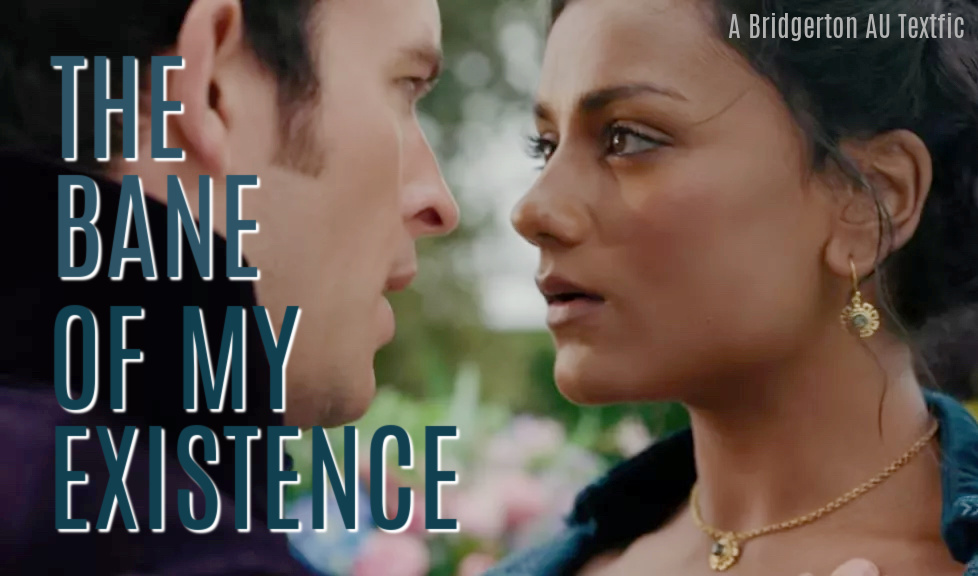 [Image Description: Cover art reading The Bane of My Existence: A Bridgerton A.U. Text fic. It is a photo of Anthony Bridgerton (left) and Kate Sharma (right) almost kissing. Anthony is a white man with brown hair, and Kate is an Indian/South Asian woman with dark hair./end ID] 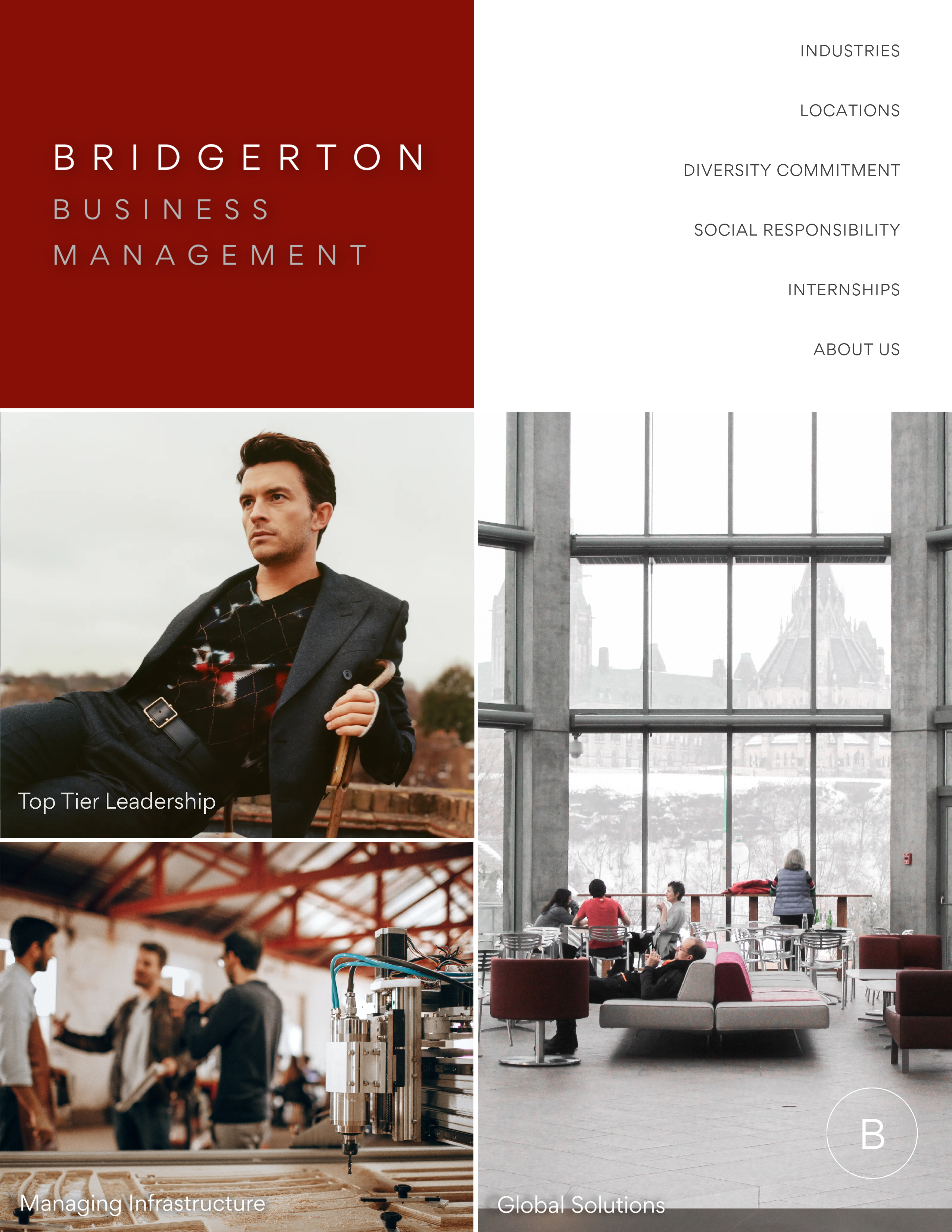 [Image Description: Homepage for the company Bridgerton Business Management. It is divided into five sections. Section one (upper left) has the business name in white text over a dark red/maroon background.

Section two (upper right) has gray text over a white background. Each line is a link, and the links are as follows: Industries, Locations, Diversity Commitment, Social Responsibility, Internships, and About Us.

Section three (middle left) is a photograph of Anthony Bridgerton. He is lounging on a wooden chair looking slightly to his right. He is wearing a dark gray suit with a red, white, and black argyle print. The text over his photo reads “Top Tier Leadership.”

Section four (lower left) is a photograph of three men talking in an industrial-looking space. The front of the photograph includes a small machine that appears to be carving grooves into a hard material (e.g., wood). There are red beams on the ceiling, and the text over the photo reads “Managing Infrastructure.”

Section five (lower right) is a photograph of an office building cafeteria. The majority of the photo is taken up by large picture windows. The text over the photo reads “Global Solutions.” There is also a letter “B” inside a circle on the bottom right part of the photo./end ID] 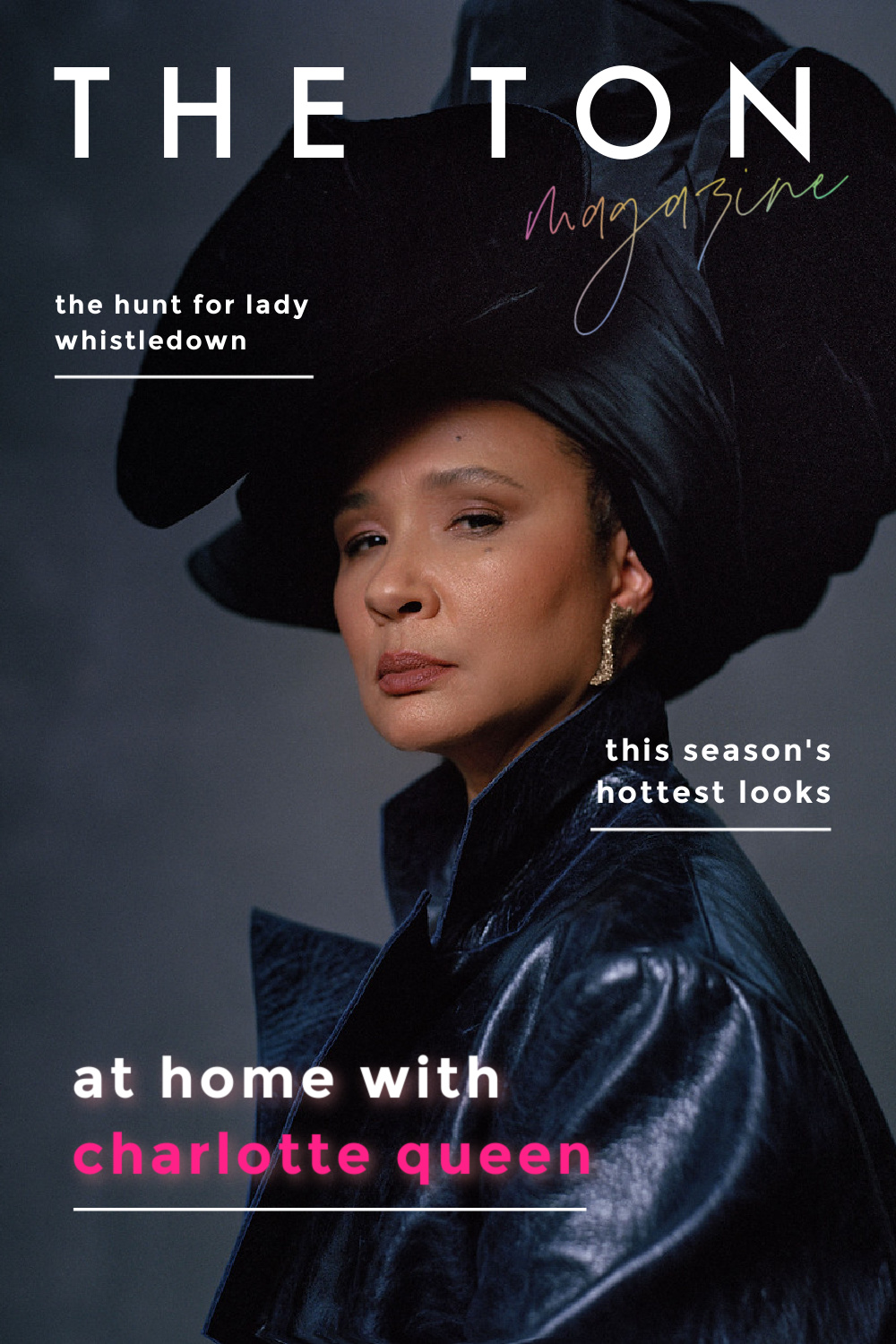 [Image Description: Cover of an issue of The Ton magazine. The cover photo is of a beautiful black woman in a large black hat and black clothing. She is turned slightly to her right, but she is looking straight at the camera. The woman is a minor character (Charlotte) who will appear later in the story. There is white text at the top of the photo that says “The Ton” and there is script text in pastel rainbow that says “Magazine.” There is also white text over the photo with three article topics: “The hunt for Lady Whistledown,” “This season’s hottest looks,” and “At home with Charlotte Queen.” The name Charlotte Queen is hot pink./end ID] 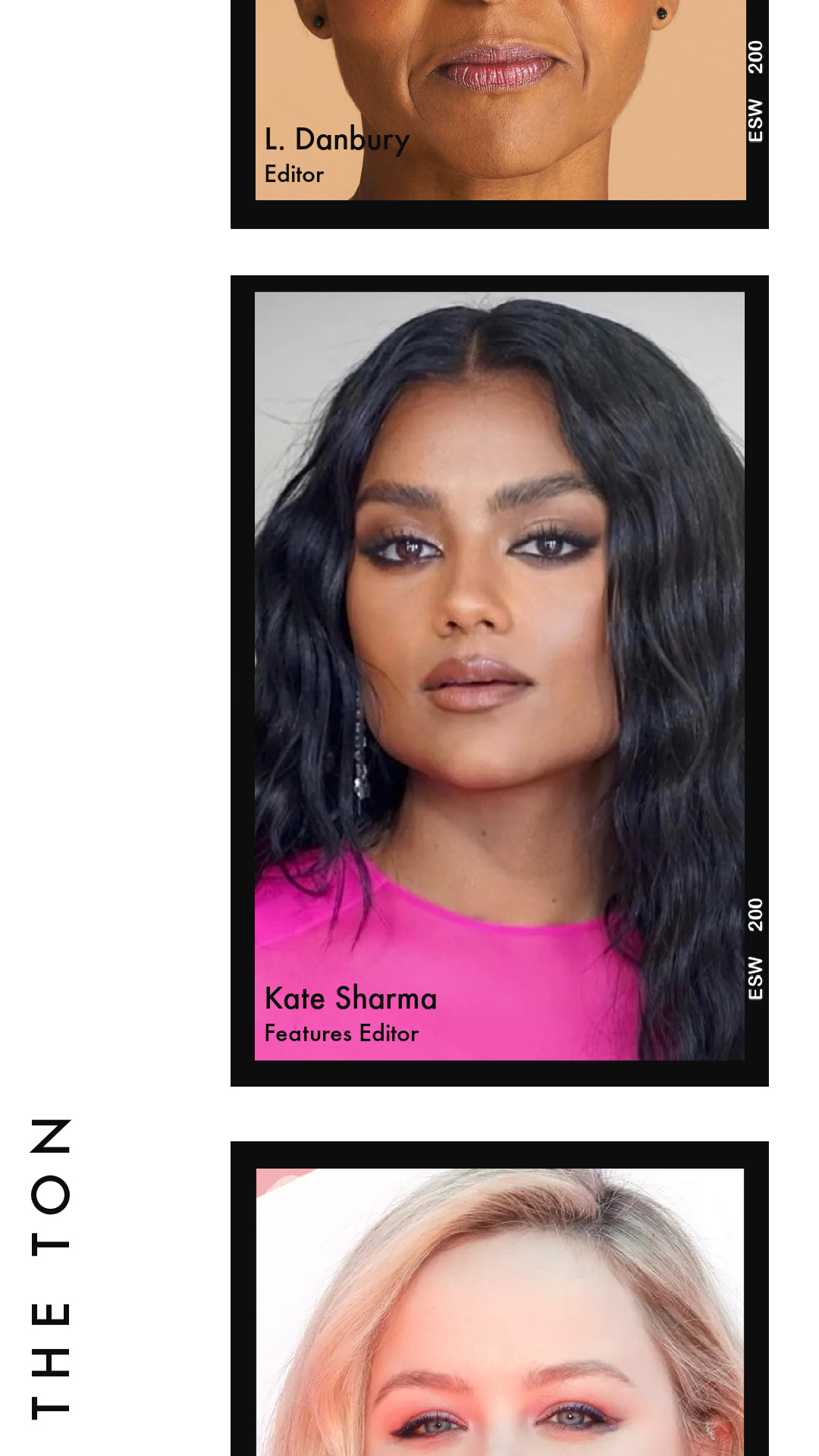 [Image description: Bio page of The Ton magazine. There are three photos in a column.

The top photo is of part of a black woman’s face. At the bottom of the photo are the words “L. Danbury, Editor.”

The middle photo is of Kate Sharma (the Indian woman in the cover photo). She is wearing a hot pink outfit. Her hair is down, her her makeup is done. At the bottom of the photo are the words “Kate Sharma, Features Editor.”

The bottom photo is of part of a blonde, white woman’s face. The photo is cut off at the bottom, and a name is not visible.

There is text on the lower left side of the page that reads “The Ton.”/end ID] 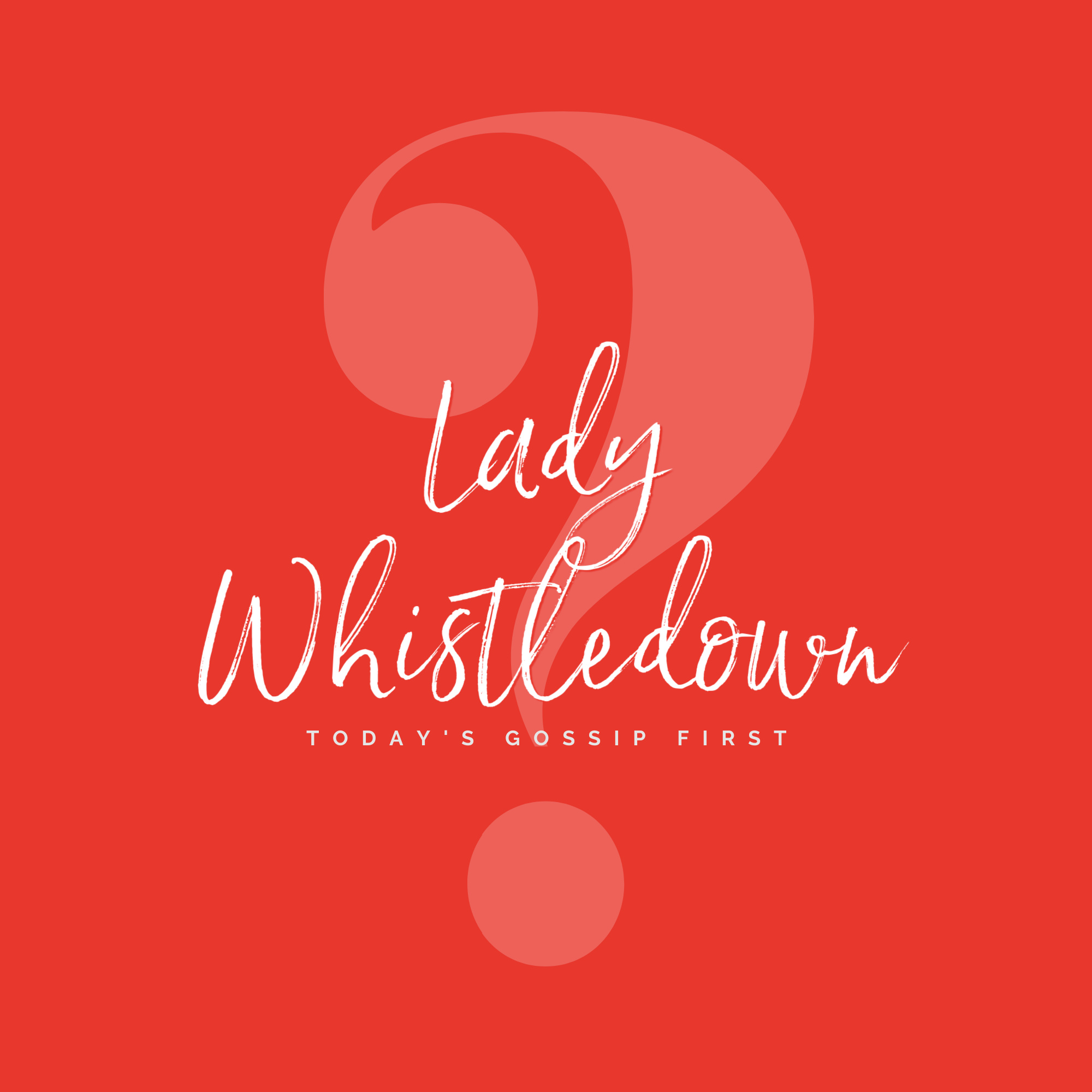 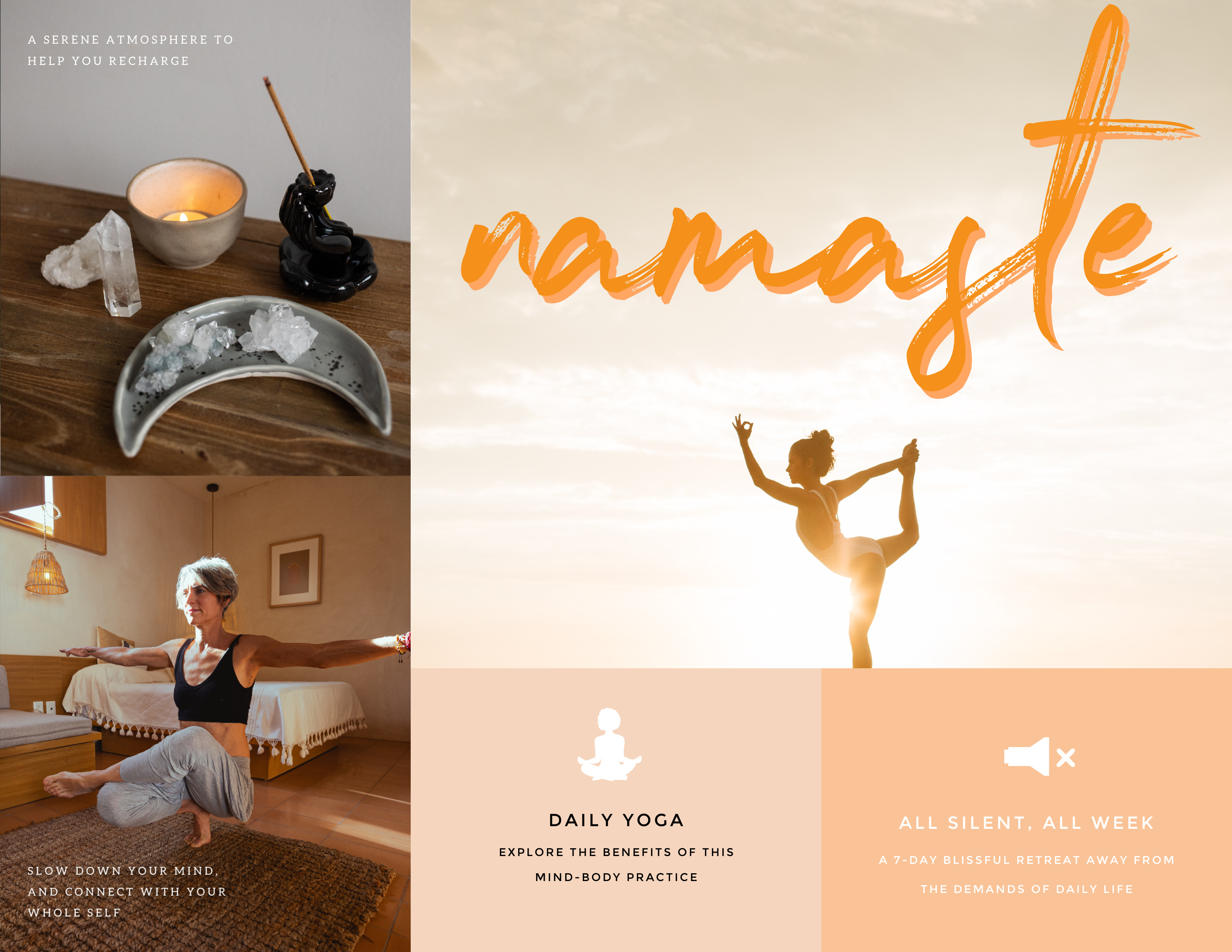 [Image Description: The homepage for a yoga retreat. There are five sections.

The upper left section has a photo of a candle, incense, and crystals. White text over it reads “a serene atmosphere to help you recharge.”

The lower left section has a photo of an older white woman in a black sports bra and gray pants. She is doing a yoga pose on a rug. There is a bed with a white bedspread in the background. There is white text over the photo that reads “Slow down your mind, and connect with your whole self.”

The upper right section has a photo of a woman in a yoga pose in the sun. There is orange text over it that says “Namaste.”

The lower middle section is a light orange square with a white profile of a person sitting cross-legged and meditating. There is black text that reads: “Daily Yoga: Explore the benefits of this mind-body practice.”

The lower right section is a slightly darker orange square with a white “mute” icon. There is white text that reads: “All silent, all week. A 7-day blissful retreat away from the demands of daily life.”/end ID] 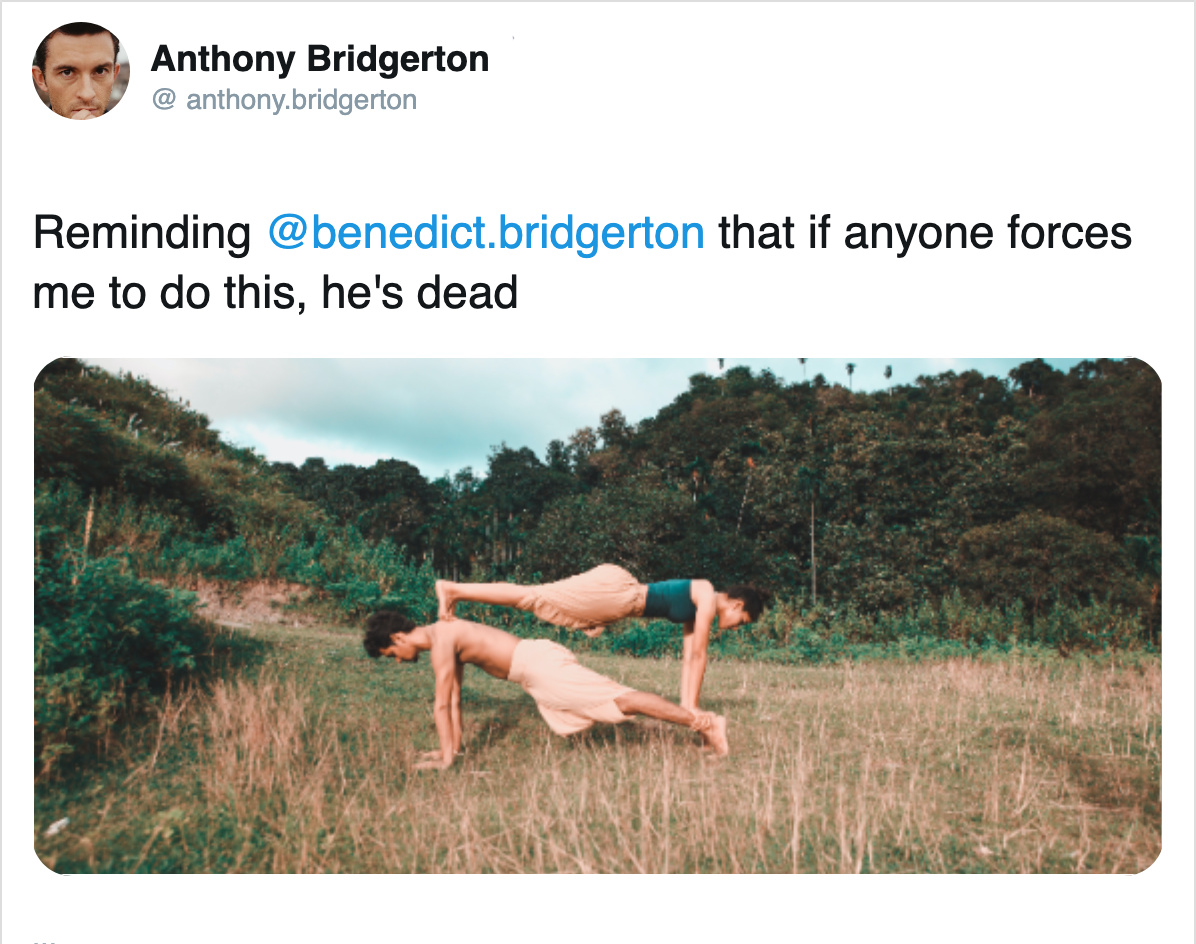 [Image description: Tweet from Anthony Bridgerton. His twitter handle is @anthony.bridgerton. The profile photo is of the face of the brunette man from the cover art. His chin is resting on his hand. The tweet includes the text “Reminding @benedict.bridgerton that if anyone forces me to do this, he’s dead.” The tweeted photograph is of a white man and woman doing a yoga pose. The woman is balanced on top of the man’s back. The couple is on a hill or mountain, and they are surrounded by bushes, trees, and grass./end ID] 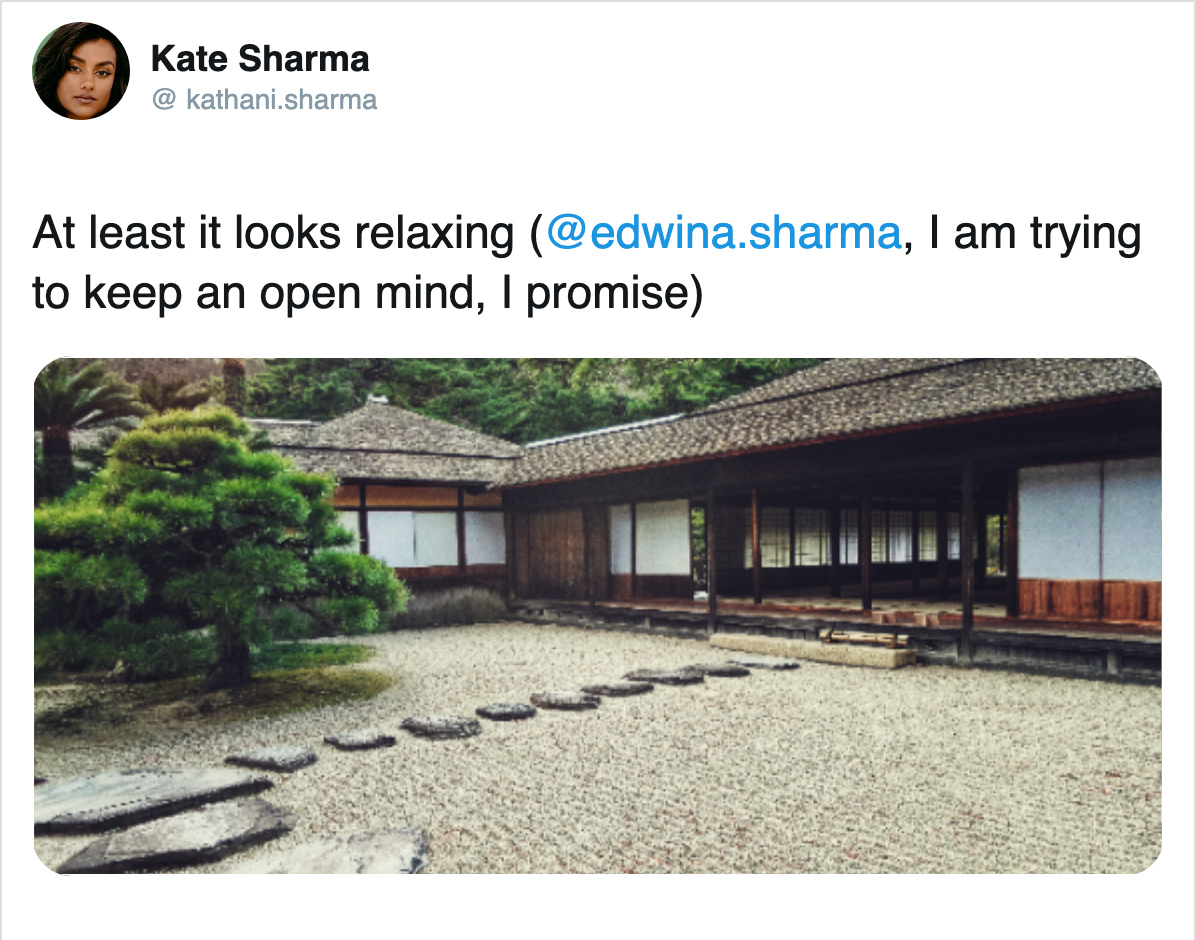 [Image description: Tweet from Kate Sharma. Her twitter handle is @kathani.sharma, and the profile photo is of the beautiful South Asian woman from the cover art. The tweet reads “At least it looks relaxing (@edwina.sharma, I am trying to keep an open mind, I promise)” and is accompanied by a photograph of a pagoda-like building. There is a zen garden in front, and there are slate stepping stones./end ID] 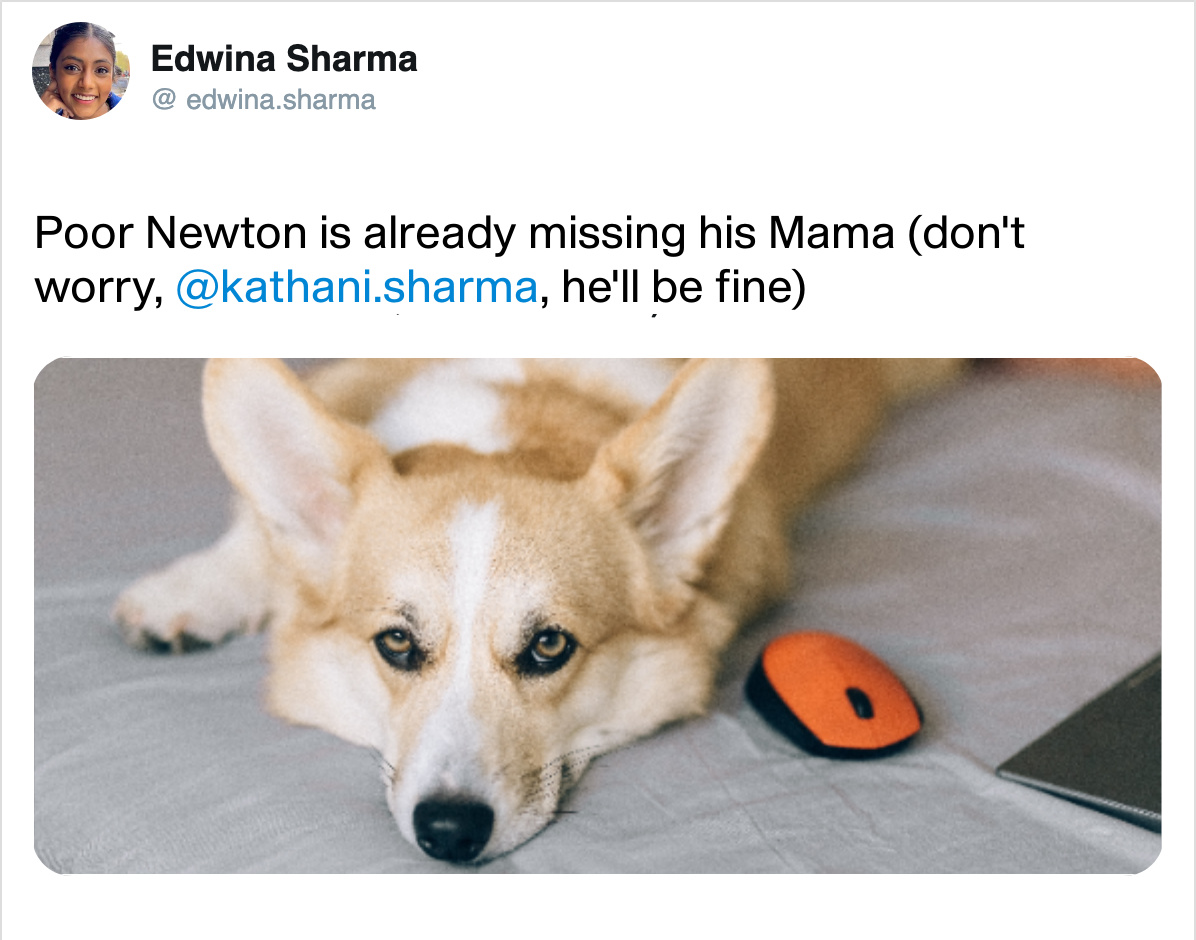 [Image description: Tweet from Edwina Sharma. Her twitter handle is @edwina.sharma, and the profile photo is of a pretty Indian/South Asian woman. Her head is resting on her hand. The tweet reads “Poor Newton is already missing his Mama (don’t worry, @kathani.sharma, he’ll be fine” and is accompanied by a photograph of a Corgi lying on his tummy on a gray blanket./end ID]