During a weekend getaway to attend a wedding on the central coast of California, Claire Randall takes a walk on the beach at Lover’s Point. As she wades into the ocean, contemplating the state of her life since her husband died three years before, she notices a wine bottle being carried in by the tide. She would have ignored it, but her name is printed boldly across the label. She retrieves it, turning it in her hands to inspect it thoroughly. A delicate clattering in the glass has her pulling on the cork to examine the life-changing contents awaiting her inside. 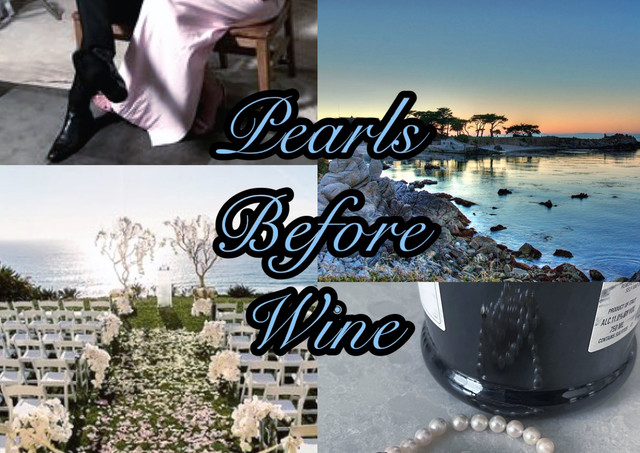 This collection was a result of some of us deciding we need some fresh new summer fics for the 2022 season (even though some—Bel—are currently enjoying winter in the southern hemisphere).

My contribution is a bit of fluff that takes place on California’s central coast. It was conceived as a 1-shot and turned into a 6 chapter story (yeah, yeah, I know).

Though primarily set in Monterey Bay, Pebble Beach, & Cayucos, I ask that you please forgive a few artistic freedoms I took in playing fast and loose with a handful of locations, restaurant names, landmarks, and such to suit my needs. The majority of this story is a faithful representation of the spirit of the region, but this is my fictional world, and the changes I made hopefully enhance the story.

Most of California tends to be a scorchingly🔥hot place in the summertime, and those of us who flock to the beach do so, not for warmth and sunshine, but to COOL THE FUCK DOWN. My ideal beach is a place where you can wear a swimsuit in the day, a hoodie at night, and flipflops (or chanclas as we call them) at any hour.

There is a lot of wine consumption in this fic, so if reading about people drinking (and getting drunk) isn't your thing, please don't feel the need to read or comment. This is a story of two people in their 50s, enjoying the delights of decades of hard work paying off. 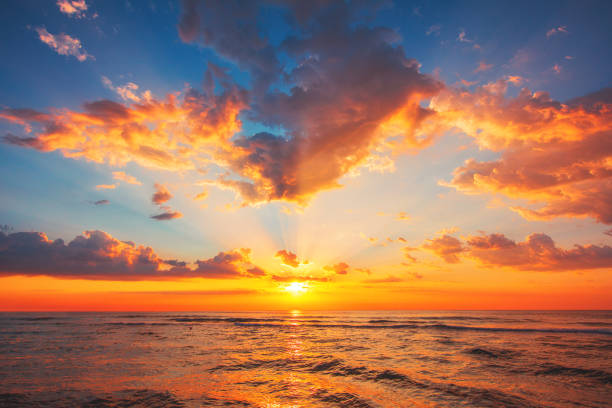 I stared out over the sparkling Pacific Ocean, sipping a glass of viognier and watching the sun sink below the horizon. The salty ocean air paired well with the full-bodied wine.

I dipped a piece of freshly baked sourdough bread into my bowl of clam chowder and moaned indecently when it touched my tongue. It was pure heaven.

Over the last few years, I hadn’t made much effort to do anything so pleasurable. Work was life since Frank died, and though I didn’t see that as a terrible thing, I wouldn’t call it exceptionally fulfilling.

I need this, I thought to myself, gazing out over the beauty of the Monterey Bay coastline from a restaurant at the end of the pier. I need to get away from the bloody hospital once in a while. I was almost grateful for the upcoming wedding that forced me to take this trip.

By my third glass, a pleasant buzz began warming me despite the cool wind blowing in off the water. My slight intoxication muted the quiet rumble of dinner conversation around me, blending it in with the sound of the waves breaking on the shore below. It was peaceful and soothing—a nice change from the urgent shouts and beeping alarms more common in nights at the hospital.

My eyes landed on the empty seat across from me, and a familiar loneliness clenched at my heart. Frank’s ring weighed heavily on my finger.

I wasn’t missing him specifically, at least, not at that moment. No. I was missing the quiet intimacy of long-time companionship…the having of someone who was mine and to whom I belonged in return. Someone to share these special moments with.

Yet the mere thought of dating, of actively searching for someone to share my life with, turned my wine sour. I shivered at the memory of my last outing with Gerald Forbes. Being single and a little lonely was far better than listening to a grown man chew with his mouth open while he informed me of all the reasons I was lucky he swiped right.

I finished my wine and settled the tab, trying to hold onto the sense of peace bestowed by the delicious meal and breathtaking view. My buzz aided in sustaining relaxation, making the lights on the pier twinkle at the edge of twilight.

The evening winds of California’s central coast were cold enough to discourage loitering, driving the crowds of people indoors. I found an empty bench by the waterfront to sit and wait for my Lyft. The biting wind nipped at my ears, so I pulled my collar up for protection. As I watched a sailboat navigate the crowded marina, my whole body shivered at the thought of being out there in the ocean as chilly as it was.

“Dear God, it’s cold,” said an impatient voice nearby. I turned to see a man leaning against the rail on the docks, rubbing his hands together for warmth. It took me a moment to realize he spoke with an English accent.

“Come now,” I teased. “This should be nothing to an Englishman like yourself.”

His brows rose up, and I could see a familiar joy in his eyes at hearing a voice from home in a faraway land. “I left my coat back at the restaurant.”

“You’re not going out there this evening, are you?” I nodded toward the marina.

“God no,” he laughed. “Only a tried-and-true sailor or bloody fool would brave these winds.”

“Then you’re just enjoying the view?”

“Oh no. I’m waiting for a friend. He hired someone to take him out to Lover’s Point. He’s coming back now…just there.” He pointed to a docking sailboat.

“Is your friend a tried-and-true sailor? Or a bloody fool?”

“The latter, I’m afraid.” His laughter was full of affection.

I checked my app for the status of my ride. It was getting close. “Lover’s Point? Was your friend meeting someone special?”

“I have no idea. We were finishing a bloody marvelous pinot noir at The Sandbar, then he suddenly jumped up and announced that he needed to find a boat. He marched right down here and located someone foolish enough to accept his price.”

“Let me guess…that wasn’t the first glass of pinot your friend had this evening?”

He smiled brightly. “It was not. Not even the first bottle.”

“He wouldn’t let me, and the bastard is as stubborn as a mule. I’m just here to ensure he makes it home safely.”

The headlights of my ride pulled into the lot just as the Englishman stepped down the docks to meet his friend.

I watched a large man emerge from the boat and collapse on his hands and knees at the Englishman’s feet. He gagged several times, giving the Englishman just enough time to clear out before vomiting all over the dock.

“Oh my.” I rushed over, doctor’s instincts never really on vacation. “Are you alright?”

The dark pink color of the vomit and its particular fruity scent indicated that the “bloody marvelous pinot noir” he drank earlier was likely the cause of his nausea. He was fucking drunk. I wondered just how much alcohol it took to fell an enormous man like that.

I knelt beside him, careful to keep my shoes clean, and lifted his head. His hair was cut short and appeared auburn or brown in faded light. His eyes were glazed over and sunk in with intoxication, but even the lack of sun couldn’t hide their pretty blue color.

“My name is Claire Randall. I’m a doctor,” I assured him, checking what I could of his vitals. “Here. Follow my fingers with your eyes…no, just your eyes.”

“Do you know where you are?”

“How about an easier question? Do you know who you are?”

He gazed up at me dreamily, finally seeming to realize I was an actual person. When he spoke, it was with a hint of a Scottish accent. “How do I ken who I am or where I am? How could a single wave locate itself in an ocean?”

“He’s quoting Rumi,” said the Englishman, bending down to help his friend to his feet. “Don’t mind him. He gets poetic when he’s drunk.”

“This man needs rest and hydration,” I prescribed. “And a toothbrush.”

“Thank you, doctor. I’ll ensure he gets it.”

A car honked its horn from the lot. My ride was waiting. “Just make sure he keeps breathing, will you?”

“You are not a drop in the ocean,” the Scot said to me, still staring in fascination. “You are the entire ocean, in a drop.”

I chuckled and looked at him one last time with plenty of sympathy for the headache he was sure to have in the morning. I waved goodbye and turned to make my way to the car.

The Scot’s loud, intoxicated voice boomed out across the distance. “Jesus, Mary, and Bride, did’ye see the arse on that woman? Oh, Christ, what I’d do to bury my face in—”

“Funny,” the Englishman interrupted him, “but I don’t recall Rumi ever saying that. Let’s do our best to avoid restraining orders and public intoxication charges this evening, shall we?”

As I slid into the car, the Scot’s eyes were still locked in my direction. The poor Englishman was fruitless in his attempts to drag him off the docks. I gave a small wave to indulge him before letting the driver know I was ready to go.

Encouraged by that tiny bit of attention, the Scot stumbled forward, eager for more. The car drove off, leaving him to chase behind, waving like a drunken fool for us to stop. I shook my head and chuckled quietly, thinking it was too bad he was such a bloody sot, because he was quite pretty to look at, even covered in sweat and complexion green with nausea.

The car pulled onto the main road, and he had no chance of keeping up. I was surprised by my slight disappointment, though I had no intention of having the driver turn around. Peace and a little loneliness were far better than being caught up in the foolishness of a man like that.

My heart warmed. It was nice to be wanted sometimes.