your love lifts me up...like helium

Jace is always so proud of Clary.

Hey, beautiful people :) Back with just a small piece that's been inspired by some recent events and conversations. I hope you enjoy. Also, Happy Holidays to everyone wherever you are, and however you celebrate :)

Disclaimer: I do not own the characters or the title. 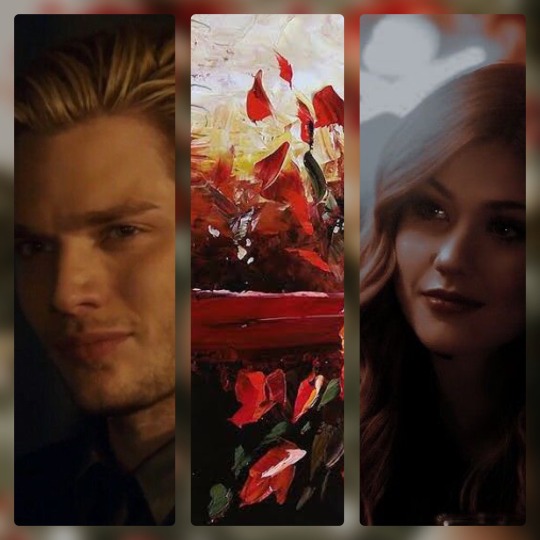 Jace Herondale was always proud of his girlfriend. Always.

A day didn't go by when he wasn't proud of how hard she had fought and how far she had come, but tonight, seeing the way that she was putting herself out there while knowing how difficult it was for her…His heart was swelling with pride and he wasn't even trying to stop the wide smile that was spread across his face.

Clarissa Fray had been so nervous, and she had been completely jittery leading up to todays events, the way she had been tossing and turning about pulling out of the showcase, but now that she was here…Well, she was still nervous, but he could visibly see the way that as the hours went on that she became more and more comfortable.

Her cheeks pinked up more easily at compliments that were coming from the audience, and her shoulders weren't tensed up anymore, and as she was asked questions, her answers became more confident.

It had been her art teacher at the community college where she had been taking night classes for the past eight months, Dorothea Rollins, who had encouraged her to enter a couple of pieces in the showcase tonight, and at first she had been so resistant, and Jace had really, really wanted her to, he knew how talented his baby was, but he knew that it had to be her choice, and so had Dot. Just attending the night classes had been such a big step in her healing, after finding it so difficult to be around people for the past couple of years, and he hadn't wanted to push her into something she wasn't ready for, even though he wanted to show her art to the entire world.

But here she was.

And she was sharing parts of her soul with people, letting them see how talented and creative she was, and Jace could hardly contain how proud he was of her.

The event went for three nights, and their friends had wanted to come every night to support her, but they also understood her, and that was something that Jace was never going to be able to communicate how much he appreciated. When Clary had managed to tell them how nervous it would make her if they came and she just wanted to see how the first night would go, they had all understood, and instead there had just been floods of supportive messages in their groupchats which had Clary teary eyed on their way to venue.

There was one particular piece that was bigger than the rest of her works—her centerpiece—and it had been one that she hadn't been too sure about using. A lot of her art pieces she knew that she wouldn't put on display because of how personal they were, not that she didn't pour her heart into every piece of her art, but she knew that the centerpiece needed to be something special and this particular piece was one that she had gone back and forth over.

Jace was glad had decided to submit it, seeing it hanging among her other pieces, and he knew that Dorothea approved of the piece.

Splashes and swirls of gold, different shades decorating the centre of the page and struggling to escape the black tendrils that were stretching from the corners and edges of the canvas, and from the centre there was a small red beating heart beginning to emerge, surrounded safely by the gold and sandy coloured coils but getting stronger.

So delicate but strong.

She had sobbed and screamed on too many nights that she felt like she wouldn't be there if it wasn't for him, that he was the only thing keeping her tethered to the earth, and she wouldn't be able to find her way back without him.

He had always known that she was wrong, and as the months had turned into years, and they had patiently worked through therapy, he had seen the way that her feet had more solidly found their own path, and his grip on her hands had loosened. There were times when she needed more support, there were still so many times when he woke up in the middle of the night to her shaking body and he felt the tears soaking through her pillow case as he gathered her into his arms, but he could see the way she was recognizing her own strength, the way that she pulled herself out of panic attacks more frequently and then—then there was tonight.

A year ago, she would never have let herself be in a room full of strangers with pieces of her art, pieces of her soul on display to be examined, discussing them quietly and her eyes lighting up when she connected with a particular persons question.

But here she was, and he knew that she would make excuses, she would say things like 'I wouldn't have been able to do it without you' or 'it wasn't that big of a deal' but Jace would brush all those words away with kisses and he wasn't going to hear a word of her belittling of achievements. He'd even asked Isabelle Lightwood and Simon Lewis to use their spare key to go into their apartment tonight while they were away and decorate the lounge a little, put out the bouquets of flowers that he had brought and order dinner for them so it was ready just as they got home.

For now, Jace was completely content to hang in the shadows.

There were about seven or eight other artists at the showcase, some of them who had bigger sections of the studio than Clary did and who were projecting their voices louder, but she was the only person that he could see and hear, she was the only person that he cared about and he didn't even notice as Dorothea approached him, despite the loud jangle of bracelets on her arm and swish of her multiple skirts.

"Our girl is doing so well," the art teacher murmured, and Jace jerked a little as he looked down at the older woman. "But you knew she would," there was a meaningful smile on her face, and Jace grinned back as he pushed his fingers through his hair, absentmindedly knowing that he needed to get a haircut soon as it brushed against the collar of his button down.

"She's the strongest person I know," he replied as he stared across at the love of his life, and it was as Clary lifted her eyes to meet his eyes. And she smiled at him, the beautiful, genuine smile that was becoming more and more frequent on his baby's face. "Course I knew she could do it."

Let me know what you think, I absolutely love your opinions, and if you would like to support me further, you can follow me/contact me on my socials below;
Twitter: CalamitySerene
Tumblr: SereneCalamity