After the sweetness, there will be angst! Bwahahaha.

Zhou Zishu came true with his promise and they proceeded to spent the night at the ryokan that they had dinner in. He managed to obtain a tatami room with a personal hot spring, easily accessible vie the sliding door of their room.

They spent some time in the bubbling pool before they started making out, ending in the room where Zhou Zishu proceeded take him more gentle than he had ever had before. Zhou Zishu had been so attentive and gentle that Wen Kexing had almost cried by the end of it.

"A-Shu?" he breathed after their session and he had time to catch his breath after his orgasm.

"A-Xing," Zhou Zishu mumbled, kissing his neck. "You are mine."

Then, he lifted the younger man's left hand to his lips and kissed his ring finger.

"Mn," Wen Kexing replied, his heart feeling tender and loved. It didn't occur to him that the words might be more than just possessiveness.  Zhou Zishu had uttered those words before during their sexual encounters, so Wen Kexing did not let himself dwell too much on its meaning.

Perhaps, he should have.

Zhou Zishu had another meeting the next day so he sent Wen Kexing off to do some sight seeing around Mount Fuji.

The silver-haired man started the day with his mood buoyant and excited, travelling through the scenic routes of the Narusawa Ice Cave and Fugaku Wind Cave while snapping a hundred and one photos.

It was after, when he had settled down to have his lunch and looked through his photos to decide which to send to his friends and family that he realised that he couldn't.

The trouble with a clandestine relationship was that no one close to him was supposed to know that Wen Kexing was involved with a mob boss. And even if no one knew that Zhou Zishu was with the underworld, his status as a sugar baby was not something that he would like to broadcast.

So no matter how exciting his trip was, or how good the food was, or how beautiful the scenery was, Wen Kexing could not post anything about his trip overseas on social media. Not when he couldn't tell anyone how he could afford such a luxurious vacation. His sister and his aunt was both his followers and he was not prepared to have that conversation with them about being in an arrangement with the leader of a mafia gang.

It kind of put a damper into everything when all he wanted to do was share his experiences with someone and when he turned around, there was no one there but Li Yun, who was not exactly his friend and not really his colleague or employee.

It left his mood a little sour, even though he told himself to suck it up as he should have expected this when he went into this arrangement with his eyes open.

Even when he returned to his sightseeing in the Kawaguchiko Museum, he didn't bother taking any pictures, knowing that he had no one to share it with.

When he returned to the ryokan close to dinner time, he found Zhou Zishu waiting for him in their room.

"A-Shu," he greeted happily, glad to finally have his sugar daddy's company. He wrapped his arms around the older man and they exchanged kisses.

"Baby, I bought something for you," Zhou Zishu crooned into his ear.

"What is it?" Wen Kexing asked, excited. The older man lead him to the table where a large, flat box awaited him. The silver-haired man enthusiastically pulled on the large, red ribbon tied around the box to unravel it. When he opened the box, his excitement flagged, though his smile remained, now wooden and stiff.

"Won't you wear it for me?" asked his sugar daddy, rubbing Wen Kexing's arms in enticement.

Wen Kexing forced his smile brighter as he turned to Zhou Zishu and nodded in false enthusiasm. "Uhn, A-Shu wait for me here. I'll go prepare."

Wen Kexing collected the box and went into their connected bathroom to prepare himself. He paused when the door shut, leaning his head against the wooden barrier.

What had he expected? Their relationship was purely physical. Why had he expected to be treated as more than a plaything? He knew what he was getting into when he agreed to the terms of their arrangement.

Swallowing the hard lump in his throat, he set the box down on the counter and took off his shirt.

He had a role to play to keep his sponsor satisfied. After all, Zhou Zishu was the one that provided his education, the rice in his bowl and the clothes on his back.

He shouldn't- won't expect anything more than what was in their agreement.

Zhou Zishu smiled as he looked at his phone, opened to a page featuring a white gold ring topped with a 10-carat radiant-cut diamond sitting majestically in the red velvet cushion of the ring box.

It's still too early to propose, his mind told him but when he saw the ring online, his heart told him that it was the perfect ring to be sitting on his A-Xing's ring finger, to tell the world who Wen Kexing belonged to.

Yes, it was still too early to marry when their relationship was barely a year old but they could have a long engagement. Maybe a year or two for A-Xing to finish his schooling and stabilise his career.

Clicking on the buy option, Zhou Zishu made a mental note to rope Jiuxiao into planning the proposal and the engagement party. Not too big, just their friends, family and closest members. A-Xing might not be comfortable getting involved in their *ahem* business ventures and frankly, Zhou Zishu would prefer to keep his baby away from it, especially when it might affect A-Xing's career.

After receiving notification that the ring would arrive by the time they returned to Tian Chuang next week, Zhou Zishu switched off his phone. He poured some warm sake into his cup and savoured the taste, his smile firmly on his face in anticipation for the night and for his future with his A-Xing.

He pulled at the hem a little and tried to psyche himself up.

"It's fine. You're looking hot," he told his reflection, cocking his hip to the side.

He straightened and checked the light makeup he'd applied. It wouldn't do for his tears to ruin his eyeliner. He was lucky that his thick eyelashes meant that he didn't need mascara, especially when he expected sex to be on the table. Now he only applied it for formal functions.

Not that he went to a lot of them, despite that being one of Zhou Zishu's conditions. Perhaps the mob boss didn't want to flaunt him around.

Ugh. This line of overthinking was making him even more depressed.

He slapped his hands on his cheek, trying to bring himself back to the present. It also made his cheek bloom pink, which sold the picture of a shy, blushing school boy in a school girl's uniform. Only his height belie his appearance.

On a whim, he split his silver tresses into two parts and tied it into pigtails. It made him look younger and it really did make the whole role play more believable.

Even though it felt... wrong.

"Time to earn my bread," he muttered, preparing to open the door. Then he cringed. Way to make himself feel even more of a whore.

He took a deep breath and slid open the door, peering out at the older man.

"Zhou-laoshi, I'm so sorry I'm late for our meeting," he crooned, mentally (and emotionally) shoving all his reservations, doubts and feelings away. "Please don't punish me."

This was just an arrangement. 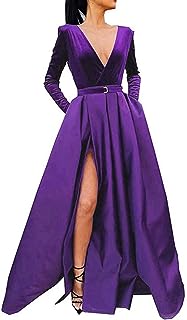