31 days, 31 triple-drabbles. Will include multiple ships -- tags to be updated as I go! 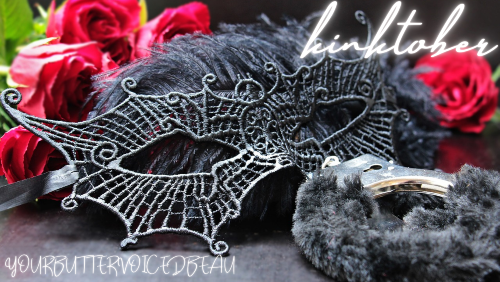 A prompt a day, every day in October, from the prompt list found here. All triple drabbles (300 words exactly), because having a challenge like that helps me write 😂 Character and relationship tags will be updated as I go, and there'll be content/relationship notes at the start of each chapter.

And it's... fine. It's not bad, but it's not earth-shattering either. It's one of many sex acts that Patrick somehow feels like he's misunderstanding all the hype about.

And then he breaks up with Rachel (again), and this time he quits his job (that's a first) and runs away to a town with a ridiculous name (definitely a first).

He imagines it's David's fingers moving inside him, stretching him open, and it's... better.

When they finally get privacy, Patrick comes ridiculously, embarrassingly fast with David's hand on his cock, and it's a few minutes before he's capable of returning the favour. Later, after they've eaten, David asks if there's anything he's been wanting to try, and Patrick blushes and stammers but finally makes himself ask. If David's eyes widen in surprise for a moment, the expression is quickly gone, and he presses Patrick back into the mattress with a long, deep kiss.

And oh, fuck. He makes noises he didn't know he was capable of making, he whines and begs and pleads for more.