The Wolfe-Dunn clan loses one of their own. Through their grief, they slowly realize the loss has brought them closer than ever to one another. 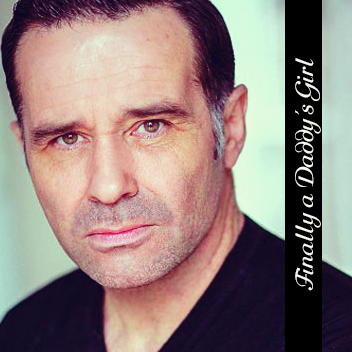 Occurs several months after the ending of Loup Femmes.

Italicized portions are meant to be sections from Charlotte's upcoming book.

Marcus tells his daughter something that's been weighing on him.

Charlotte spends time with her father.

I don’t believe my father would have ever told us about his cancer diagnosis if I hadn’t pushed him to the limit with questioning concern, knowing him far better than he had ever given me credit for. He was becoming thinner and paler, there was no real way to hide it. I don’t think he wanted us to worry about him, understandably. My mother, who had a terrible divorce from him a decade and a half prior, became his secondary caregiver next to his current wife. Even my Maman helped where she could. It was, completely, a joint effort.

We saw to it that he was never alone while he was in hospital. The last time he was admitted, his breathing wasn’t at its full potential and he wasn’t able to stand without assistance, if at all. Marcus Dunn had always been spry, acting younger than his years ever since I could remember. He would exorcise, eat healthily. He became a vegan when I was a teenager, but he’d occasionally eat some sort of meat. So, I suppose not technically a vegan. Either way, it was incredibly difficult to see him so ashen gray.

I saw to it that my children knew of his predicament and how sick he actually was even though he was still unwilling to truly come to terms with anything. Losing their father a little over a year prior didn’t help any, especially with my son, Lane. He idolized my husband, then my brother and father. He always looked up to them and asked for advice when he required it. Never about anything substantial, but I think he was just lonely most of the time. My father and brother would fit that masculine role that he so desperately craved.

Charlotte folds her arms, edged up against the bay window in the hospice room. At this point, it was a waiting game and they all knew it. The sky is a steel gray, rain pattering against the portion of hospital roofing in front of the room window, giving off a calming sound. She smiles, running a hand through her hair and tucking it behind her ear.

Turning her head, she hears her father speaking to her, “you should see this rain, Dad.”

“I can hear it.” Marcus would spend most of his days in and out of consciousness, too intoxicated with pain medications to care. “Where’d Sian and Bern go?”

“To get coffee...and a fag, but don’t tell Serena.” Charlotte huffs a soft chuckle, moving closer to his bed, “are you thirsty or...is there something you need?” She lowers the side rail of the bed, taking a seat next to him as she takes hold of his hand.

“Good.” He coughs a little before taking a deep breath from the nasal cannula at his nose. “There’s something I need to get off of my chest and I wasn’t about to with either of them in here.” Marcus gives an exhausted smile, “you know I love the hell out of you and your brother, right?”

“And the kids...they’re all gorgeous and brilliant...every last one of them.”

“I know.” Char smiles to herself.

“I’m...I’m sorry for mucking things up before Cole was born. That was...I should have fought for you and...and I didn’t.” Marcus has tears in his eyes, having become more and more emotional as his treatment went on, “and I haven’t forgiven myself since it all happened. You deserved better.”

“Probably, but...I’ve made my peace with it.” Charlotte shrugs, “I have a therapist I speak to about those things.” She’s teasing him a little, reaching up to adjust his hair, “I should have had a barber come in to trim you up. Hell, I’d bet one of my boys could have...I’m thinking Owen.”

“Yeah.” Marcus can tell what this is, this is the same reflex Bernie always has about sensitive subjects. The shared reflex of lightening the mood of the room. “Char, I need you to know how sorry I am...and I wish our relationship could have been stronger. Regardless of what my mother would have wanted.” He squeezes her hand, “you were supposed to be a Daddy’s Girl.”

“Not really my style.”

“I know, but that doesn’t mean I didn’t want you to be.” He swallows, his eyes remaining on her, “and I’m thankful for everyone taking their turns here. There’s...there’s no reason any one of you need to do that. I’d have much rather you put me here and the rest of you went on about your lives.” Marcus absently strokes the back of her hand with his thumb.

“We’d rather be here to bother you.” Char smirks, feeling her own eyes brimming with tears as she tries to remain positive for him.

“Oh, none of that.” Marcus shakes his head before motioning her up to lay next to him, “this isn’t a sad occasion. This is just moving on...the next step.” He shrugs, falling quiet a moment before continuing, “I’ve done confession, I’ve taken communion...I go to heaven with a clear conscience, but I need you to know that I think about you and...and what I did to you every single day. I need you to know how truly and utterly sorry I am.”

Charlotte carefully climbs up into the hospital bed with her father, feeling as he securely puts his arm around her back as she lays beside him, her head resting against his side. “I forgive you, Dad. We’ve...we’ve got much more to look forward to.”

Feeling her chin wobble, Charlotte is glad he’s unable to see her face as she whispers, “I know.” A tear falls down Charlotte’s cheek, onto Marcus’ hospital gown. “It’s okay if you want to sleep, Dad. Everything’s fine...and we’re all safe and...and well off. We’re secure.” Something about this feels final though, she can feel it in her chest, “I love you.”

Soon enough, his heart monitor would gradually slow before he finally flat lined. Marcus had signed a Do-Not-Resuscitate order when he first moved into this place weeks prior without the knowledge of his family, knowing that it would be the end of things and didn’t want to leave it up to Sian because he knew she would stop at nothing to bring him back.

Sian Dunn and Bernie Wolfe would return from coffee and a cigarette to a dead body and a little girl quietly sobbing against her father’s corpse, wishing she was really the Daddy’s Girl they both wished she could have been.

NGL, this was the hardest shit I've written in a VERY long time.