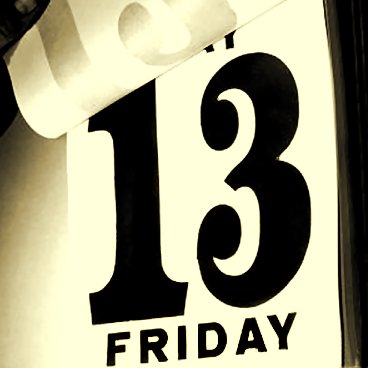 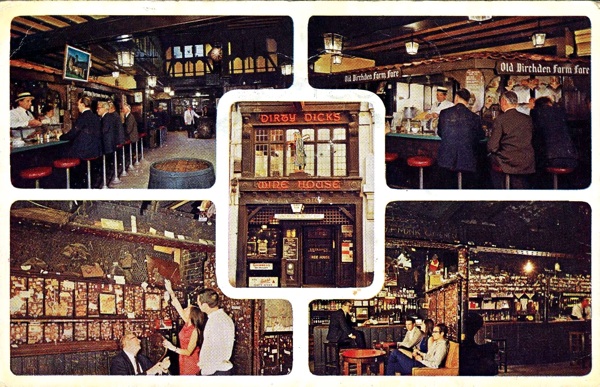 Fog enveloped him as he walked along a vacant London street. It was late and no one was out and about, at least no one in their right might. He could barely see in front of himself, and the only thing heard was that of his footfalls.

There must have been sand or ground glass on the sidewalk as with each step there was a slight crunching sound Nervousness filled him, and as a black cat darted past his feet, he was momentarily startled.

Not good, a black cat crossing one’s path on Friday the 13th; that made Napoleon reach into the pocket of his black trench coat and latch onto a tattered pink rabbit’s foot, given to him courtesy of his Russian partner. He pulled up his collar against the dampness and adjusted his black seaman’s cap.

Illya, after becoming a believer in the mishaps that could befall one on this inauspicious day, borrowed Solo’s original rabbit’s foot, and consequently lost it.  It was replaced with the only color Kuryakin could find, that being an unfortunate shade of hot pink...dyed presumably for a woman’s use.  Illya got one for himself as well, the same color, and now after several years of use, his was as equally decrepit as Solo’s.

The unexpected warbling of Napoleon’s communicator made him start again, but before answering he chastised himself for being so edgy.  Taking a deep breath, he assembled the device and stepped closer to a brick wall, just out of the light of a nearby street lamp.

Better to stay hidden in the shadows in this pea soup of a fog, as one never knew who might come at him out of nowhere.

“Where are you Napoleon?” It was Illya.

“Good question, the fog’s so thick that I can’t really see much of anything.  Are yo u at Dirty Dicks?”

“Precisely where you told me to meet you, Bishopgate, opposite Liverpool Street Station. Could you have picked a rougher place to rendezvous; it has dead cats, cobwebs and sawdust for decor.”

“It bothers you? I thought it would remind you of your apartment,” Napoleon chuckled. He received no response to his little joke. “Well, yes that’s the place. I’m having a bit of trouble finding my way there... the fog’s gotten really bad. It’s making me a bit jumpy.”

“Not surprising,” Illya said,”the fog here in England can become so thick one could cut it with a knife.”

“Are you really that nervous?”

“No I have not forgotten,” the Russian reached into his pocket, fondling his rabbit’s foot.

“Tovarisch, leave your communicator open, I’m going to use the homing function to find you.”

“Clever. Hopefully I will see you in a matter of minutes, ”Illya approved.

Solo walked along, staying closer to the street lamps this time as he continued along the sidewalk.  The signal from his communicator quickened, telling him he was almost there.

Like a beacon in the night, the red neon signs indicating Dirty Dick’s lit up the darkness.

He’d finally found the pub, though oddly, some of the fog had disappeared directly in front of the place. It was as if a mysterious hand had cleared the way; that thought made him feel even more uneasy.

The outer walls of the pub were made of darkly stained wood, and the architecture dated, as the place was pretty old.

It was a small public house, with low ceilings with cobwebs dangling from the black rafters. A pewter bar, battered and dirty was floating with spilled beer. There were ancient looking bottles of wine and spirits with yellowed labels on the shelves behind the bar, all covered with dust and more cobwebs. Most likely they were well past their prime, with the wine having turned into vinegar. He guessed they were there for decorative purposes as the rest of the shelves were lined with rows modern liquor bottles.

Though he’d heard of their existence, he couldn’t help but stare at the dead cats hanging as decorations on chicken wire on a wall and from the ceiling They’d apparently been there for ages, from the days of the celebrated ‘Dustbin Bar’ at Dirty Dick’s Old Port Wine & Spirit House.* 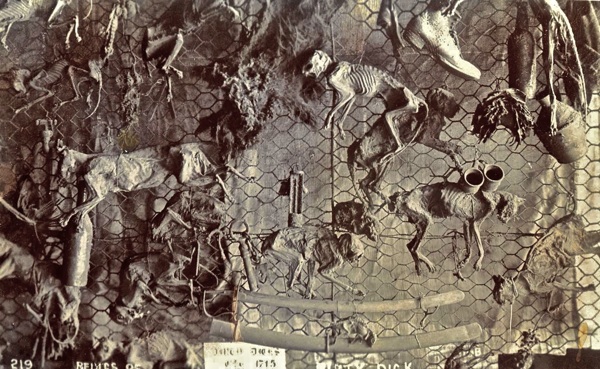 Along with the mummified remains of the cats were assorted items like an old fashioned boot, a pair of pewter mugs, several axe handles, and what looked like a spittoon, just to name a few of the bits and bobs that had accumulated there over the years. Though there were stories that many of these belongs to the original owner of Dirty Dick’s dating back to the late 1800’s.

There were plenty of people in the place, some old, some young and quite a few seedy looking locals. The barman was neatly dressed in a white shirt, black bow tie and a straw hat set squarely on his head.

It seemed there’d been an attempt to modernize the place with metal bar stools with red padded seats, these were permanently attached to the floor; he supposed to prevent being thrown if a fight developed.

Napoleon suddenly realized there was no sign of his partner among the patrons  and glancing down at the sawdust covered floor, he spotted a worn pink rabbit’s foot laying there in front of the bar. That instantly put Solo on red alert.

He ducked out of sight, and pulled his communicator.

“Channel F- Illya are you all right? Please be all right?”

“I am perfectly fine, but it seems you are quite on edge,” Kuryakin watched his partner practically jump out of his skin as he walked up behind him.

“Jesus Illya, don’t do that!” Napoleon hissed. “I found this on the floor and thought something had happened to you. You’d never willingly part your rabbit’s foot on Friday the 13th. Where were you?”

“The loo, and that is not mine.” Illya produced his own rabbit’s foot from his jacket pocket.” I suggest you leave it on the bar as whoever lost their luck will surely be back looking for it.”

He could see his partner was very much out of sorts.

“Napoleon why are you so nervous? This is out of character for you. Why would you want to meet in such a place as this?”

“Because we can catch the train right across the street, and I thought a few pints might be relaxing.”

“Relaxing you, you mean.” Kuryakin was in no way ready to let his partner know that he too was feeling uncomfortable, given the date. Illya waved for the barman, ordering another pint for himself and Solo. “Two pints of bitters please.”

“Aye,” Illya replied. “Now, returning to the topic of your nervousness Napoleon.”

“Ah, yes. Well, given the day and date as well as the fog, I was feeling a bit on edge. Now that I’ve found you, I can put an end to my worries.”

No sooner did Napoleon utter those words, something happened. A bar stool flew through the air in front of them, followed by a bottle smashing to bits against the wall just behind them.

An all out bar brawl was commencing, with fists flying along with tables and chairs.

“Let’s get the hell out of here!” Napoleon yelled.

They ducked a few punches as well as some objects, and threw a few punches themselves until they finally made it out the door to the street.

“I think we best wait for the train at the railway station,” Illya suggested.

They crossed the street in the fog and managed to arrive just as the train rumbled into the station. After boarding Napoleon finally seemed more at ease.

“So much for that relaxing drink,” Kuryakin said.

“Ahhhh, you speak too soon,” Solo drew a leather bound flask from his inside breast pocket. “Care for some?”

“Why not?” Illya shrugged, accepting a capful while Napoleon took a swig from the flask.

“That’s much better. I think we’ll actually get through Friday the 13th unscathed this year,” Napoleon smiled.

Illya slowly turned his head, looking his partner directly in the eye.

“You speak too soon my friend; there could always an enemy agent be on board as well, or there could even be a train derailment.”

Napoleon moaned. “Thanks a lot! Always the pessimist!”

“You are welcome,” Kuryakin smirked.

Both men remained silent, each with a hand in his jacket pocket, each hanging on tightly to their hot pink rabbit’s foot just in case.

* Dirty Dick was the nickname of Nathaniel Bentley, a local 19th century ironmonger who preserved the unused wedding breakfast left over when his fiancé died on the eve of their marriage and spent the rest of his life in squalor. When Bentley died the landlord of the pub bought the contents of his shop and house - including what remained of the wedding breakfast - as well as the bodies of Bentley's dead cats, and displayed them there at the pub.