In which Dani is many things, but quiet is not one of them, thank you very much.

It happened the night their favorite local pub shook hands with Satan and handed over its soul.

There was a sign out front. Handwritten. Misspelled. Karyoke Night, it read.

An hour later a slightly tipsy Owen began prodding a decidedly drunk Dani to put her name down for a song. Things rapidly declined from there.

“I didn’t mean it that way love,” Jamie whispered into Dani’s hair just moments later, “honestly I thought I was deflectin’ for you, didn’t reckon you were keen to go up there—”

A laugh slipped out, Jamie couldn’t have stopped it if she tried because a more inaccurate conclusion had never been drawn and—

“Christ, no—Dani, hang on,” Jamie cradled her face, “lemme start over, lemme just—you’re not quiet, that was a stupid thing to say, I didn’t mean it. Been two years love, I know you’re not quiet—”

“IT WAS,” Dani said, suddenly loud. “It was a stupid thing to say.” She looked down, then her eyes suddenly snapped to Jamie’s. “Is it my sweater?”

“I got it at Talbot’s.” She groaned it out with a teary-eyed grimace as if confessing a regrettable double-homicide. “I didn’t mean to, but they were having a sale—”

Jamie swiped her thumb across Dani’s cheek, fighting back a smile. “I’m gonna get you some water, and when I come back I’ll make some excuse and we can go. Rather be in bed with you than sufferin’ this rot anyway.”

At the bar Jamie waited for the water, rubbing her temples. The cheap disco lighting and the pulsing bass were doing a number on her head.

The music changed just as she turned back, glass of water in tow. A cheer erupted from the crowd by the stage and as Jamie pushed through the sea of bodies a man’s low timbre began to sing.

It was Owen. Owen was on stage singing. Chanting, more like. The song had a dirge quality to it, all deep rhythm and slow march.

Hannah was sitting at the table, straight-backed and wide-eyed, looking for all the world like she couldn’t imagine how he’d gotten up there.

“Need a shorter leash there, Han?” Jamie laughed. Then the lyrics penetrated the shock of seeing him up there—

Jamie tilted her head. “Is he sayin’—” She glanced at Hannah, who seemed stuck in a perpetual headshake, subtle and disbelieving.

The beat picked up and the crowd pushed closer to the stage, hooting and whistling their excitement.

Jamie nodded at the eager audience, shouting so Hannah could hear her over the din. “Missed his callin’ as a—”

Then it happened. Two things at once, really.

Jamie realized Dani was nowhere in sight just as someone she hadn’t noticed before spun around onstage to face the crowd. The entire bar erupted in a great cheer as the person moved to the beat, microphone at the ready, and the universe shifted beneath Jamie’s feet because the person was Dani.

Wait. “How—?” Jamie glanced at Hannah but Hannah’s eyes were closed now, like she’d disassociated altogether.

Then Dani started singing. No—rapping. Maneuvering through the lyrics with the ease of an Olympic gymnast.

Can’t turn a ho into a housewife

There's hoes on a mission an’ hoes on a crack-pipe

Hey ho how ya doing, where ya been?

Probably doing ho stuff cause there you ho again.

Jamie looked at Hannah. “I was gone not three minutes—”

Hannah just splayed her hands and shook her head.

The song went on.

It’s a ho wide world, that we livin’ in

Not all, just some

You ho who you are

The last line drew a cheer from the crowd by the bar before Owen jumped back in for the chorus. Soon the song was done—or maybe it lasted another ten minutes, it was all an enormous blur. Then Dani was jumping down and standing in front of Jamie with a proud grin before suddenly frowning.

Jamie led her to the nearest exit, a door to the back alley.

After a moment Dani’s grin was back. “Bet you didn’t know I was street.”

“How do you even know that song?”

“I’m an endless well of mystery and danger.” She stumbled, swaying on her feet and Jamie helped her lean back against the brick wall, bracing her own arms on either side of her.

Dani wrinkled her nose, baring her teeth. “I’m not gonna remember any of this tomorrow.”

Jamie chuckled, leaning in to whisper in Dani’s ear. “In that case…you are the least boring person I’ve ever met and I’m going to marry you. If you’ll have me. And I’m going to ask you soon.”

“You are?” There was a flash of clarity in Dani, the haze leaving her eyes for just a split second as she smiled, wide and hopeful. Then she was back to scrunching an eye, trying to focus. “Can’t turn a ho into a housewife.”

Jamie kissed her. “I can try.”

“I need to tell you something.”

“Can tell me anythin’,” Jamie said, brushing back Dani’s hair. “What is it?”

Dani stared at her a minute longer, looking pained before finally gathering her nerve. “There wasn’t a sale at Talbot’s, I paid f-full price for this sweater—” She burst into tears.

Jamie gathered her in her arms, hiding a smile against Dani’s neck.

“Let’s what…?” Dani was petting the side of Jamie’s face, eyebrows raised expectantly. 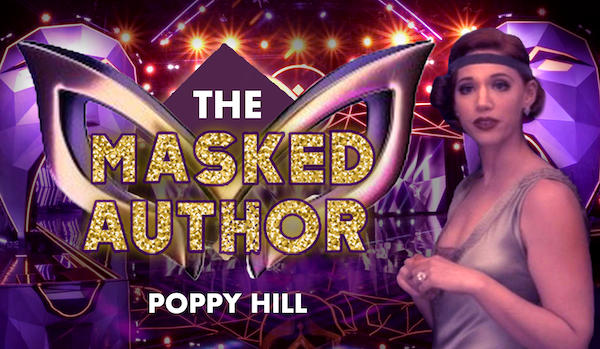 The voting is ranked choice and you have to rank all 15 in order to submit your vote. Please note: we are using a different system this week, which will require a GMail account to vote.

To vote for this fic, select POPPY HILL.