haunted by the ghost of you

It was easy, therefore, to be Dani’s rock. Easy for her to offer herself up to the altar of a beautiful soul, strip pieces of herself and patch the holes Bly had left.

Jamie reflects on Dani as they dance to the beat of their life together.

Jamie couldn’t believe her luck, all mysticism and possession aside. Truth be told, if she hadn’t witnessed that part herself, she wouldn’t have believed it. Even now she was half convinced at any given moment that it wasn’t real.

It was easy, therefore, to be Dani’s rock. Easy to offer herself on the altar of a beautiful soul, strip pieces of herself to patch the holes Bly had left.

The trade off was, so far, in her favour.

Everyone had their shit, right?

Every single arsehole on this planet had some sort of issue they inflicted on others, whether knowingly or not. You could let that turn you off people for good, and she sure as shit had tried, or you could end up staring into the most beautiful eyes of the most compassionate, selfless soul, in a diner, on a road-trip you couldn’t in your wildest dreams have envisioned yourself on, telling herone day at a time.

One more day with her heart so full of joy, her bed so full of fire, her belly so full of laughter that the last day would never seem to come.

and then most of you

Water seeped steadily under the door.

Jamie frowned at it for the lightning quick second it took her mind to click into place - the same moment a thousand possibilities filled the empty spaces in her lungs, surged up, and choked her.

She sprinted hard, just as she had thirteen years prior - sparing the same care for the water soaking up her legs as she had last time, only relieved when she was able once again to pull Dani into her arms, blessedly still warm.

But it was not the same as last time. Things had changed, Dani had changed.

“You’re still here.” Desperation to believe the words made her skin prickle. “I’ll feel for the both of us.” The terror with her soul in its grasp could wage a thousand wars for just one more day.

Dani was tired - in this moment and in these days she was tired. Eyes that had once danced in firelight and sparkled in moonlight fought to focus more often than not. Looking but not seeing. Terrified and terrifying.

Recognition descended sluggishly across Dani’s features, that Jamie simply would not allow her to give up, that Jamie was asking her to hold onto her fatigue and fight with a fire she had to borrow.

Devastation cut a hot iron rod of pain right through the heart of Jamie to see her grim reluctance.

She folded the last pieces of her wife into her arms.

The envelope, having been handed to Dani with a sense of hope that it might distract from her near catatonic misery, lay undisturbed upon her lap. Jamie had watched as a single swipe of her hand had roved across the manila surface with affection before clouded eyes drifted once more.

They were drawn, brown and blue alike, to the spot above the mantelpiece - where the wall-shadow still boasted of a mirror’s placement - as if some remnant of her lived in the places that once brought her to life. A magnetic force Dani could no longer fight.

Pieces of Dani had slipped away over the years, so slowly that it had happened before Jamie could catch it - before she could do anything. By the time she noticed it was like trying to haul a dead weight over a cliff edge by a rope with burned hands.

A thousand times the thought had dripped into her mind, crippling her future plans with its poisonous tendrils of despair.

The light in Dani’s spirit, once the brightest beacon she had ever had the pleasure to warm her own soul from, had faded to a weak sputtering flame.

Anger, righteous and terrible, now mixed with the terror of losing her, of her drawn, tired face no longer the animated corporal extension of her beautiful soul, but instead the wasted nothingness of that place.

Ire burned in her belly. The excitement and jubilation she had witnessed in the queue for their papers: happy couples finally, finally, able to proclaim their love tangibly and visibly, bombarding her with the joyful new beginnings that made her heart long for the spark it couldn’t find in Dani anymore.

Well not today, of all days.

Jamie got off the couch, stamped socked-feet across to their stereo with purpose, and flipped the switch, relieved to find Dani’s eyes had followed her the whole way - that she was here.

A surprised thump of affection hit her chest to see the face that had been her home all these years engaged and alert as soft sounds of beautiful vocals filled the room. She drove the sadness at this recognition - that having a lucid wife was something remarkable to her these days - down, and buried it under the moment she was crafting.

“Dance with me.” She held out her hand, delighted in the cold chill of the palm that fit in hers perfectly, and gave a tug. The quizzical expression that crossed Dani’s features didn’t force an explanation, but Jamie offered anyway, with a thrill. “Y’know, this is pretty much our wedding night.”

Dani breathed out a sharp gasp, and pushed herself off the couch, head cocked sadly. Their lips met in the barest hint of a kiss before she rested her forehead to Jamie’s own. “Is this our wedding song?”

Jamie smiled at the whisper breath of her conclusion, pulled her close. “Reckon so, first dance and all that.”

Hands that had wound around her waist a million times before found their place, and Jamie revelled in their gentle pressure. Dani’s low humming implanted itself in her brain, ready to take up residence in this memory forever.

Their first dance was little more than a gentle sway and delicate tip-toeing, but Dani’s breath was alive, and that was enough for Jamie this day.

and now none of you 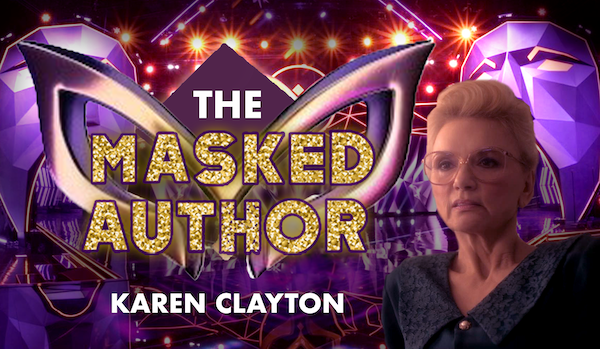 The voting is ranked choice. Please rank all fics when you vote: we are using a different system this week, which will require a GMail account to vote.

To vote for this fic, select KAREN CLAYTON.