And Jamie knew. She knew that without Dani she would be plunged back into a world of loneliness, of keeping to herself and hiding away in the shadows. Living a life in black and white after spending 13 long, blissful years in a kaleidoscope of colour, a life filled with love and warmth and happiness.

And Jamie. Well, Jamie had absolutely no idea how she was supposed to live a life without Dani Clayton.

Fic Inspired by the song: How Do I Live by LeAnn Rimes

Jamie had started to notice the change in Dani weeks ago, no matter how much she tried to ignore it, tried to pretend it wasn’t there, it was. She could see the light dimming from Dani’s magnetic, mismatched eyes day by day. Could see the energy draining from her body as she tried to complete even the simplest of daily tasks.

The things that had once made Dani’s face light up with a bright, wide smile (the most perfect and beautiful smile Jamie had ever seen in her life), now only made her give tight lipped, tired, smiles that never reached her eyes.

The jokes that had once made Dani cackle with laughter, leaving both of them feeling breathless, albeit for different reason- Dani from laughing too hard, and Jamie from loving the sound and other woman too much- now only produced small, dry chuckles from the blonde.

She knew that she had kept Dani company while she waited for her beast in the jungle, just as she had promised she would 13 years earlier. But now it seemed, that Dani’s beast in the jungle had finally caught up to the both of them, now breathing down their necks as it began to close the gap between them more each day.

And Jamie had no idea what she was supposed to do when that day came.

But every time Dani worried about this, every time Dani voiced her fears and concerns that she could see Viola, that she knew her beast in the jungle was calling out to her, that she was tired of fighting and running, Jamie would always tell her they had more time, had more years together.

Her words had been there for both of them.

To convince them that maybe, just maybe they could have more years and by some stroke of luck, Viola Lloyd wouldn’t rip Dani from her life, and take her away like she had so many others.

She knew that the chances of that happening were slim and growing slimmer with each passing day. She knew that she’d had too much good luck for far too long, good luck that had come in the form of a too pretty American woman, who had looked at her, and found a home in her, had seen something in Jamie that she had thought was worth her time, when most other people hadn’t.

She knew that one day soon, she would have to live without that woman, without one of the only people who had ever really, truly loved her, in all her forms, and all her ways and had never once judged her and had simply just accepted her and loved her.

Had only ever seen the good in her, even all those years ago when they had been stood in front of cut up, ruined roses and she had lost her temper and had made empty threats about killing a ten-year-old boy.

Even then, Dani had validated her feelings, had mollified her, and had looked at her with a softness in her eyes that Jamie had never known before in her life.

She knew that all those good things would come to an end, most likely, one day soon, and that one day she would have to say goodbye to Dani and that, out of everything she had ever been through in her life; all the heartache and pain, and all the bad times that losing Danie would be the hardest, most heart wrenching thing she would ever have to experience.

She knew that without Dani she would be plunged back into a world of loneliness, of keeping to herself and hiding away in the shadows. Living a life in black and white after spending 13 long, blissful years in a kaleidoscope of colour, a life filled with love and warmth and happiness. 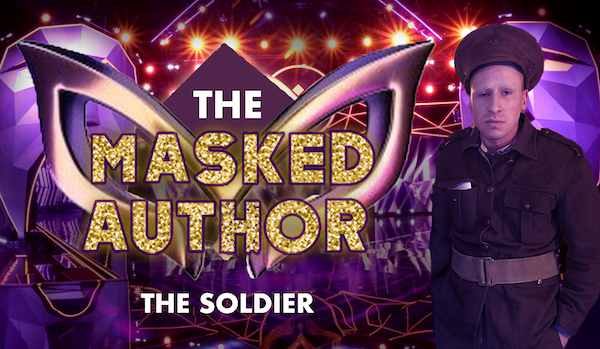 The voting is ranked choice. Please rank all 15 fics we are using a different system this week, which will require a GMail account to vote.

To vote for this fic, select THE SOLDIER.