in the most delightful way

There’s a relief, Dani’s always thought, in doing things you’re not supposed to.

Mary Poppins gives us this story’s title,
And it’s a reminder that’s really quite vital:
While sometimes life may feel terribly hard,
Find small ways to enjoy it, and you may go far!
Tales the Cat xx

There’s a relief, Dani’s always thought, in doing things you’re not supposed to.

It’s a lesson she’d learned early on, eleven years old and forgoing home in favor of the O’Maras’, forgoing a mother absent at best in favor of one too present at worst, forgoing a fried chicken TV dinner in favor of green bean casserole and Chicken à la King.

There’s a relief in a family, two parents and two children and one Dani, settled and smiling and only a little awkward around a table, love-worn and wobbling, in the dining room.

Doing things you’re not supposed to do, Dani had learned that night, can be life-saving.

It had been a fine line at first, and for all of Dani’s gracelessness, she’d toed it with exceptional skill, mitigating the monotony of misrule left in the wake of her father’s death and her mother’s abscondence from motherhood itself.

Two nights at the O’Maras’, Dani had determined carefully, to every one night at home.

Two nights spent as a family, with a mother and a father and a brother and an Eddie, to every one night spent sinking into the couch, with Swanson dinners and swilled glasses and Karen, offering her daughter another splash of Zinfandel.

Four nights spent as a family, with a mother and a father and a brother and an Eddie, looking at her differently then, peering at her through his glasses as if seeing her for the first time, one knee knocking awkwardly into hers under the dining table.

There’s a relief, Dani had insisted to herself at fifteen, slipping into Karen’s bedroom after school, in doing things you’re not supposed to.

There’s a relief in the richness roiling down her throat when she hefts her backpack into the O’Maras’ bathroom, in taking a moment, finally, for herself.

There’s a relief in the warm haze that washes over her after, in the easy release from the panic, familiar and familial, that ignites with every clunky graze of Eddie’s fingers.

There are also, Dani had learned a few months later, consequences for doing things you’re not supposed to do.

“I don’t… Remember, really,” she recounts now, brow furrowed, eyes sweeping across the greenhouse floor, “the night it happened. I just… I remember Carson, and… And Eddie, telling me to stop, to get back down, to put my seatbelt on.”

Dani gives her a look.

Jamie ducks her head, sheepish, her half-hearted attempt at shame belied by the chuckle eking, low, out of her throat.

“Of course,” Dani continues, pointed, “I didn’t listen to Eddie. I don’t know who I listened to. Don’t know who told me to do it, even. I just…” she shakes her head, “did it, I guess.”

“The worst thing you ever did.”

Dani sighs, sinking backwards into Jamie’s arm, draped lazily along the back of the couch.

“The worst thing you ever did,” Jamie repeats, “which was?”

Dani peers sideways at her.

“Told you mine, didn’t I, Poppins?” Jamie shrugs a shoulder. “Yours couldn’t be any worse than that.”

“Not like this… Mystery joyride landed you in prison, yeah?”

“No,” Dani laughs, “not that. Boarding school, though. For a year.”

“Boarding school!” Jamie whistles lowly. “Now you really have to tell me. Let’s have it.”

“I…” Dani’s eyes drop down between them, “I mooned my mom, Jamie. I was fifteen and drunk and… Angry, I was so angry, so I had–– I had Carson loop back around our cul de sac in his car, and I knew she’d be looking out the window because that’s where the TV is, and I––” Her eyes flicker back up to Jamie’s, staring, wide and glassy in the moonlight. “Jamie?”

“You…” Jamie’s voice is disbelieving. “You’re telling me… You––Dani Clayton––got in a car with a bunch of boys and…”

“Pulled your trousers down,” Jamie’s grinning now, laughter pent up and trembling in her chest, “pulled your knickers down, and…”

“Dani Clayton,” Jamie says again, shaking her head, “who,” and she’s grinning, leaning in, and Dani knows what she’s going to say, wants desperately to be anything other than charmed by it, “the hell knew?”

Kissing Jamie, Dani thinks, is something she’s been told her whole life she’s not supposed to do.

She isn’t supposed to look at women––

Especially not women like Jamie, all dirt-smudged faces and ragged overalls, sauntering into the greenhouse with a grin, two blankets, and a bottle of wine.

Not the way she likes Jamie, a rampant and unruly thing, twisting and swelling with every thought of Jamie’s hips and Jamie’s fingers and the bow of Jamie’s lips.

––and she’s certainly not supposed to kiss women.

She’s not supposed to kiss women, but maybe, Dani thinks, kissing Jamie back anyway, scrambling up onto her knees and pressing her back and down into the couch, she’s been wrong.

There is a relief in doing things you’re not supposed to.

There’s nothing, Dani realizes in that moment, from which she needs relief anymore.

And so maybe, Dani thinks, giggling as Jamie slides a hand into her back pocket, squeezing, this is exactly what she’s supposed to be doing after all. 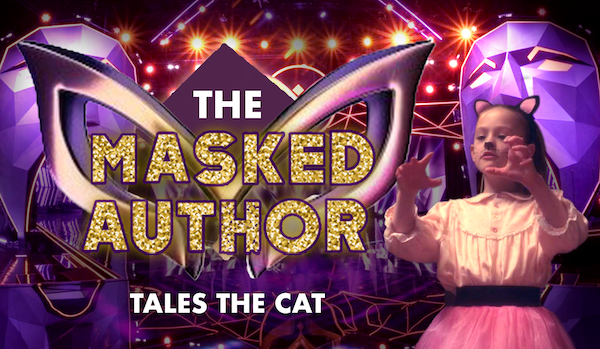 The voting is ranked choice. Please try to rank at least 16 fics when you vote. To vote for this fic, select TALES THE CAT.