Series of works regarding Wei Wuxian's life as consort to the second Jade of Gusu Lan.

In which Wei Wuxian surprises the visiting disciples

I originally posted this story on tumblr and went buckwild from there.

It's in Spanish in wattpad, in case you wanna read it there, I will link it... Eventually lol

The pic in each chapter is a reference to what Wei Wuxian pretty much looks like with his new appearance. 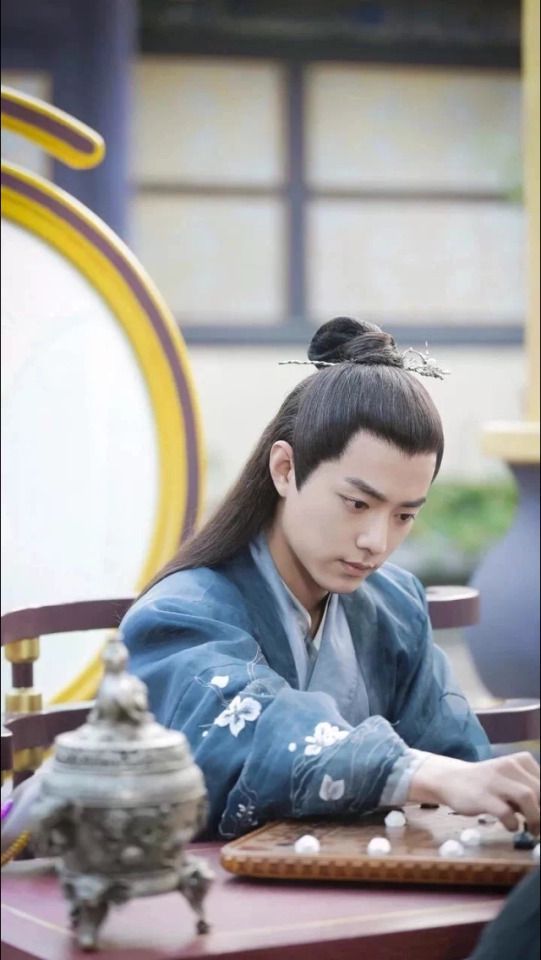 Lan Wangji wakes up very early. Wei Wuxian, in turn, does not.

At exactly 5 am, the first bell sounds in Cloud Recesses, and Lan Wangji disentangles himself from under Wei Wuxian's limbs. Wei Wuxian stirs but doesn't wake. He frowns a little, lets out a soft whine, but doesn't open his eyes. Lan Wangji kisses his forehead and leaves him to his sleep.

Lan Wangji goes about his day. Prepares classes for his disciples and grades a few night hunt reports from the night before. At exactly 8, he makes his husband breakfast, then, as the food cooks peacefully, he heats water for Wei Wuxian's bath. A few minutes later, he feels slender arms around his waist.

"We have the disciples and heirs from other sects coming today." Lan Wangji says. "For the summer class."

"You will take them to night hunts beside me and uncle has decided you will teach talisman making, so yes."

This seems to wake Wei Wuxian up, he looks a little shocked at this.

"Lan Zhan, your uncle wants me to teach a class?"

"Yes." Then Lan Zhan looks a little worried. "On one condition."

He and the other Jin sect disciples were ushered to a room, where all the disciples from other sects were also gathered. Jin Ling saw Ouyang Zizhen in the distance and waved at him, the boy waved back.

Sizhui was at the front, and cheerily asked the disciples to take their seats. The sect Leader and teachers would arrive shortly.

Jin Ling sat and Sizhui did as well, a few seats in front of him, next to Jingyi. Soon, Lan Xichen and Lan Qiren arrived, and sat at the front of the classroom, welcoming the disciples and heirs of the many sects. Lan Xichen smiles an comments that they have a few more disciples than the last time, he seems happy about that.

"We will not start right away, there's two teachers that are yet to arrive."

Jin Ling frowned, suddenly the door to the classroom opened again, and Hanguang Jun walked in, but also...

Everyone stared, gaping, as Hanguang Jun held the delicate hand of the Yiling Laozu, who wore the flowing white and blue Lan robes, his hair carefully pinned up. There was a silver hairpiece of a lotus bloom on his hairbun and he even wore the Lan sect head ribbon.

"Welcome, disciples." Wei Wuxian said, and even his voice sounded different. Lan Jingyi choked. "It is our pleasure to have you here in Cloud Recesses, keep the rules in mind and make your sects proud."

After saying this, he turned to Lan Wangji. He nodded at Wei Wuxian. Wei Wuxian beamed.

All the disciples and heirs looked in various degrees of amazement. They had all been warned about the Yiling Laozu, to not even go anywhere near him, that he was scary and dangerous.

Who exactly was this person then?

After the introductory class, the students were all allowed to disperse and do what they wanted. Jin Ling, Ouyang Zizhen, Lan Sizhui and Lan Jingyi left the classroom together. Wei Wuxian, looked at them leave, still holding his husband's arm.

Jin Ling turned around to look at him. Wei Wuxian grinned and waved at him. Jin Ling felt a shiver and power walked out of there.

"Eh? Young Mistress, don't walk so fast!" Jingyi went after him, so did Zizhen. Lan Sizhui turned to his parents and made a bow to them before leaving.

"That was fun." Wei Wuxian said. "I think I like wearing these robes for now."