I've never posted images onto ao3 before so if anyone has trouble seeing these or if there are any problems hmu and I'll try to fix it, I also have this chapter posted to my tumblr as a backup

EDIT: I have added alt text for screen readers, but I can't find a way to test it. If you are using a screen reader please let me know if there are any issues. 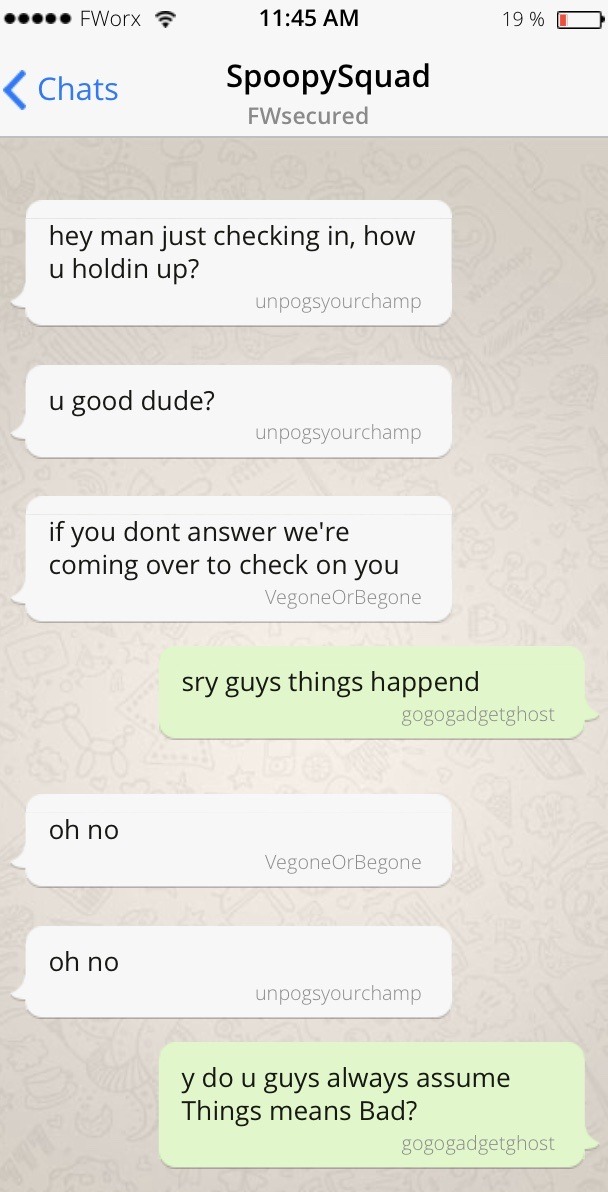 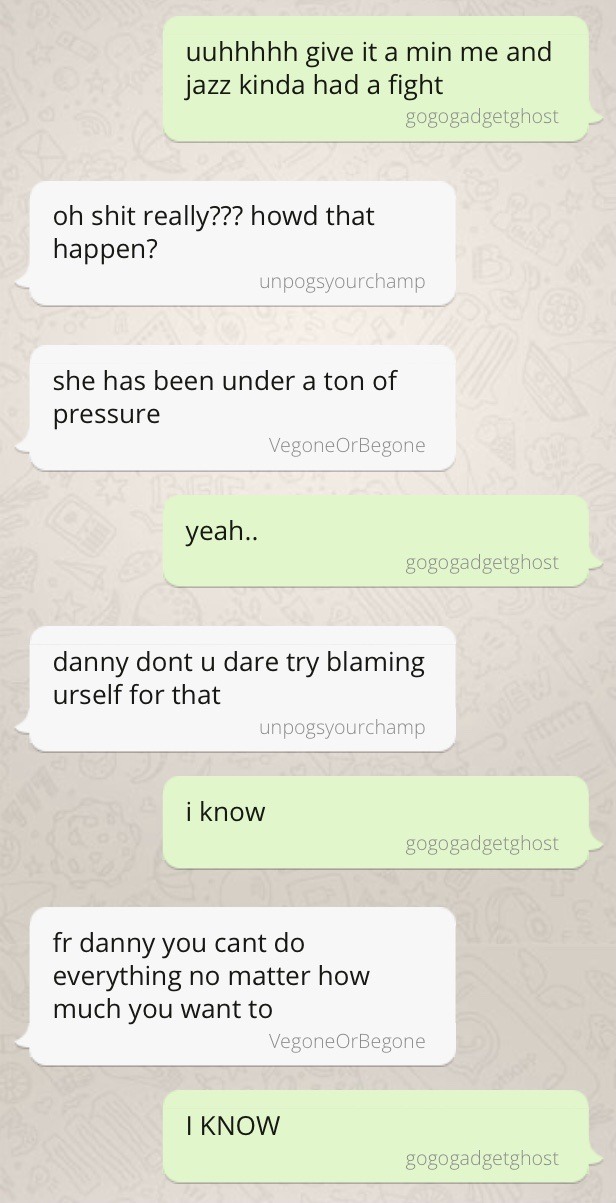 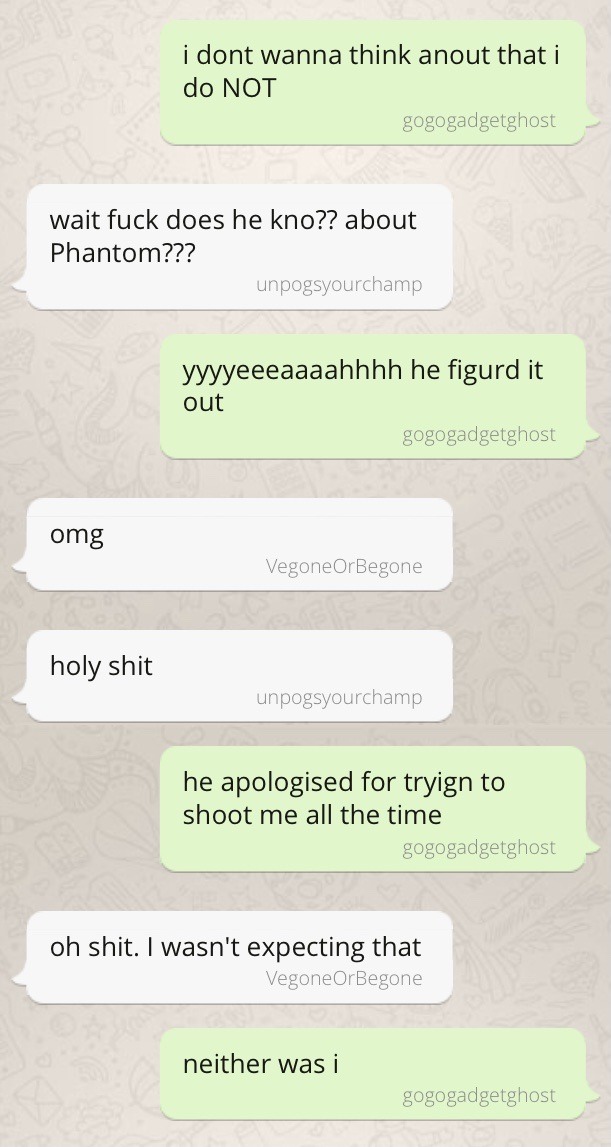 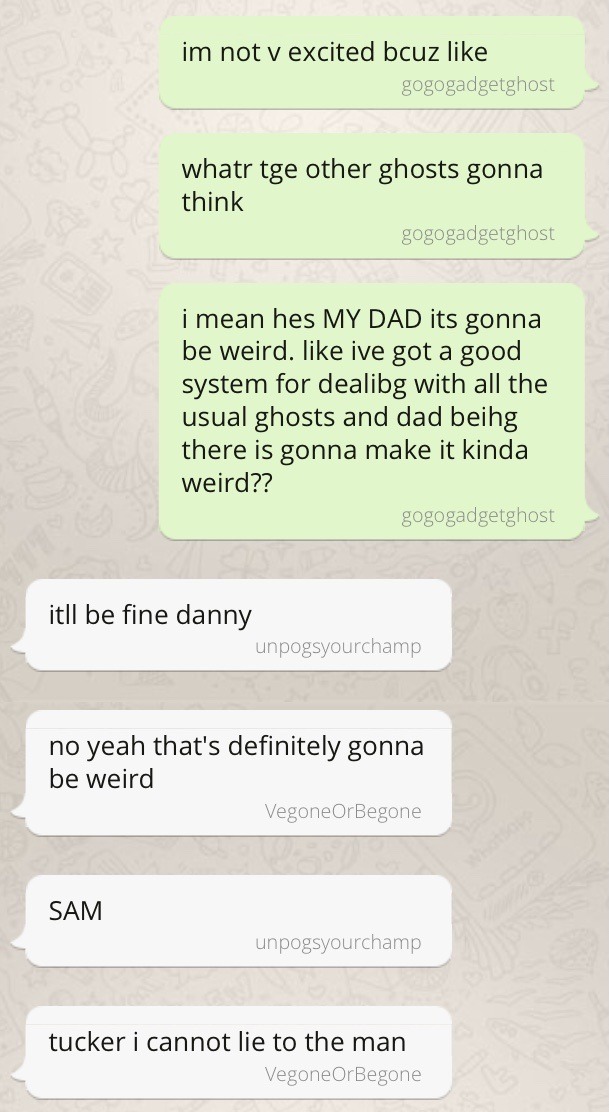 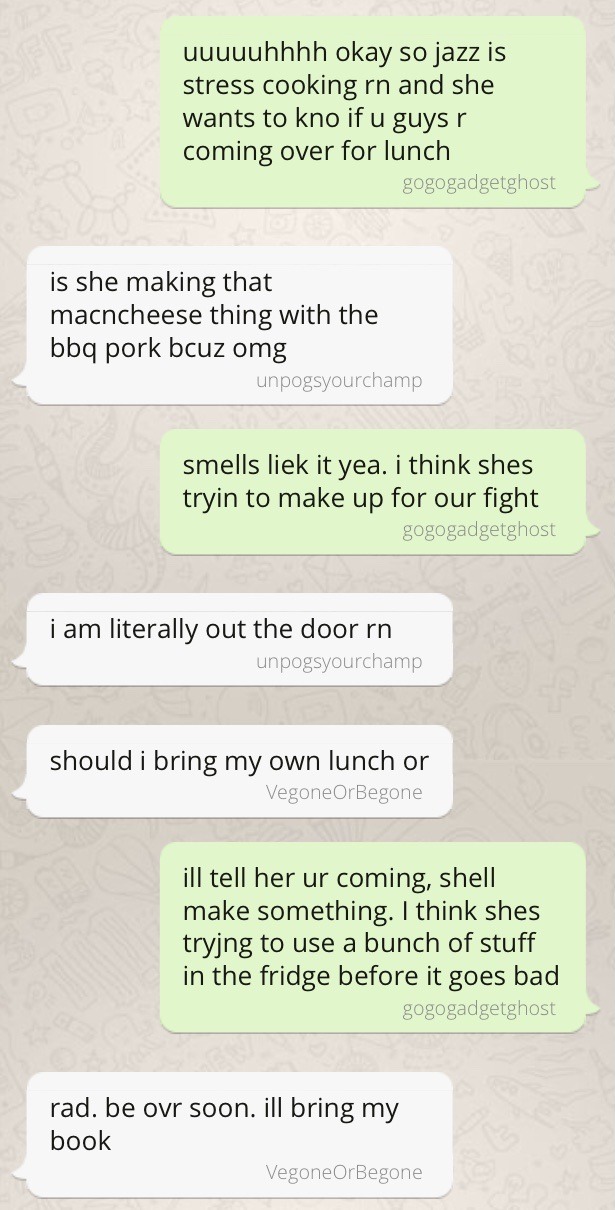 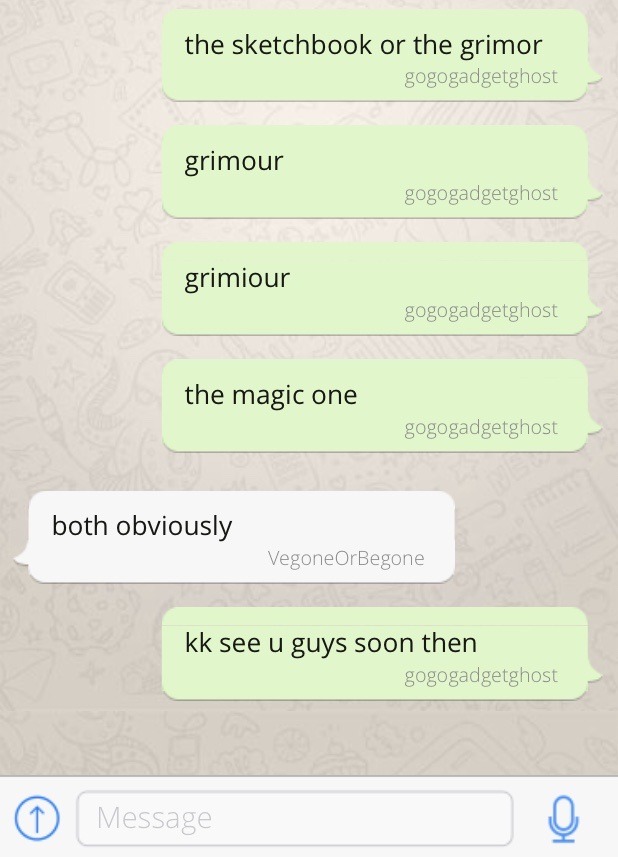 ooooh a few new references! I have some concept posts on my tumblr that I'm touching on in this chapter, I don't plan on incorporating them entirely into the story, but they are going to be somewhat relevant

so if you're wondering about Sam's book, you'll either have to wait to find out more, or pop into my "Lula's AUs" tag on tumblr for a sneak peak ~

also a fun bonus fact that I probably won't have an opportunity to address in story, the Fentons have their own private internet provider service, they set it up to keep their studies and information secure, the trio all have their phones connected to it. It means that their conversations are entirely private and secure from outside tampering or interference, so they can talk about secret identity stuff without worrying. Tucker designed the app they use to communicate with as an extra layer of security. He stole most of the coding for the layout from whatsapp.

The downside is that their phones can only call, text, or use data within the Amity Park area, because there's only one cell tower and it's on top of FentonWorks

I don't know anything about IT stuff so my sincerest apologies if any of that doesn't make sense to my tech literate peeps, I tried