He could feel something warm up against his left side and soft light coming from the other side of his eyelids.

It was peaceful, quiet even, and was nothing like waking up to a bustling house of six other people in the morning.

The object on his left shifted away and he groaned a little at the loss of warmth.

“Derek?” A sleepy, feminine voice called out quietly, “Are you awake?”

He peeled one eye open to be greeted with a silhouette, softly outlined in pinks and oranges from a sunrise he could not see.

“Casey?” His voice sounded washed out and raspy.

She came closer and lowered her head, face coming into focus above him, tenderly brushing back his hair, “Hey.” 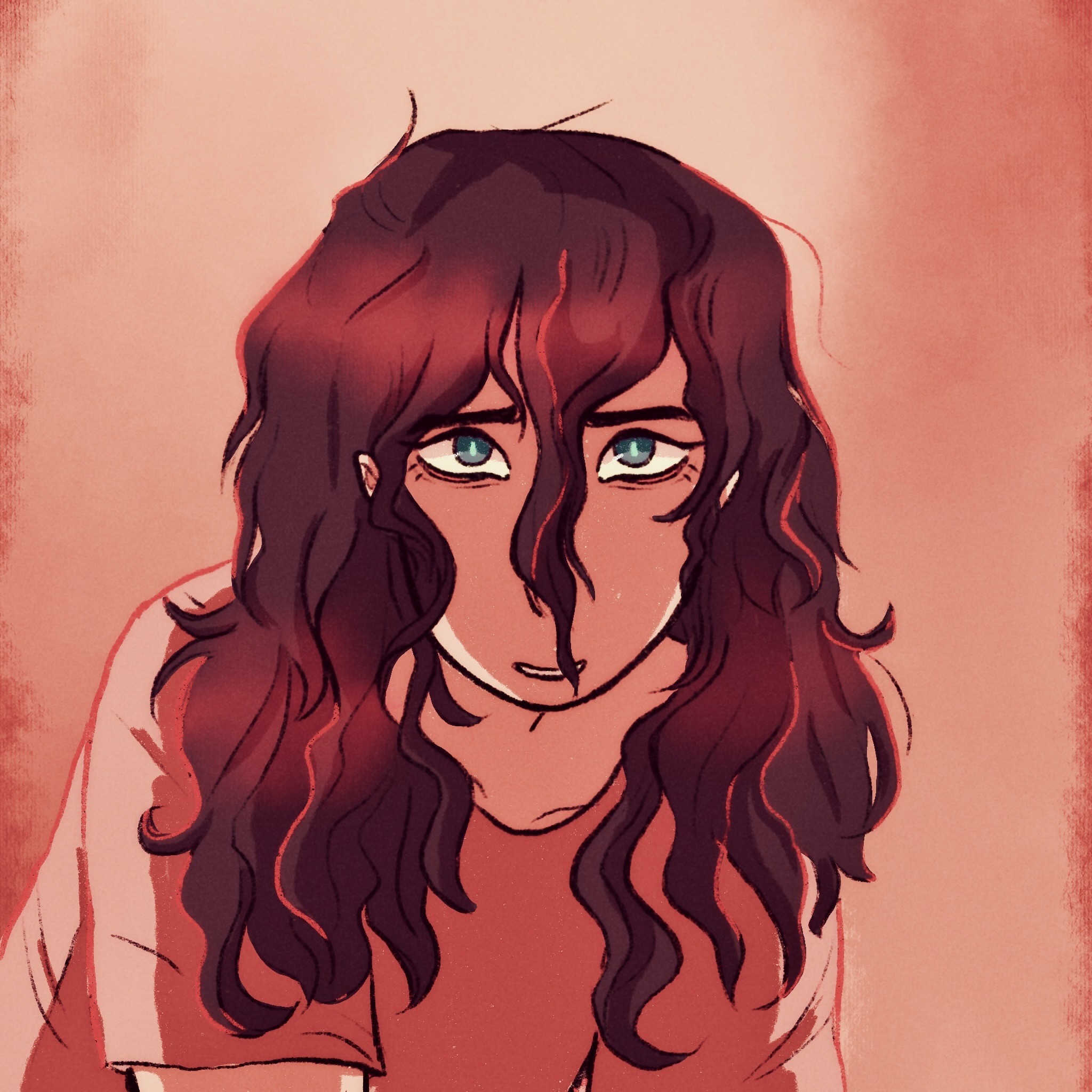 There was such fondness to that one little word; it reminded Derek of honey and warm milk.

Derek took a look around, tearing his eyes away from Casey for a moment. To say he was surprised would have been and understatement.

He was lying in the fanciest bed he’d ever seen, drapes of a deep red color adorned the frame. The soft sunlight filtering through the room was reflecting on a mirror on the opposite wall, a mirror Derek could now see himself in.

There were a couple of visible bruises on his face and his eyes were ringed with black circles. His skin was paler than it had ever been before. He looked ill.

Derek began to sit up.

She flashed an exasperated, but affectionate smile before it turned into a frown, “I know that, but yesterday…you really scared me. I’d never seen you act that way before and-and when you passed out - oh god you screamed and went limp in my arms and-!” She started to cry.

It tugged at Derek’s heart in way he’d never experienced, “I’m sorry,” He lifted an arm and pulled her closer into a gentle embrace, “I’m sorry. I should have said something. I just – I just really didn’t want to worry you.”

“Yeah, well look at what a great job you did.” She mumbled into his shirt sleeve. Her cries were muffled and quiet.

They stayed like that for a moment before Casey pulled away, eyes rimmed red, “I’m sorry.”

“You have nothing to apologize for.”

She was quiet for a second, “How are you feeling?”

Casey shot him a puzzled look, “Your leg, how does it feel?”

And suddenly, all of the previous day’s events caught up with him. Derek sucked in a sharp breath. He lifted the comforter off his body and looked down.

“Yes, after you passed out Gregorian finished the stitches and wrapped it.”

“Oh…you’ll have to remind me to thank him.”

“Derek Venturi thanking someone for helping him? Highly unusual. You sure you don’t have a fever too?”

He jokingly swatted her hand away and they both smiled.

“You didn’t answer my question. Your leg…?”

Derek shifted slightly; a dull ache formed in response to his motion, “Still hurts, but nothing like yesterday.”

Casey’s face turned red, “I’ll get it for you.”

She got off the bed and headed to another part of the room, giving Derek a clear view of the windows previously obscured by her body.

The semi-stained gothic arched windows displayed the rolling snowy landscape outside. The trees were vibrant oranges and yellows, frosted with white powder. The slowly rising sun cast hues of pink over everything it touched.

This, Derek decided, was what it must be like to see the world through rose-colored glasses.

“Here you go.” Fabric hit his face, obscuring his vision.

He pulled the hoodie over his head and sat up.

Casey was sitting on the other side of the bed, staring out at the windows.

She turned around, “With what?”

“I want to watch the sunrise.” The “with you” was implied.

She looked uncertain, “I really don’t think you should be walking much right now.”

Casey hesitated, “Alright, but if you’re in too much pain tell me.”

She rolled her eyes before coming to his side and looping his arm over her shoulder and helping him out of the bed.

Their progression to the windows was slow and cautious, Derek leaning heavily on Casey for support, but they were able to gingerly make their way there.

He leaned his arms on the sill, letting Casey have a break from the brunt of his weight. The two of them stared out in silence, taking it all in.

“I could stay here forever” said Casey, breathlessly in awe.

Derek turned to look at her, her face glowing from the sun’s reflection through the glass, “Yeah…me too.”

She turned to look at him then, their faces so close they were nearly touching.

‘I could kiss her right now.’ Derek’s unhelpful thoughts supplied.

He held back the urge to slap his own head.

Just as their foreheads were nearly touching, the door to the room burst open.

“Hey, good morning! Vlad asked me to come-!” Emily stopped mid-sentence, staring at them before cracking up and slapping a hand over her mouth, “Oh! Oh! Never mind! Just-just don’t worry about it; take all the time you need!” She was cackling as she swiftly closed the door.

But the girl was already long gone.