Derek, Casey, Emily, and Sam all get sent into a reformative camp for juveniles during winter break after pulling one too many hijinks around school. However, before they could make it there, fate reroutes their "trip" in a different direction.

Derek’s eyes drifted out the window of the slowly rolling school bus, the sky grey and gloomy. The road was gently coated with ice, the sides lined with mounds of snow. It would have been a welcoming sight had he been in any other situation.

He tore his eyes away from the outside and instead settled his gaze on the other occupants of the bus. Casey was in the row across from him, looking both nervous and frustrated. Emily was a few rows behind her, staring out the window with a blank expression, much like he had been doing just moments before. Sam was settled in closer to the back of the bus, posture lax, but sporting an expression of subtle anger on his face. Derek felt guilty for the latter; it was his fault for Sam being there, after all.

As Derek was musing on his unwelcome feelings of regret, Principal Lassiter turned around in his seat from the front of the bus, “Now, you kids know what you’re doing here. You all have caused me a lot of trouble these past few years, and, being seniors now, I expected you to learn some maturity. It seems I was wrong. We’ll be approaching the camp in about two hours, and I don’t want to hear complaining, chit chat, or loud music. Are we clear?”

The four of them gave muted nods as well as a small grumble from Derek.

Derek had roped Sam into spray-painting the teacher’s lounge with graffiti. He guessed Principal Lassiter wasn’t too thrilled about the very unsubtle penis painted over his picture, or the fact that the paint they used was his least favorite color, green, which Derek had found out when eavesdropping in an attempt to get answers to his upcoming English test. It was probably the dick that did them in though.

Casey, in an attempt to get the school to be more environmentally friendly, had created an entire recycling program, with bins and everything, and brought it on to campus. It was, however, seen as littering, and, as it was done without the school’s permission, was also considered personal property that was discarded. The bins were thrown away, and Casey was added to the list of miscreants. Ironic.

Derek had no idea what Emily had done, but it had apparently been the final straw because Lassiter completely went off the rails with this new punishment.

Their principal must have had no life (not that that surprised Derek) because he scheduled their detention at some juvenile correction camp that was supposed to make you polite and well-mannered in three days. Worst of all, it was during winter break, a time that was SUPPOSED to be for vegetation and sleeping.

At least Lassiter had the decency to schedule it after the holidays.

Unsurprisingly, his dad and Nora had agreed this might help him and had given their permission for this trip. However, shockingly, they also agreed Casey would benefit from this and had signed her slip as well.

Needless to say, Casey was not thrilled.

Her head was knocked against the back of her seat, disgruntled expression on her face, although it failed to give her a threatening look. The moving shadows from the snow beginning to fall outside cast odd shadows on her features. Her chestnut hair fell over her shoulders, waves pouring over her body like a river at dusk. She was ho-

Oh shit. He couldn’t think like that. Casey was his step-sister for god sakes; although, he did emphasize the “step” part of that title.

As if sensing his gaze, she turned her burning, ice blue eyes towards him, her face never losing its anger.

Derek raised his arms above his head, settling into a relaxed pose, “Oh, believe me, I’m not. But I am delighted to see you get dragged into this with me. It’s not even my fault this time.” He smirked.

Her expression darkened, “Derek, you’re the most insuf-!”

“No chit chat.” Principal Lassiter cut in with his monotone voice.

Casey shook with anger before whipping her head back around to look out the window, staring at the passing forest like it had personally offended her.

Great, now his only source of entertainment was gone.

Derek turned his head around to face Sam. Their eyes met, and Derek shot him a hesitant smile.

In response, Sam scowled before following Casey’s earlier actions and turning to look out at the road.

Yeah, he deserved that one.

He sighed and turned to face the front of the bus. Perhaps the balding back of Lassiter’s head could give him some form of entertainment for the two-hour trip.

Update, thirty minutes later, the bald spot was about as interesting as it was when Derek first faced the front, as in, not interesting at all.

He elected to switch to the back of the bus driver’s head. When Derek had first gotten on the bus, he’d only glanced at the man’s face, so now he was trying to make up what the man could possibly look like based only on his back.

Boredom was a hell of a drug.

Just as he was musing on that thought, the bus lurched, skidding on the icy road.

Derek gripped the seat cushion tightly between his fingers, his head whirling to the right to check on Casey.

She had an expression of unbridled panic as the bus swung increasingly out of control. She had paled considerably.

He only wished he could move over and comfort her.

As Lassiter was fruitlessly trying to calm the four teens down, the bus pitched off the side of the road. For a moment, it felt like they were floating before the bus jarred into the ground below.

When the vehicle made impact, Derek’s head smashed into the seat in front of him, and he felt a sharp pain somewhere on his right leg. The world became muted as ringing filled his ears. The edges of his vision darkened.

He turned to his right and caught a glimpse of Casey, unconscious in her seat, before he too gave in to inky blackness. 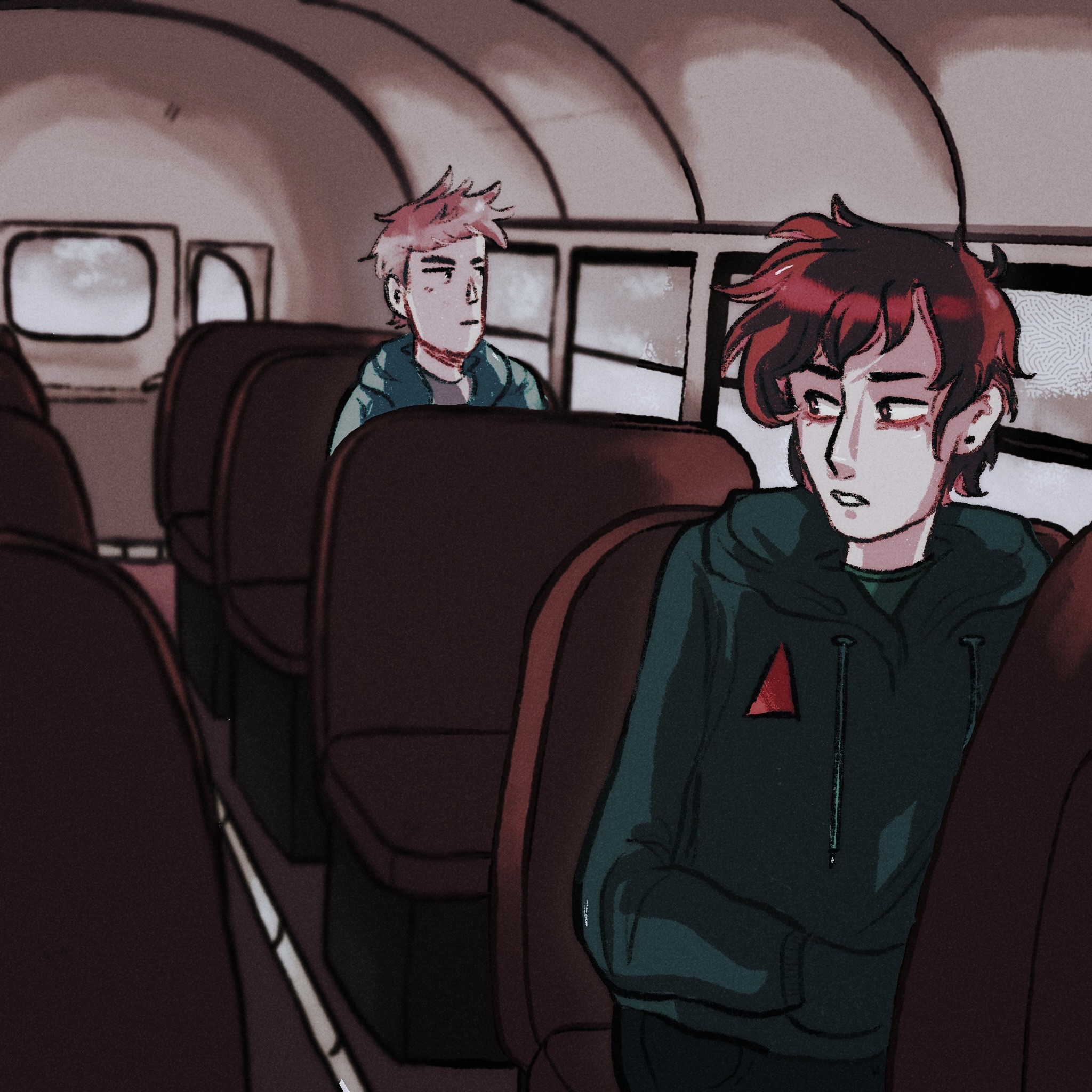