This Is Me Trying

I've been having a hard time adjusting. 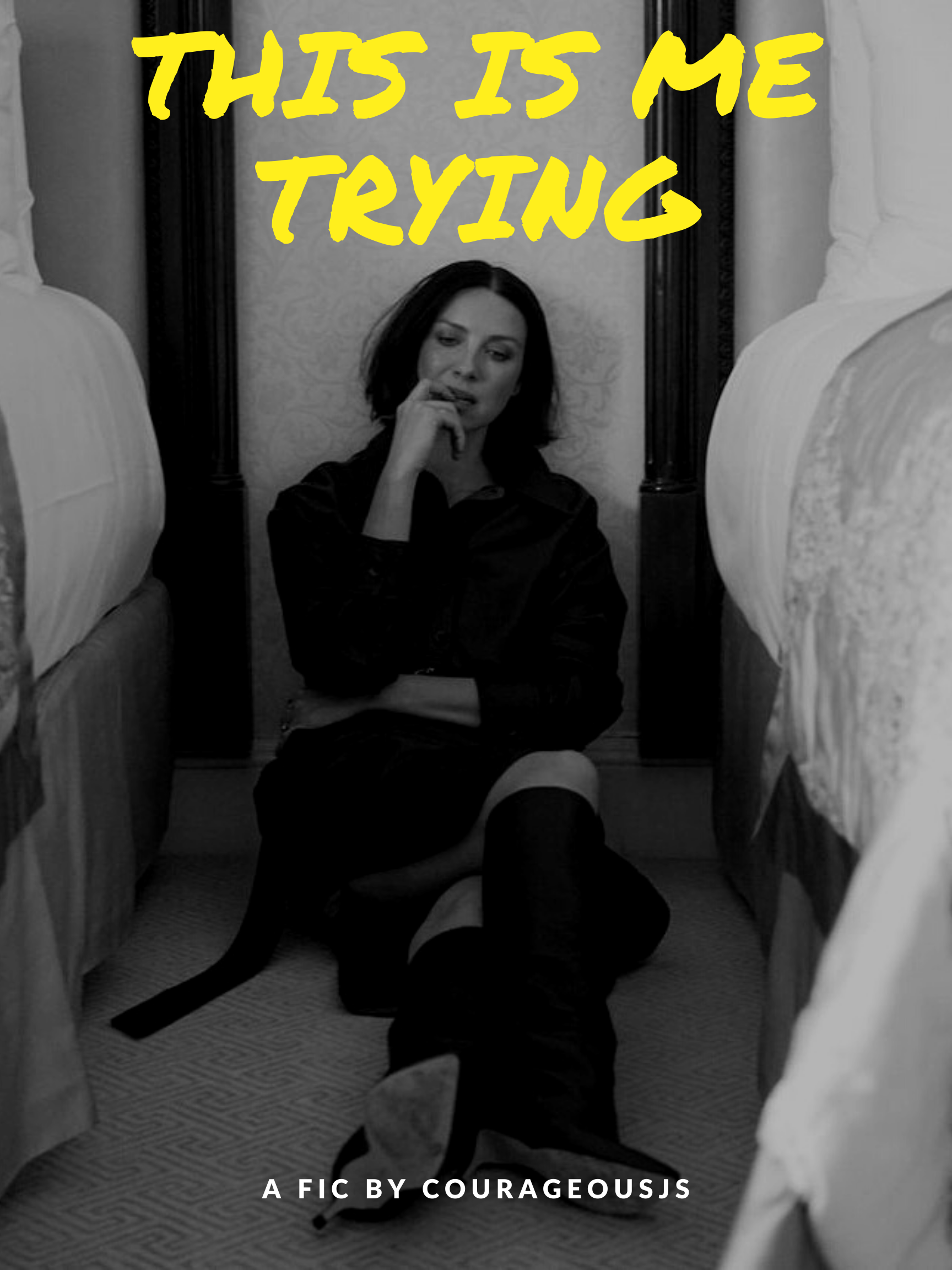 I grin like an idiot when my phone buzzes with a notification.

My co-workers and I actually have a meme with the words “Damnit, Kendra” floating around between us all on Microsoft Teams.

There used to be an actual Kendra.

She got fired because she didn’t do her job, nor did she care. It was kind of hilarious to watch the crash and burn.

Does that make me a mean girl?

Low key, all of us call center representatives admired her for not giving a flying fuck.

Now when it’s clear other employees aren’t making use of correct protocol the “Damnit, Kendra” memes make their circulation. It's about as much entertainment as I get these days.

Don’t get me wrong, I love helping people who are obviously trying to help themselves here. If you’re new and struggling, I gotchu boo.

I, too, was once young and naïve and thinking the world was a better place than it is now.

When I was in college, I used to work retail.

Yup, sold makeup the whole shebang. I would do makeovers for rich bitches and get commission and all that jazz.

Retail was a fucking cakewalk to what I’m doing now.

When I gave up my job at the firm I went on unemployment for a grand total of two months before I was randomly hit with an email from a job posting site asking if I’d be down to work from home for the government.

Key words there: work from home.

You mean I wouldn’t have to leave my house and possibly have panic attacks on the highway to get to work? Only to face courtrooms full of angry people looking at me not to crumble while I present emotional cases to a judge and jury?

I spent one-too-many mornings late to court because I was hyperventilating on the side of the road with my hazard lights on. Blasting the air conditioning in my face, trying to blink furiously while my tears worked their way through the Marc Jacobs mascara I bought in an expensive attempt to dissuade myself from ruining my makeup by crying.

That phase lasted about a month before it was clear that mascara alone wouldn't stop the tears from flowing.

I remember reading somewhere that breathing in intense smells could help stop a panic attack. So there I’d be, side of the road, sniffing my highly scented hand sanitizer or essential oils if I remembered to put them in my purse… like some kinda goddamn huffing hippie. I’m honestly shocked no one called the cops on me for doing drugs.

By the way, no ….no it doesn’t work. Peppermint oil can fuck right off.

Enter working for the department of the treasury. The pay was less… a lot less… but for working from home, the job came with fancy government benefits and honestly it wasn’t the worst.

I thought retail made me jaded.

I laugh my ass off at that now.

Now I deal with the general public who thinks the government works for them personally.

Karen? Oh I know her. She knows me, too. So does her cousin, Barbara, and her Aunt Peggy who call me up just to scream at me and tell me what a fucked job the government is doing. Like I am personally responsible.

Sometimes it gets to me.

If I had a soul it’d be worse.

I used to care.

It’s my job to help the public get the help they need but after hearing scam after scam of people playing the system and with my past as an attorney, it’s hard to hear the lies and still care.

I’ve learned to be firm but polite. How to sound feminine so my male callers will go easy on me. How to be a hardass when others try to boss me around.

I play all roles here.

It pays the bills.

Do I see myself doing this forever? Not really.

Then again, do I see myself actually here for forever?

I’m not going to answer that.

I like pronouncing that word. The ‘r’ rolls off the tongue and makes me feel like I’m French or something.

I’m thinking about that as I clock out for lunch and head to the kitchen to throw in a pre-made quinoa bowl.

Next to the fancy new head of lettuce you’d think I’m practically Ina Garten herself.

Barefoot Contessa, except in my kitchen looking out the window to nowhere as I call it. The window faces the wall of my red brick garage and it is currently misted over due to the unseasonably cold rain outside.

I pretend I’m looking out onto a Tuscan villa with vineyards Bacchus himself would be jealous of,  when I hear a sharp knock at the door.

I’m not expecting anyone.

Not today, not period.

I call him Kenneth but I don’t actually know his name. He looks like a Kenneth. He knows to leave the package at the doorstep and to get the fuck out like the pizza delivery guy on Home Alone.

My heart is in my throat, I feel like I’m about to be sick as I hear the knock again.

This is not Kenneth delivering my weekly supply of ground coffee that I suckle down like a greedy baby with a stimulant dependency.

Fuckity fuck fuck. I’ll have to go check the door.

Maybe it’s finally my turn to be on a murder documentary.

Fuck it, Claire. Go to the door. You’re a grownass adult.

I look down at my outfit. Oversized Frank sweater and skinny jeans. No bra.

Oh well, I guess I can hide behind the door so they don’t see my nonexistent tits…

Ok, now THAT was a bang. Rude.

I swear to God I’ll kill them.

I skitter past the kitchen and up to the front door.

Fuck me and my plans of being artsy.

I was an idiot when I decided to put faux stained glass window cling all over my door because now I couldn’t see who it was. I actually have to fucking open it.

Why is my voice so high?

My palms are actually sweating here.

Why is this shadow so big? Is fucking Shrek standing outside?

Ok, Claire. You got this.

I take in a deep breath while I unbolt the three locks I have up on the inside of my door.

Shrek must think they’re at fucking Gringott’s bank from Harry Potter by the sounds of all the locks my shaking fingers are turning.

I open the door like a vault and poke my head into the crack.

There’s a goddamn giant outside my door.

Standing there in the freezing rain, soaked and with massive shoulders that were at least two feet across.

Instead of Shrek, the man in front of me has a stoic viking face that must be the male equivalent of resting bitch face. At least what face I could make out under the hat.

He’s bundled up against the cold drizzle outside and all I can see is his red wavy hair poking out from under his gray cap and the cloud of vapour. His jacket is pulled so far up his face I can barely see it.

“Maintenance, Ma’am. Okay if I come in?”

Ok, first, the audacity. I know I have zero makeup on and a few gray hairs at my temples but to call me ma’am over miss still insults my vanity a little.

“Fuck no. I didn’t call maintenance.”

There’s an awkward silence between us and I glare at him, my mind going to about several different things I could grab at a moment’s notice should he try to barge his way in here. Something tells me the old, burgundy, wood-handled umbrella wouldn't even phase Shrek.

There’s the Miss. Okay he picks up quickly. I’ll give him that. Also, the stoic viking has an accent I take a moment to place but it’s vaguely Scottish.

“It was yer neighbor who made the call, Beverly? She had me come to check out a leak in her faucet and I wanted to make sure it wasn’a coming in through the ceiling here.”

“Jesus. Fine then, but be quick about it. I’m on lunch and have to get back to work soon.”

Cold and wet, Shrek gives a huff and nods sharply.

I totally wasn’t planning on letting a total stranger into my house.

I make a quick attempt at crossing my arms to cover my nipples, now rock-hard in the cold. Just then, a black flash of lightning zooms out of the crack in the door that widens as the man turns to pick up his tool bag and I open the door further to let him in.

I forget the stranger and the fact that my door is wide open at this point as I panic and shriek after my cat-dog as he makes a run for it. I see it in slow motion, the little bastard re-enacts Chariots of Fire as he makes a run for it. Head back, hair streaming in the wind before it gets plastered down all around him with the cold rain. It would be majestic if I weren’t so mad at him for doing this to me right now.

Little fucker is having the time of his life with no intention of coming back.