How Will I Know

23 year old Jamie is expected to pick and marry a simple, meek, obedient girl from his father's parish and become a priest worshiping at the Christian Orthodox church's altar.

And he eventually would have, had Claire not moved into his neighborhood, opening up a flower shop.

But Claire is not from his father's parish. She is definitely not simple, meek nor obedient.

———
This work is an entry for @outlanderpromptexchange's challenge, song lyrics, over on tumblr. My song selection for the prompt is "How will I know" cover by Sam Smith, particularly “I fall in love whenever we meet / I'm asking you what you know about these things“.
(you can also follow me @crossworddreamer on tumblr) 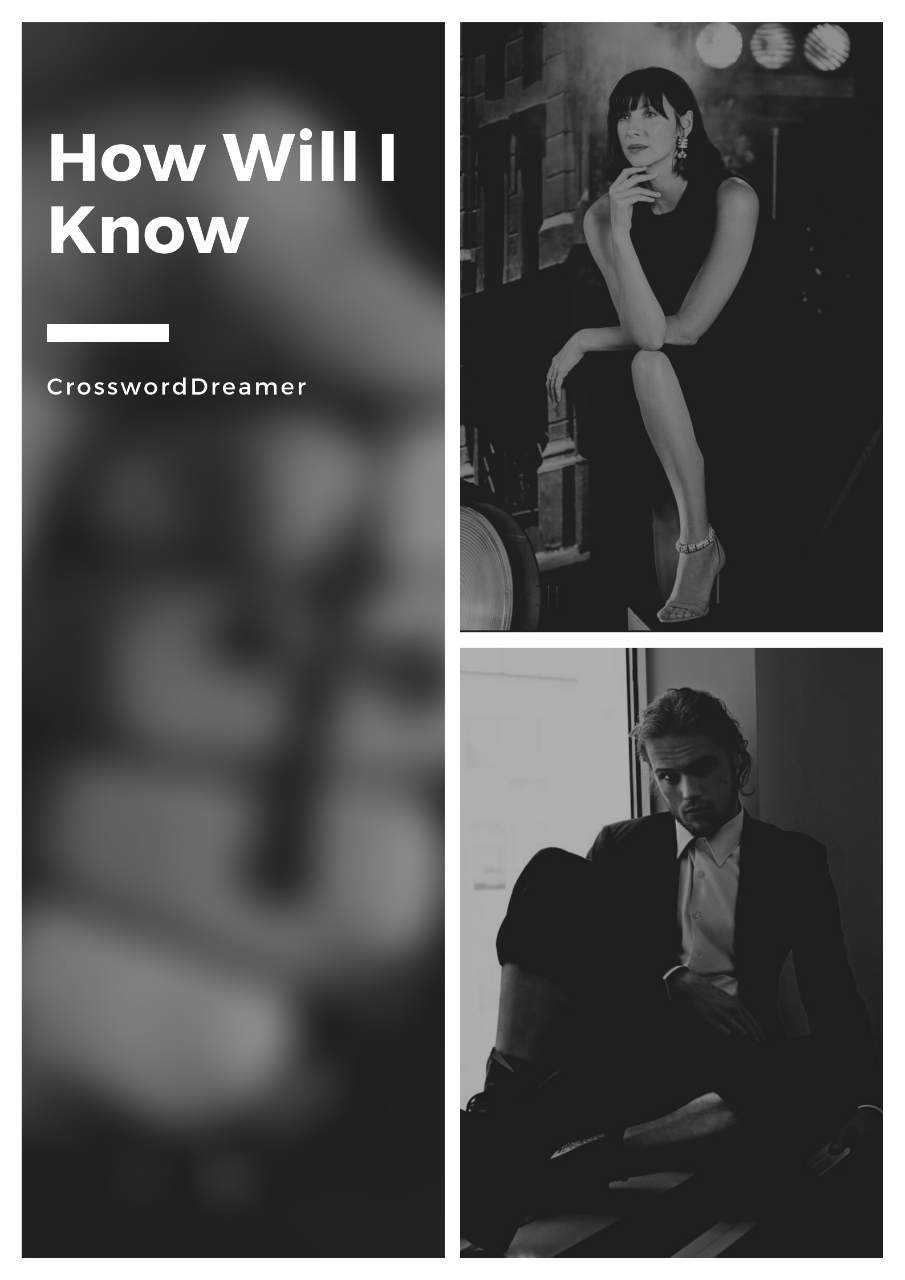 Jamie groaned, throwing the covers off himself. He glanced over to the nightstand. 5:39. Christ. He huffed and a stray curl unglued itself from his damp forehead. His hand went to his chest where he found the silver cross he wore as a pendant and he held it in his clenched fist while his heartrate normalized. He began mentally praying, but his mind wandered. He began whispering his prayer, in hope that it would be more effective. But his mind kept replaying his dream. This was the 4th time he'd dreamt about her, and every time he did, he woke up sweating, panting, his cock throbbing something fierce. He gripped his cross tighter, lest his hand wandered down his body.

Tantalizing leopard eyes danced in front of his heavy lids, and he didn't know whether it was his tiredness that was making him lightheaded or his lust. He wet his lips, still whispering his prayer, but his voice came out strangled.

"…and lead us not into temptation…" a low moan escaped his lips unwillingly as he now remembered how, in his dream, she took his hand in hers and guided it to her quim. Her leopard eyes were staring right into his behind her thick lashes, all the while using his fingers to touch herself. Her pupils dilated and her eyes darkened considerably as she pushed one of his long fingers deep inside of herself, and he groaned as she clenched her walls around it. She inhaled sharply and removed her hand from over his after helping him set the pace, placing it over her clit which she began caressing languidly, making sure to reach his finger as it was going in and out of her as she did so. His eyes dropped from hers down to her breasts, and without preamble he grabbed a handful and squeezed, moving his thumb over her nipple over and over in sync with his thrusts. She whimpered needily, which prompted him to suck it into his wet mouth next. He released her swollen bud with a loud pop only when he felt her wee hand clasped around his throbbing length.

He gasped, his eyes open wide as he realized it was his own hand wrapped around his cock and he bit his lower lip, holding his breath through his final few strokes. His whole body shuddered as he came in ribbons over his own abdomen, then sunk deeper into the mattress, panting heavily.

With no point in delaying getting up, he hopped into the shower, this time ignoring his already recovered erection.

He donned a white dress shirt and black slacks, tucked his cross underneath his shirt after promptly kissing it and crossing himself, then stepped outside.

He told himself he needed the warm summer morning sunshine to dry his russet curls fresh from the shower, and he had the extra time, so he deliberately opted to go by foot. He also knew a certain lorry would be driving up the curb delivering fresh flowers to his neighborhood florist.

Just as he rounded the corner his breath caught, as if he hadn't just been thinking about the fact that he'd be seeing the lorry parked in front of the flower shop.

As if he hadn't just been thinking about seeing her eyes shine extra bright on this particularly shiny summer morning.

He stopped dead in his tracks at a reasonable distance and watched as she kept bringing armfuls of flowers into her shop, taking note of how she would slow her pace while inhaling the fragrance from the enormous bouquets, burying her elegant nose in between the petals and fluttering her lashes closed.

His heart skipped a beat as he recognized her lashes fluttering in much the same way while she begged him not to stop.

Before he could snap out of his reverie, the lorry was driving off and she was busying herself inside the flower shop as he could easily see even from a distance through her large display windows. Before he could reach the shop, he heard the little bell ring as someone beat him to it. Not that he actually wanted to go in.

He lingered momentarily in front of the shop, watching her flowy dress move with her as she made her away across the parquet fetching different stems for her customer, bending slightly to retrieve one flower or the other from their respective vases.

Even in that dress that was perfectly proper and didn't stick to her bum like second skin, much like most women flaunted their assets usually, it managed to give just a hint of what was underneath when she bent or when she turned just so and the fabric swooshed around her.

He unglued his eyes from the window and continued on his way hurriedly.

He crossed himself, entering the Christian Orthodox church, and joined the men in the transept, as they chanted byzantine hymns. His father raised his eyes to meet his briefly before beginning chanting Agní Parthéne in Greek.

Jamie exhaled, closing his eyes, the lyrics escaping his lips with practice ease

By the time Jamie finished choir duty that morning and took his leave from his father- the church's parish priest, who blessed him for the day if not a bit annoyed with his son's tardiness, he deliberately chose a different route on his way to work at the print shop, his heart lighter and his focus resolute.

And he managed to keep it that way.

Until nightfall when a pair of leopard eyes stared into his soul once more.

*special thanks to my special soul sister, @courageousjs ❤️
*amazing version of Agní Parthéne: https://youtu.be/OYRy9Lv9jPs
why, hello there! first off, to all my lovely readers- don't worry, the main fic, I Will Find You, is still ongoing! i admit the slight delay in updating it is due to this prompt i was working on, but that is because i needed to step back and focus on an entirely new world that i needed to figure out. now that i have, i will be working on both with equal dedication.
if you're new here, don't be a stranger! feedback makes my fingers tingle and sets my creative wheels in motion! if you're an old friend, do let me know what you think of this new avenue. either way, i want to hear from you! ❤️