All Marinette wanted to do was buy some dishes and twinkle lights.

Instead, she got wrapped up in an all-out game of hide-and-seek between four of the most well-trained vigilantes in the world. Involving Home Alone-esque traps, crushed forklifts, a surprising amount of shoplifting considering they're the good guys, and the beginnings of an epic bond with a smirking laser wielding maniac.

Not that she knew that at the time. All she saw was a cute guy hiding behind a desk, and the rest was history.

Yes, this is the same fic as the one on Tumblr, yes I'm the same author - I've just done a bit of editing and expanding for the early chapters. Come visit me at batsandbugs on Tumblr. 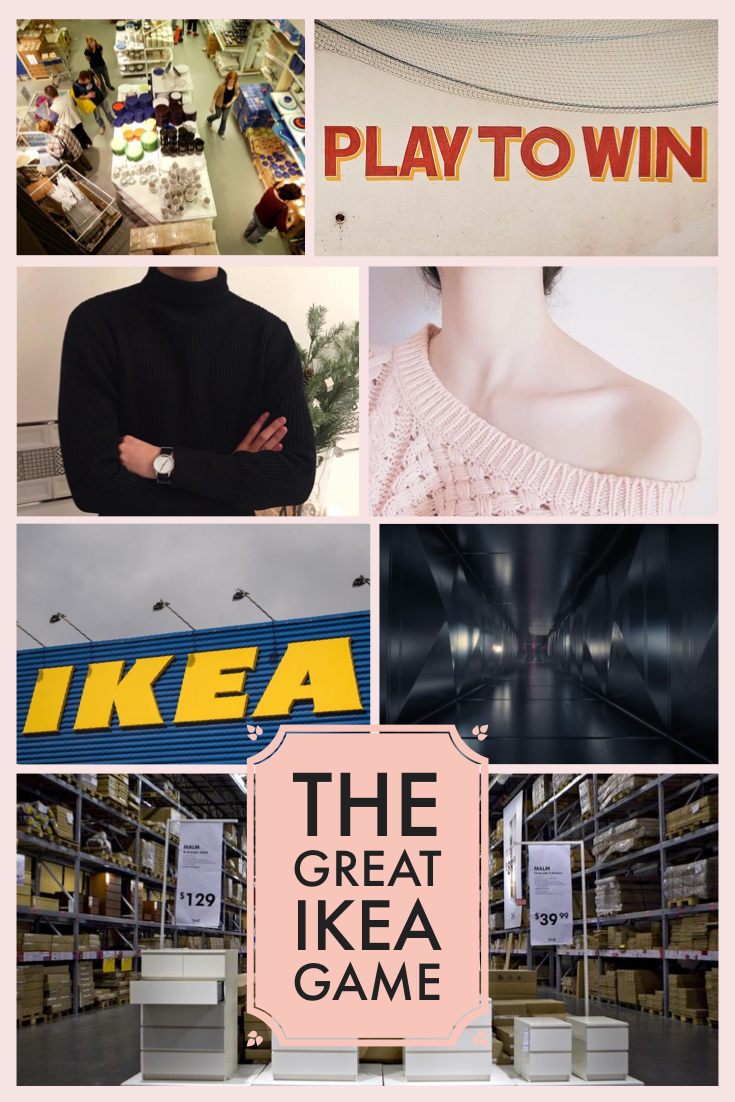 Marinette originally came to the IKEA an hour outside of Gotham to buy twinkle lights for her new living room. She eventually extended her trip into obtaining new dishes since all the ones she owned right now were actually empty takeout containers she kept rewashing. She would have been content buying what she needed and heading off on her way, (no, she wasn't lonely Plagg, she had two dozen mini-gods to keep her company, shut up) but halfway between the bedding and lights sections, Marinette’s life changed forever.

For the better, if she was being honest.

She never would have realized it if she hadn’t ducked into a showroom to test out a couch. She settled against the fluffy folds, stroking the fabric, a pity it wouldn't survive ten minutes if she ever brought it home. When out of the corner of her eye, a movement drew her attention. A boy, no man, about her age, hiding behind a desk looking for all the world as if he were plotting world domination or someone’s demise.

They looked at each other in shock for a moment.

“Shhh!” his green eyes narrowed, and boy, Marinette had been on the receiving end of death glares before, but this one had to take the cake.

He rolled his eyes. “Do you see a group of obnoxious dark-haired idiots out there?”

The request was an odd one, but Marinette rose from the couch and glanced around outside of the showroom. She didn’t see anyone fitting his description. She shook her head.

The man let out a small sigh. “My idiot older brothers dragged me along for a “family bonding experience”." He made the little quotation marks, and Marinette never thought anyone could look cool doing that, but somehow this person nailed it. "Tt. I was unaware of when the coast would be clear. ” He rose gracefully from the ground, with the grace of a prince, rather than a crazy person hiding from his family.

“I have friends exactly like that, I totally get it,” she said, thinking how Adrian would be beside himself when she told him the story later. The pang of loneliness present since she’d left her friends in Paris, for college in America re-emerged. She shook her head clear of the maudlin thoughts.

The Kwamis would have had a field day with this idea too, thankfully she left them in her severely under-furnished apartment for the day in order to avoid the squabbling that came with taking a few of them out of the house at a time.

Marinette looked back out at the hallway again. Would the man's brothers soon appear? She found herself invested in what would happen. “What are you going to do now?”

“Well, Grayson has the keys, and those idiots will insist on participating in these shenanigans till the store closes, so…” he shrugged.

“Are they like… furnishing a whole house?” Marinette didn’t know how you could spend an entire day here. Sure, it was big, but…

“No. We are engaged in a no holds barred game of hide-and-seek.” Marinette’s mouth dropped open. “If one of them catches me I become the seeker.”

He smirked, “Because I held out the longest.”

"No, I mean, why are you playing hide-and-seek?" It seemed an odd choice for a bunch of adults. Well, Marinette and her friends would do it. But they also willingly became superheroes at the age of fourteen so their judgment was already in question.

He shrugged. "My oldest brother thought it would be fun, and our father is... out of town at the moment," he said with a bit of hesitation.

“So, you’re just going to hide in this showroom till the store closes?”

A devious smile spread across the man’s handsome features. “No, doing that has gotten boring. I intend to "troll" them," he said once again with air quotes. "If Grayson wants my participation, I shall make him regret it.”

Throwing away any idea of finishing her shopping today Marinette returned his smirk. “Any chance I could join you in your crusade?”

The guy looked her over suspiciously. “Why should I allow a stranger to join me and potentially ruin my chances at victory?”

Marinette thought for a moment. “Well, your brothers know you well?” He wavered at the admission but eventually - grudgingly - nodded. “Then they likely know what you’ll do to avoid and troll them. You need a fresh perspective. Plus, I can operate out in the open, I’m not officially a part of the game.”

Okay, time to bring out the big guns then.

Marinette huffed, “I also grew up in Paris without being akumatized.”

He raised an eyebrow. “What the hell does that mean?”

“Paris had a terrorist for five years that turned people into monsterized versions of themselves if they felt negative feelings. They were called Akuamas. Everyone in my class had it happen to them at least once. More for some particularly loose cannons.”

The guy looked bewildered. “Where was the news coverage?"

Marinette shrugged, trying to play off her knowledge as what a normal civilian would know. “Combination of corrupt politicians, social media blackouts, and magic. People died during these attacks, but everything was put to rights at the end of every fight due to the superheroes powers.”

His mouth dropped, but he recovered quickly looking contemplative. “I want to know more about this at a later time, but if what you say is true you can control yourself better than the average peon. Still, this shall not be easy. Are you sure you can keep up?”

He hesitates a second longer before shrugging his shoulders. “Perhaps this shall prove an effective tactic. ” He offered her his hand. "You may call me Damian.”

She took it, feeling a slight shock as her fingers touched his. “I’m Marinette, nice to meet you, Damian.”

“You shall regret saying that soon enough,” he said with a slight smirk. He looked over her shoulder. “Shit.” He dove beneath the desk he’d been hiding behind earlier. “Tall guy with the white streak in his hair.” Marinette turned to look. “Do not make it obvious,” he hissed.

Marinette grabbed her phone and leaned against the desk. With small side glances, she saw a man probably mid-to-late twenties with two-toned hair. He wore a leather jacket and seemed to be searching for something, or someone.

“Who’s that?” she asked quietly.

“He did not want to participate initially, but at the same time, he hates losing.  He shall hang on to the bitter end. More resourceful than the other two, and more violent, although less sophisticated.”

Jason moved closer to their showroom.

“Quick question miss?” Marinette glanced up from her phone. Jason stood at the entrance to the showroom.

“Non, it iz okay, I speak English well. Can I help you?” She batted her eyes just a bit. Marinette had long since grown from the days of not using all her advantages - courtesy of forced confidence from Chole. A friendship no one had seen coming but had grown quick and strong once they reached an understanding.

“Oh, I’m looking for my little brother, about yay high, black hair, green eyes, permanent scowl. Have you seen him?”

Marinette pretended to think for a second. “Non... I do not theenk so, perhaps help desk at zee front?”

“Yeah, maybe,” Jason said, Marinette could see he had already written her off as useless. “Thanks, anyway.” He walked away quickly.

There was a minute of silence. “Coast is clear,” said Marinette once Jason was out of sight.

Damian popped up, a gleam in his eyes. “Your lying skills are adequate; we may just win this yet.”