together through the night

“Stargazer Araeo,” Harry whispered. Ifingr curled eagerly by his shoulder, the rest of the basilisks near, but their eyes carefully averted.

The unicorn mirror shivered and shone, and like a pond clearing after a stone was dropped into it, Araeo’s night-sky face appeared in the mirror, foggy eyes wide and joyful. 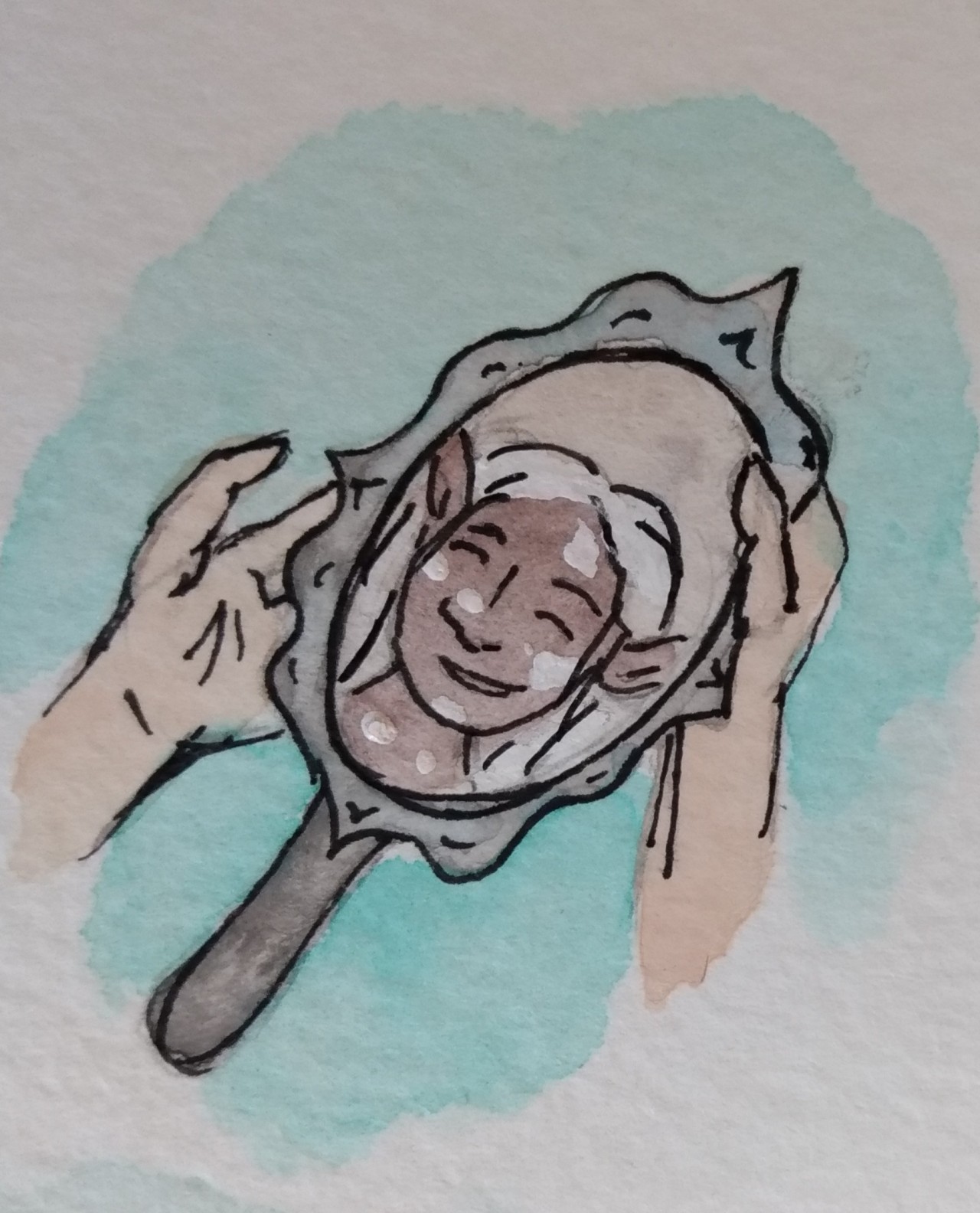 “Snakeheart,” he said, warm and relieved and soft. “It’s good to see your face.”

“Hi, Araeo,” Harry said, grinning so wide he thought his face would break in half.

“What about us?” Laila demanded. “Tell it hi from us!”

Araeo was laughing so hard tears were streaming down his face. “Can I assume,” he gasped, “that they’re saying how much they miss me?”

“Sort of,” Harry grinned. “You can think of it like that. They want to visit, at least.”

“Make the mirror show you Mosag!” shrieked Ouro in his ear. “Tell it I want bugs!”

The basilisk gave an exhausted sigh. Harry dutifully translated. On the other end of the mirror, Araeo cackled so hard he was hyperventilating.

“Right, right,” Araeo said, wiping his eyes. “Snakeheart. We have a lot to discuss. Oh—and I have a surprise for you. Ready?”

Araeo grinned, and then tilted the mirror to the side. Beaming at him with sparkling eyes and twitching ears, Limmy was shedding ambient green sparks in excitement.

“Limmy!” said Harry in delight, echoed by Laila, Ouro, and Ifingr. “You’re back!”

“Almost,” said Limmy, grinning. “Snake, we has the best news. Guess who is now officially neighbors with the fairies?”

Harry shouted in joy, leaping up and dancing around the room, Ifingr hanging on for dear life. “Limmy! Yes! Yes! ”

On the other end, Limmy and Araeo whooped together. “Long live the liberated elves!” Araeo cried, shoving his face back in the mirror.

Limmy grinned, joyful and vicious … and a bit fae. “And long live our new home!”

Thank you all for going on this journey with me! I can not wait for you to read the next book, as things get ... pretty exciting!

As always, no break in posting, so make sure you're subscribed to the series so you can catch the first chapter of into the wild unknown. (... Unless I decide on a last-minute name change.)