Stevie speaks first after she lets out a low whistle. “Wow. Do I want to know how that happened?”

“How what happened, Stevie?”

“How that happened, David. He was clearly on a date with you and you messed it all up being, you know, you!”

What if Patrick panicked and bolted when Stevie joined their date?

Thank you blackandwhiteandrose for keeping this to 1000 words because clearly I am not good at that and for the title and just keeping me on track. She's a good person. 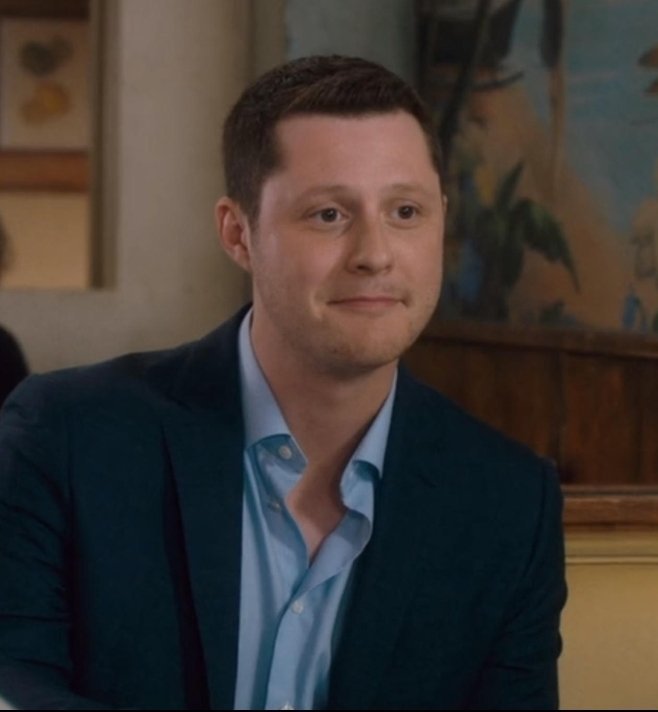 Patrick excuses himself to use the restroom while David looks down at his menu. He’s flustered, like beyond the day-before- the-opening-of-the-store flustered. Something’s off.

David looks up from his menu, oblivious to the scene that’s been unfolding before him.

She looks at him, apprehensively. “Is this okay?”

“Because he brought you a present and it’s very nicely wrapped. So I think I’m crashing a date.”

“Oh, no. No,” David replies. He looks over at the gift bag suspiciously, and side-steps the conversation. “I’m trying to decide if I really want to try this brisket sandwich. Part of me is worried that this isn’t actually brisket, though, and perhaps some animal byproduct...”

Stevie takes a gulp of water from a glass that might be Patrick’s. “David, he thinks you guys are here one-on-one.”

He slumps back into his seat, starting to get what she’s saying.

There’s not much time to argue because Patrick is back at the table, still looking flushed and a little upset.

“Hey... I’m actually, uh...I’m gonna take off. I’m not really feeling well and you have Stevie here to keep you company.”

Stevie looks back and forth between the two men. David is visibly shocked and appears faintly hurt. The expression on Patrick’s face is unreadable.

Patrick stops David as he starts to get out of the booth, “No, it’s all good. Have a happy birthday and a good dinner.”

Stevie knows she needs to stop this. “Patrick, what about your gift?”

“Oh, yeah, it’s really nothing. Once you see it...uhm, I gotta go.” Patrick places cash on the table and takes quick strides out of the building, almost like it was on fire.

They glance at each other across the booth.

Stevie speaks first after she lets out a low whistle. “Wow. Do I want to know how that happened?”

“How what happened, Stevie?”

“How that happened, David. He was clearly on a date with you and you messed it all up being, you know, you!”

“Uh, I resent that. This was not a date. Didn’t you just hear him? He isn’t feeling well.” David says, casually, but his body language betrays him. Maybe he got it wrong.

“Yeah, I can imagine not feeling well after asking someone on a date and then their best friend shows up to wreck the romance.”

“Nothing is wrecked, Stevie! This was a casual birthday dinner that my business partner invited me to.”

“Have you ever seen Patrick wear a nice jacket like that before?” She prods.

“Uhm, no? So he wanted to look good for my birthday.”

Wringing his hands in front of him, David looks like he’s about to protest, but he doesn’t. He can tell he messed up before she even opens the bag.

David sighs and shuts his eyes, listening as Stevie takes the tissue paper out.

She lifts what looks like a picture of a framed receipt and she can see at the top ‘000001.’ She gasps silently, drops the frame back into the bag gently, and puts the tissue back in its place. “Okay, you can open your eyes now.”

She knows her face is giving it all away. “David, this was absolutely a date.“

Stevie hands David the gift bag. “Go get your man.”

“Don’t argue with me. Go get him!” she commands, pointing toward the door.

David takes the bag and Patrick’s cash, knowing Stevie will pay for - and probably eat - the mozzarella sticks Patrick had ordered and heads outside.

Patrick left the Cafe, and walked down the street pacing back and forth, cursing at himself for leaving so suddenly. Maybe that was the “gay panic” he kept hearing about. How was he supposed to feel when his whole world seemed to turn upside down in a matter of minutes? If he had just kept his cool, he’d still be celebrating David’s birthday instead of looking like a lunatic talking to himself on Main Street.

It was just Stevie. It was David’s birthday. He should invite whomever he wanted.

He looked toward the direction of the voice. Of course David looked beautiful in the moonlight. He was holding his birthday gift, that Patrick hoped was still unopened.

“No, Patrick, listen. I made the mistake. You did nothing wrong. This was all me. I haven’t been asked on a date in so long I forgot what it felt like.” David gave a wry smile. “I’d like us to go back in and finish the date.. I’m still pretty hungry.”

Patrick searches David’s face for pity or obligation, but finds none. “Okay, David. If that’s what you really want to…”

He’s unable to finish the sentence because suddenly David’s lips are on his. One of them is moaning into the kiss, neither of them holding back. David pulls back and looks at him, shyly, and takes his hand, leading them back into the Cafe.

Out of the corner of his eye, Patrick catches Stevie giving him a thumbs up, which he gladly gives back to her.

The night may have not gone how he planned it, but everything worked out In the end.

Even better, when he included the bonus kiss in front of the motel when he took David home.

Thanks for reading! I had this clanging in my head for a bit and had to finally get it out there.