Jon snow the bastard of Eddard Stark has spent the last decade among the roses of Highgarden finding true friends among the noble reach lords and ensnared the heart of the golden rose. Alas, the fires of war consume all things fair and good in the world, and the young wolf must cast aside the cloak of winter to be reborn in fire. His Journey shall take him to lands far from the shores of Westeros to a land not his own, but it is among these compatriots he shall find kinship, love and acceptance for the great sea calls to the faithful.
Et Eärello Endorenna utúlien sinomë maruvan ar Hildinyar tenn’ Ambar-metta.
Out of the Great Sea to Middle-earth I am come. In this place will I abide, and my heirs, unto the ending of the world.

Chapter 1: A wolf of the south

Our humble tale begins with two knights of great renown 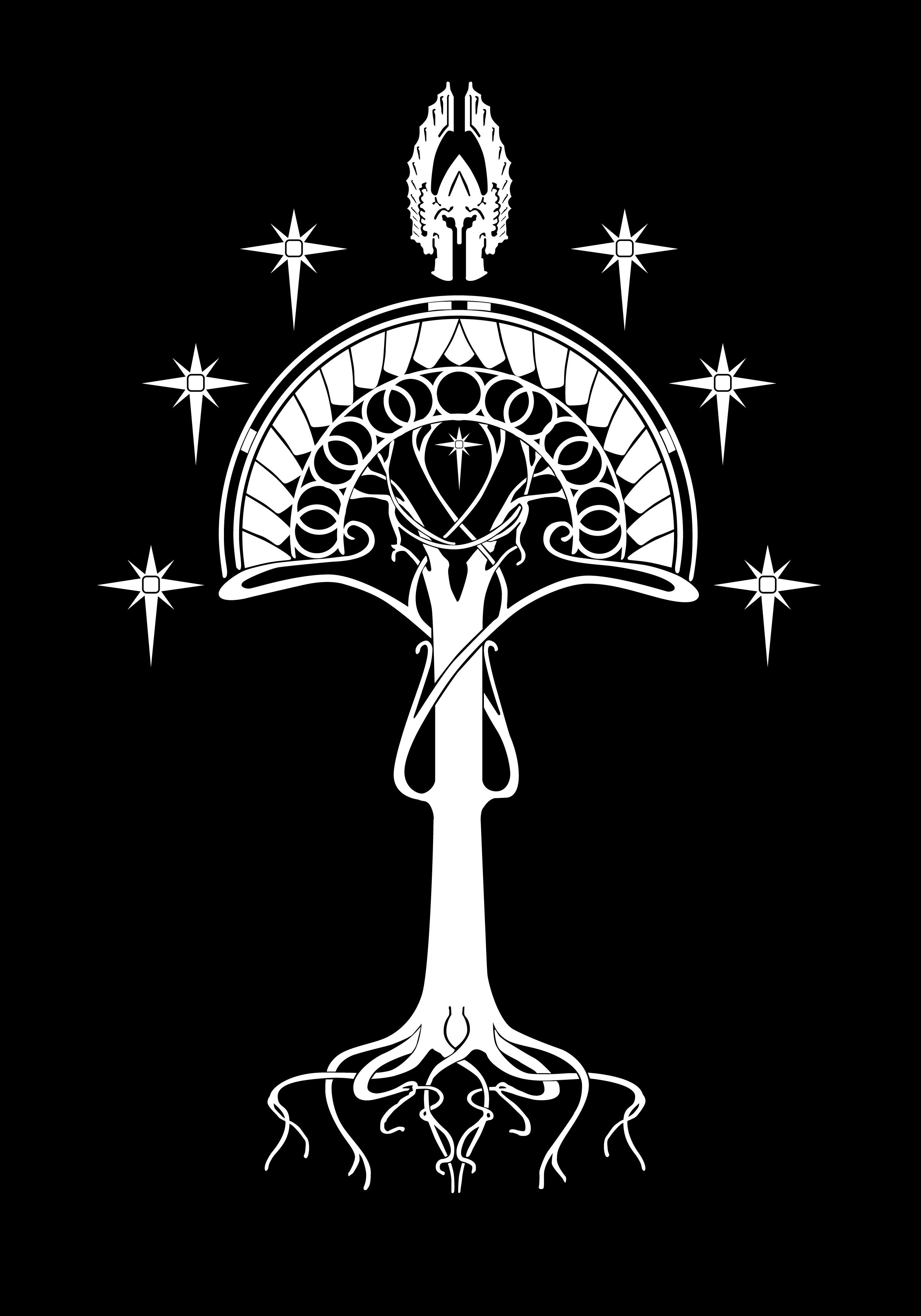 Highgarden, the seat of House Tyrell and its lord Mace Tyrell or how most people saw it his mother lady Olenna. Its mighty walls and towers were a sight to behold and its gardens were supposedly beautiful enough to rival any other. The garden was filled with many species of flora, everything from white lilies to the golden roses that sat on the Tyrell banner. The sweet sounds of birds chirping were broken by a sound of swords clashing, two men were fighting each other. One was Loras Tyrell, the Knight of the Flowers and the other was a man called Jon Snow, bastard of Winterfell. As the two men sparred with one another they were being watched by ser Loras's sister Margaery who was sitting under a large lemon tree drinking wine. The two men were going at it, neither was backing down. Margaery carefully watched them, Jon seemingly managed to match every move Loras threw at him and the same could be said for Loras. The two swords collided, their faces centimeters from each other.

"Ready to give up?" said Loras.

"Only in your dreams," said Jon. The two men continued slashing at each other. Both men were talented swordsmen, their skills almost evenly matched. Although of the two Jon has proven to be slightly better with the sword and Loras slightly better with the lance. As Margaery continued to watch them, lady Olenna came to the garden with several of her servants. She set on a chair next to her granddaughter and looked at the two knights.

"Dear God, they are still going at it."

"They been at it since noon, I'm surprised that they had not collapsed from exhaustion by now."

"Men, they always see each other as rivals and nothing more," said Olenna as she used a fan to cool down.

"It is natural for brothers to see each other as rivals,"

"I still don't know why your father agreed to foster that boy. If he was a prince or a lord, I would understand but a bastard,."

"He may be a bastard, but he is still Lord Eddard's son, we were on the losing side of the war, this was a good way to regain some favor."

"The north is on the other side of the continent, we are here, down south, anyone of the Northmen could have fostered him. Why us?"

"That was father's choice, and besides Jon has been nothing but good with us. I enjoy his company and so does Loras, they are thick as thieves."

"Well, let's hope he does not forget under whose roof he had lived for years once he returns to his father."

Margaery smiled at her grandmother "He won't, I know it." As the two women looked at each other the sound of someone falling to the ground caught their attention. Both men were laying on the ground, breathing heavily.

"It seems that their stupidity finally caught up with them." said lady Olenna, a small satisfied smirk on her face.

"It seems it has," said Margaery.

Both men were laying down and panting, both too exhausted to even try to get up.

"Only... in... you… dreams pretty boy." The two turned their heads towards each other and laughed.

"Men," said Lady Olenna in a disapproving tone. As the two helped each other get up, Margaery came to them.

"I think it's enough for one day, wouldn't you say?" Loras looked at Jon.

"For today, yes, but as soon as the next tourney starts I'm going to be the victor, and I'm going to unseat you, Snow."

"Let's make a wager then If I win you have to tell everyone in Highgarden that I m better than you."

"You have already bragged to the entire kingdom about your skill, what more could you ask for?"

Loras thought about it for a moment, then he finally came up with his reward.

"That sword you bought two years ago, the one that you always keep locked in your chest. I want that as my reward." Jon was slightly insulted by the request, he received that sword for his name day from lord Mace. But he agreed to the proposal, the possibility of beating Loras was too good to pass on.

"Well, now that that's settled, we have a trip to prepare for. Lord Eddard was named the new hand of the king, I'm sure your father will be glad to see you, Jon." Jon's smiled faded, he now had a serious expression on his face. It's been years since he last saw his father, not since he came here. Lord Mace raised him like his own son, Jon wasn't certain how would his father react, how will he react once they finally see each other again. Would his father even recognize him?

"Let's go and change, I feel like someone threw a bucket of water at me," said Loras.

Later that evening Jon was looking at the stars from the balcony of his room. He was still thinking about the eventual meeting with his father. He still remembers somethings from when he was in Winterfell, he remembered Robb and how they would run through the Godswood together, he remembered maester Luwin and the wise words he gave them and he also remembered the hateful gaze of lady Catelyn every time she saw him going near Eddard or her. He lowered his head and sighed. Then he felt a pair of hands envelop his chest. He did not flinch because he knew who it was.

"What's wrong?" asked Margaery in a soft and caring voice as she was putting her chin down on his shoulder.

"I always know when something is wrong with you, so tell me."

Jon sighed once more. "It's my father, this will be the first time we meet since I left to come here. I don't know how will he react when he sees me. What will he think of me?"

"He is your father Jon, he will be proud of the man you have become." her voice was sincere, she thought everything would come alright.

"Why does it matter that you are a bastard, you are who you are Jon. You are one of the best, most honorable men I ever met. He will be proud of you." Silence filled the room for a few moments.

"And how do you know that?"

"I know that because my father is proud of you, I'm proud of you." Jon turned around and looked into her brown eyes. Margaery's words seemed to take effect, the worry and fear started to go away.

"Most honorable you say?"

"What about the best looking?"

"Well, that would have to be Loras, but you are a close second."

"I'm hurt my lady," said Jon in a sarcastic manner.

"You might be second, but you are mine." She moved her head closer to his, their lips only inches apart now.

"Really." With that final word he brought his lips to hers into a passionate kiss, they stayed like that for a long moment before Margaery decided to take it elsewhere. She slowly leads him to the bed, not breaking the kiss for a second. Then she spun them around and pushed him towards the bed. Margaery started to slowly undress while Jon watched with an eager smile on his face. Once she was done she climbed onto the bed and then onto him. They stared into each other's eyes for a long moment before she once again brought her lips to his. As they kissed, she started undoing the buttons of his shirt.

Later they were laying in bed, her head was resting on his chest and his right arm held her in a tight embrace. They wondered if they could stay like this forever, just the two of them, laying here without a care in the world. Then a thought crossed his mind. Jon lowered his head down to look at her. "You think your grandmother knows about us?"

"Trust me, she knows. There is nothing that goes on in this castle that she does not know about."

"And does she approve?"

"I think not," Margaery thought about it for a second, her grandmother does not like Jon, but she never made a big fuss about it. "but let's not dwell on that, all that matters in here." Jon smiled and kissed her curling brown hair.

"I love you too," said Margaery.