Finally able to go on a proper holiday for the first time in over a decade, Bernie and Serena Wolfe have the time of their lives. When they return to an emotional minefield and a grandson begging for their help, will they be able to pull their family through it all?

Now
Bernie and Serena Wolfe continue to aid their children and grandchildren through the trials and tribulations of everyday life.

Long running series with relatively short chapters.
Solves the summary issue and MUCH after the fact.
New chapters Wednesdays and Saturdays. (UK time) 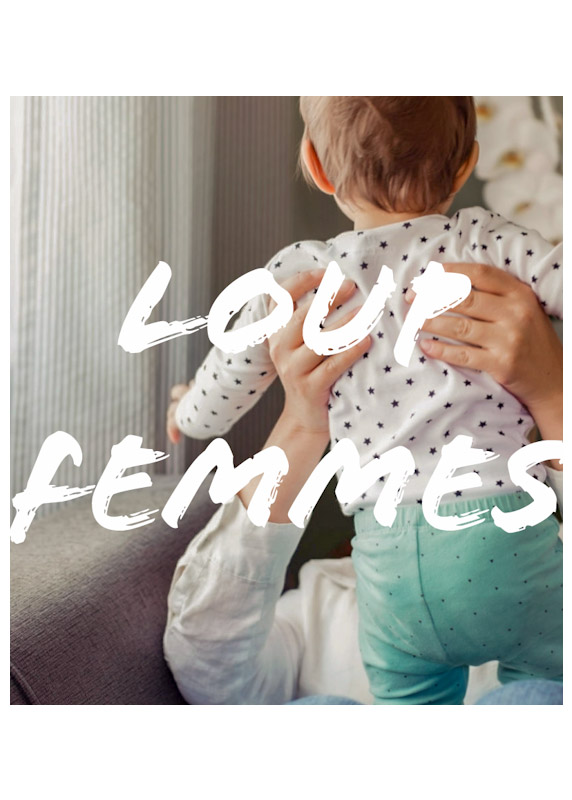 Before we get to the thick of it, let's take care of some housekeeping:

- This story occurs about a month after the end of the last story. You might want to give that one a quick read before this one to understand where everyone is coming from and what they're experiencing.

- This story touches on subjects that are rather sensitive in nature. I'll put a warning in the notes above the chapters that might be triggering to some. They shouldn't come until much later and will come far and few between, hopefully.

- New chapters to be up around midnight on Wednesdays and Saturdays, GMT.

- I'm American, unfortunately. So, if you're seeing things spelled differently or referred to differently from it's usual British origins, I just want you to know why. I try my best to correct everything (with exception to our spelling differences), but sometimes they slip by. I do give it an honest effort though.

Allowing their granddaughter to plan a dream holiday for them, Bernie and Serena Campbell enjoy some alone time.

Cole Wolfe airs his anxious thoughts to his mother.

Serena Wolfe rests under the cerulean comforter of the queen sized bed, wearing little more than her pride. Her eyes open slightly as the sunlight beams through the open French doors. She’s able to make out a form standing there in the doorway, wearing only the short, blush colored silk robe around her body, knowing exactly who it would be. “You’re up early.”

Glancing over her shoulder, Bernie Wolfe holds her warm coffee cup between her hands. “Earlier than you, yeah.” She huffs a soft sound of amusement to herself, “actually, you’ve slept in.”

“Quarter past nine.” Bernie turns away from the French doors, leaving them open as she nears the bed. Setting her coffee cup on the bedside table, she begins to crawl across the bed, toward her wife. Leaning in, she captures a tender kiss from the woman. “Are you hungry? I can order breakfast.”

French Riviera. Serena has always loved France, ever since she was a girl, but she had never actually been to the coast. Always choosing the smaller quaint towns and vineyards inland for her trips. When her granddaughter suggested they travel to the French Riviera for their anniversary holiday together, she couldn’t think of a better choice. Bernie loves being by the water, and she loves being in France. Win, win. “Will they deliver?”

Bernie hums her approval, stealing another kiss before sitting with her back against the headboard. “You order through the hotelier service app on your mobile. I was taking a look at it earlier, but would hate to wake you with room service and food that you weren’t prepared to eat just yet.” She reaches over to the bedside table for her mobile.

“Order us something then, darling. You know what I like.” Serena smiles softly, yawning a bit as she rolls onto her back, slowly still waking. “I haven’t slept this late into the morning in years.” She starts to stretch, the blankets moving down and exposing her bare chest. Before, earlier in their relationship and marriage, Serena was still modest when around her wife. However, now, there wasn’t anything either of them hadn't seen on one another regularly. Her modesty had gone out the window.

“Well, you weren’t terribly tired last night.” A smirk starts to form on Bernie’s face as she focuses on the mobile in her slender hands. “Kept me up for hours, that’s for sure.” She receives a playful nudge from her wife, causing her to give a low chuckle.

Serena’s cheeks turn crimson as she reaches over to gently touch her wife’s long, muscular leg. “Can’t we extend our stay for a full week?”

Glancing over to her wife slowly, Bernie arches an eyebrow, “I wanted to do that in the first place, but you were the one that argued against it. The children need us, you said.” Setting her mobile back onto the bedside table, Bernie scoots down on the bed to be face to face with her wife, “you were correct then, are you willing to admit that you were wrong now?”

Leaning in, Serena presses a soft kiss against her wife’s nose, “no.” She exhales slowly, “they do. I mean, we’ve only been out for two days, thus far, and Cole has had you on the video conference for an hour each day.”

Bernie smirks to herself, “he’s worried about us.”

“He’s worried about you . What’s a shadow without a host?”

“It is lonely without having him next to me.” She pouts playfully, “I suppose you are a sufficient substitute.”

“Oh, I think I may be a bit more than that.” Serena rolls over top of her wife, pinning her to the bed. She leans in, kissing Bernie’s lips passionately before beginning to trail softer kisses down her jaw and neck. “I don’t want you to mistake it again.” She jests, knowing that her grandson’s relationship with his Gran was obviously something vastly different from what she has with her wife.

Bernie moans softly, placing her hand atop Serena’s head, threading her fingers through her hair as the woman reaches her chest, being playful as she runs her lips against the silk robe. Suddenly, a knock is heard at the door, causing her to softly begin to hum a giggle to herself. “That’s too bad.” Of course she doesn’t want to move. That’s the last thing she wants, “Breakfast is here.”

Serena groans, rolling back onto her back. “Let me put on my-”

“Come in!” Bernie yells, not giving her wife a moment as the silver haired woman screeches with embarrassment as she slides down in the bed, pulling the covers over her head. Bernie starts to laugh harder as the attendant pushes the large cart of food into the room, “thank you so much.” Her long legs climb effortlessly from the bed as the attendant slips out.

“Berenice Wolfe, you’re the worst.” Serena lowers the blanket, scowling toward her wife.

“Probably, but you married the whole thing, darling, and it’s too late to rid yourself of me now. I have you exactly where I want you...naked and in bed.” Bernie smirks playfully as she lifts a raspberry to her lips from the plate of the light breakfast that France is so known for. “ Un café noir et un croissant... ainsi qu'un assortiment de confiture et de miel.”

Serena grins broadly, thinking of how turned on she happens to feel at that very moment with the beautiful French coming from her wife’s mouth, even if it is just the breakfast menu of what she ordered, “I did marry the whole thing...and you haven’t changed a single bit since the day we were.”

“Few more wrinkles...many more grandchildren.” Bernie lifts a blueberry from the bowl of fruit included with their small meal, bringing it over to feed to her wife in bed, only to be pulled down by the woman’s arms onto the bed as she does so. Hearing her mobile begin to ring, she decides to ignore it in favor of giving in to her wife’s whims.

“Mum.” Cole Wolfe barges into his mother’s bedroom, which she’s also fashioned into a sort of office for herself, a nervous tone to his voice. “Mum, I can’t get a hold of the Grands.”

“I bet you can’t.” Charlotte Wolfe mumbles to herself, smirking as she focuses on her rose gold, ultra thin laptop. “Why do you continue to bother them anyway? They’re on a well deserved weekend holiday and you’ve phoned every day. I mean, they’re only out for an extended weekend, Cole. They aren’t staying there forever.”

“But they could decide to.” Cole nods, “I’ve researched photos of the place they’re staying and other tourist attractions of the French Riviera and it’s beautiful there. A paradise of sorts.” He takes a seat at the end of the bed, lifting his leg to look at the boot cast still on his leg, “I mean, if Grandad and Auntie Sian decided to move away, I’d be disappointed, but...it wouldn’t be like if the Grands moved house.”

“Goodness, Cole.” Char turns in her cream colored desk chair to better face her eldest son, “has anyone ever told you that you think too much?” When he doesn’t answer, she sighs, leaning back in the expensive office chair, “your Grands have never been on a proper holiday together since their honeymoon. That was over a decade ago. Yes, I know they’ve gone on holiday with you and Gwennie here and there, but nothing with just the two of them since you lot were born.”

“Why haven’t they gone on holiday with just the two of them since their honeymoon?” Cole gets up from the bed, starting to pace. It’s something he does to calm himself, but he only really does it when he’s anxious. He hasn’t done it in months.

Charlotte watches him, then shrugs a little, “they uh...they helped me with you because I wasn’t...” She attempts to find the words, adjusting her position within the office chair. “I wasn’t at my best, but you grew intensely attached to them in that time...then your brothers came along not long before your second birthday and they were...a bloody handful.”

“So why did you have them then?” He mumbles, not actually meaning the words.

“Your father grew attached and they were the last two left in the box of babies.” Char smirks, teasing in her statement, “also, could you imagine a world or even this family without your brothers? I mean, Owen does his thing, though he’s doing much better now that his hip has healed, including the laps around the house that he’s so fond of doing to keep himself occupied. Lane is getting better every day. Doesn’t even use the walker anymore if he takes his time...and his cane.” She thinks back to the car accident that gave Lane multiple brain bleeds, caused her daughter’s early birth, and ripped her husband from his family entirely, but manages to keep her wits about her. “What’s gotten into you?”

Cole shakes his head a little, his voice low, “Nothing. Everything’s fine.” It isn’t fine. His mind travels a mile a minute as he makes his way from the room. He’ll try to phone his grandmothers again in a bit.

I know I was going to wait until the weekend for this, but...why not. I'll post one a day for the weekend and two on Wednesday (for my birthday), then we're back to a regular posting schedule.