When everyone went in to training that day, they thought it would be the usual that happened. Bakugou lets of a few explosions, Kirishima tries to calm him down, Midoriya mumbles, or a slew of many other things.

What the class didn't expect was for the Yakuza of all things to attack them, and one of their own to be a co-leader.

Hi Hi! Hope you all are doing well and hope you like this fic :D

If you want, let me know your thoughts, any mistakes you may find, if you think any warnings need to be tagged, or any tips! All help and comments are welcome!

When everyone walked into Ground Beta that day, they got what they expected. A normal training day. This time it was just some quirkless sparring in a ring of tape on the concrete floor. The air was humid even with the air conditioning running and the smell just continued to increase as the sweating bodies were kept somewhat close together while they worked up even more of a sweat.

Even Aizawa, who was usually found in his yellow sleeping bag, seemed to be feeling the heat as he shucked the sleeping bag away into the corner of the room and kept tugging on his scarf to get somewhat of a breeze going against his neck. Though it didn’t seem to do much as he was just as sweat soaked as the rest of them.

Some could even argue that they saw heat rays rise from the floor as they continued on with their sparring. Though Aizawa didn’t listen to their complaints, stating something about them having to work in all types of climates when a hero, he, along with Toshinori, made sure they took plenty of breaks and drank the necessary amount of water to keep them hydrated.

It was during one of said breaks that their routine started to vary. First, the lights of the building went out. That, in itself, wasn't a big deal as natural light filtered through the high windows giving the group plenty of light to still see by. But it did cause some of them to look around cautiously as they remembered the USJ and how the lights had flickered off before the attack.

“Maybe the heat is affecting the electrical breakers?” Kaminari states with a slight stammer to his voice, moving closer to his friends despite the heat.

“It’s too fucking hot to deal with this building’s shitty electricity.” Bakugou grumbles.

Midoriya moves to go look at the breakers on the wall towards the exit, fiddling with them. No one paid him much mind.

Aizawa surveys the room then shrugs. “This is one of the gyms that does need the wiring checked in.” He goes back to his spot near the circle to watch the next of the matches. Toshinori went back to his seat near the former, arm still in a sling.

The second thing that started to vary was the honeyed voice that seemed to come from all directions.

People’s heads whipped around as they looked for the source of the voice, starting to all crowd together near their teachers. All except Midoriya who was still by the electrical box.

“W-who’s there?” Mina stutters out.

Some of class 1-A’s heads started turning towards the exit where it seemed the voice was now coming from. Midoriya still hadn’t turned from the electrical box.

“Deku, get over here!” Uraraka cried out.

Even Aizawa was now looking in that direction, trying to look for any threat that could be holding his student in place.

That was when Midoriya started unzipping his suit and slipping it down to his waist. What was usually just bare skin under it was actually a nice dress shirt and vest with gold trim and a star decal on one shoulder. One that looked strangely familiar to Aizawa. The teacher racked his brain of where he’d seen that outfit before.

Toshinori let out a soft curse.

Now everyone was looking over at Midoriya, who tilted his head back and seemed to be putting eye drops into his eyes.

“Everyone run!” Toshinori’s voice spurred everyone into movement and there was the usual stampede of everyone running straight to the exit of the gym. But before they could get even a few feet, the door shut and the barricade rose up, sealing them all in.

A chuckle rang out and everyone turned to look at Midoriya, who slowly turned while rubbing at his neck. What they saw shocked them.

Instead of his normal jade eyes, his left one held a star around his pupil. And the color themselves seemed more toxic than emerald. Though no one had seen him without his mask, everyone knew who those eyes belonged to. They had been in the news for years now. They belonged to the S-Ranked villain that co-ran the rising Yakuza.

“4.” Midoriya said in the same honeyed tone as the rest of the countdown and the self proclaimed Dekusquad paled at the implications of what this all meant.

“Polaris.” Eraserhead spat. “Where is my student? What have you done with Midoriya?”

Midoriya just let his lip quirk up in a smirk and pulled a gun from inside the breaker box and cocked it. With his hand now from his neck, the Yakuza tattoo stood in stark contrast to his pale skin.

A few explosions from nitroglycerin soaked hands happened from the middle of the group, and if it weren’t for Kirishima hardening his body, he would’ve been scorched like a burnt marshmallow. “Fucking deku! What the hell do you think you’re doing!”

Eraserhead and Toshinori, even though he couldn’t use any more OFA, moved in front of the group of students, arms out in order to shield them as much as they could. Eraser’s quirk activated on its own accord as his hair raised and eyes turned red. Behind him he could hear a few sniffles and even felt a shaking pair of hands clutch at the back part of his costume.

“Deku no!” Uraraka cried out, tears falling down her cheeks as she looked disbelievingly at him.

All Might looked at him sadly, “Midoriya, my boy… if you are in there, please fight this.”

Izuku doesn’t even spare her a glance as he keeps the gun leveled at Toshinori’s chest. He could see Aizawa tense and the scarfs start to rise to most likely wrap around him. “1.”

That was the last thing everyone heard as a loud explosion, this time not fueled by nitroglycerin, caused everyone’s ears to ring and glass to shower over them as the windows were broken in.

Ropes lowered from the now broken windows and members of the Yakuza swarmed in, preceded by the 8 Precepts and Overhaul himself, along with the main members of the League. And just as everyone was regaining their hearing from the ringing, there was a smaller but just as prominent bang and the students watched in horror as All Might, the former symbol of peace, fell to his knees.

“I am Polaris. Co-Leader of the Yakuza, civilian name Midoriya Izuku. Let’s play a game.” A manic grin spread across the usually friendly face. 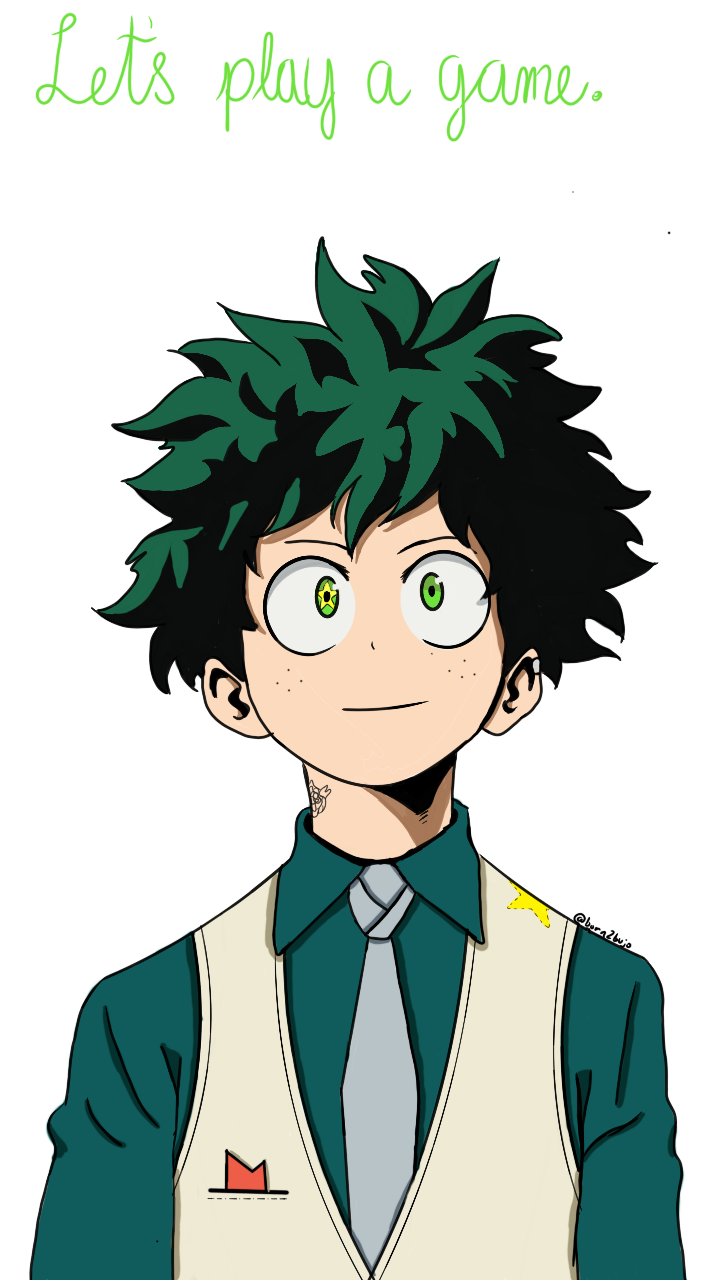 If you're looking for a discord server dedicated to all that is fanfiction writing, betaing, and editing, open to all fandoms, I've got the server for you! Feel free to talk through your ideas for your upcoming fics, or if you're new on the scene and want tips on how to get started, this should hopefully help! Here is the link: https://discord.gg/mkHbw8PCy4