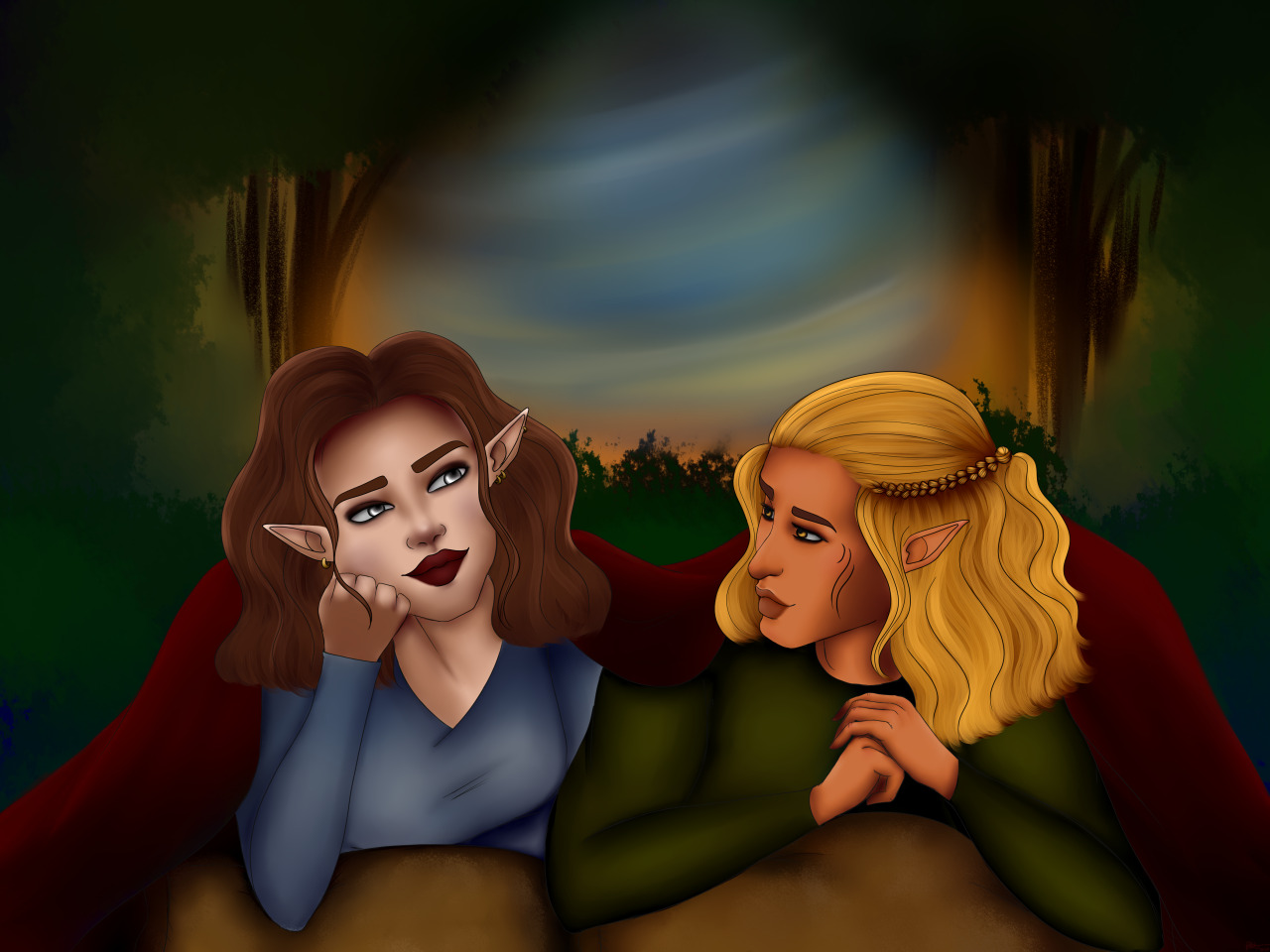 Leliel has shared her bedroll and tent with Zevran for months now. His hands have touched every part of her, have kept her from bleeding out during battle. His hands run through her hair at night to lull her to sleep. His hands caress her body- whether they’re naked beneath the stars or hiding in some alleyway with their armor still on- Leliel has never felt so safe.

She’s killed darkspawn and men, demons and werewolves, and yet…

She can still feel the cold press of armor against her skin, the grimy hands and hot breath against her neck. The way her throat closed when no one believed her. No one cared. She was just another elf. Another mage. Another thing for the Templars to play with and discard.

Sometimes, she is stuck between two worlds. One where Zevran is running a hand down her back, and another where it’s the Templar. It makes her sick. Her body hurts, and Zevran knows. So he stops; sometimes, she has to leave the tent. He waits up for her, and when she returns, he welcomes her with open arms. Zevran feels like home, or what she always wished home to feel like. Safe. Warm. Peaceful.

Zevran recites terrible Antivan poetry and teaches her a few words like maldición, mierda, imbecil… but also te amo, soy tuyo, amor. She can’t roll her r’s the way he can and he never lets her live it down. But there’s a gleam in his eyes when she says the words anyway.

It breaks her heart that Zevran understands, it fills her with rage and sorrow that anyone would have hurt him that way. But when those memories resurface, she knows. She understands. She holds him after the nightmares wake him. Lays beside him and holds his hand when he can’t stomach anything more. He lets her trace the scars over his body, giving her terribly exaggerated accounts of how he obtained them. She knows it’s bad when he jokes about it. So Leliel tells him of the Circle. Of the few memories she has of her childhood. She tells him of her Harrowing, and he cannot imagine walking through the Fade alone.

He doesn’t look at her with pity, but what she sees in his eyes is enough for her to wish she had met him sooner.

maldición: dammit, a curse like you’ve been hexed or something

te amo: i love you

soy tuyo: i am yours

Description: The sun is rising behind them, they are at camp/out in the woods. Zevran and Leliel are lying on their stomachs on their shared bedroll and are covered in a dark red blanket. Leliel is wearing a greyish blue sweater and is resting her jaw against her right fist and is looking at Zevran. She has one gold earring on her right ear and three gold earrings on her left. Zevran is wearing a dark green sweater and has his hands folded before him. He is looking at her and his facial tattoos are visible.

DukeSilver as well as 1 guest left kudos on this work! (collapse)