Napoleon and Illya are on the chase in New Orleans during Mardi Gras.

The ABC Challenge on Section VII- Live Journal consists of a daily prompt based on letters of the alphabet. This Challenge was specific to the city of New Orleans during Mardi Gras

The prompts for this challenge: 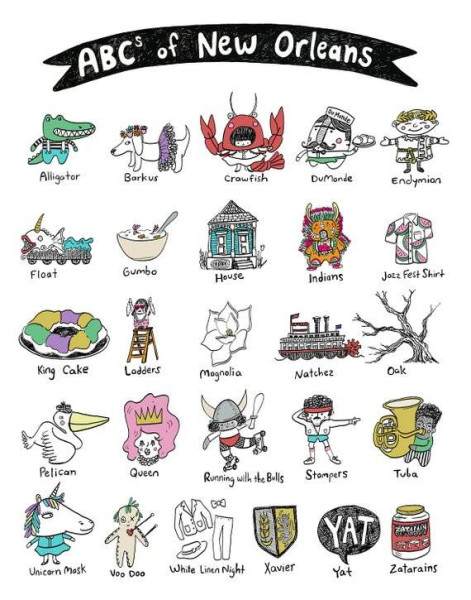 A is for Alligator

Why Kuryakin followed his partner on his off-duty adventures was a mystery to him...of course there was always the reason that Napoleon needed protection from others as well as himself at times.

When not off in pursuit of women Solo was often interested in acquiring a new article of clothing.

This was one of those times and in of all places, New Orleans at the start of Mardi Gras.

Napoleon decided he needed a new pair of shoes, and not your everyday run of the mill European designer shoes. No, he wanted a pair of shoes custom made from the hide of an alligator.

The shop he was headed to was one of the few licensed to make and sell such shoes, given the Environmental Protection Act had just listed the American alligator as an endangered species. The hides used by this shoemaker came exclusively from a local alligator farm where the animals were bred for commercial use.

Because of the Act, the price of alligator products had become quite dear. That made them all the more desirable and exclusive in Solo’s opinion.
A small brass bell not unlike the one in Del Floria’s tinkled their arrival as they opened the door to their destination located on Canal Street.

While Napoleon discussed his business with the shoemaker, Illya wandered around the small shop examining samples of the craftsman's handiwork. He had to admit, the man’s work was superior.

Solo sat down in a nearby chair, having his measurements carefully taken.

"Your shoes will be ready tomorrow evenin’ Monsieur Solo,” the shoemaker announced.

He was an older gentleman with a receding salt and pepper hairline, yet his face was quite youthful looking behind his wire-rimmed spectacles.

“Merci Jacques, but...” Solo flashed one of his charming smiles while dangling a twenty dollar bill in front of the shoemaker’s face.

The man sighed. “Would tonight be better for you?”

The man accepted the bill with a sigh and stuffed it into his trouser pocket. “Five o’clock?”

“That’ll be perfect. Until then I bid you adieu.” Napoleon gave a little a salute.

Together he and Illya left the small shop; they were greeted by the sounds of a rocking Zydeco band that had set up on the sidewalk.

The singer was belting out a song while accompanying himself on a piano style accordion. He was backed by a young man on a second accordion, there was  full drum kit, someone using a washboard, and several guitarists. There was a saxophone as well.

“Now this is more to my liking,” Illya nodded while conspicuously snapping his fingers in time with the beat.

“It’s catchy music; I’ll admit that tovarisch.” Napoleon leaned in so his partner could hear him over the din of the crowd that had gathered to listen to the band.

“I would be perfectly happy to remain here and enjoy this performance.”

That got Kuryakin’s attention. “I suppose not. Perhaps we could go try some local cuisine? I hear there is a place that serves turkey and alligator gumbo.”

Solo cringed. “I have no interest in eating what my new shoes will be made of.”

“Very funny. I’m fine with chicken gumbo but that’s it. On second thought, I’ll pass for now. I’d rather wander and see the sights. We never get to look around while on assignment here. Though we’ve had some good tours of the local cemeteries.

“Suit yourself Napoleon. I will meet you back here at 5 o’clock to pick up your shoes, but please my friend, do not go and get yourself into trouble with some woman?”

“Duly noted, now go eat or whatever it is you want to do.” Napoleon pushed his way through the crowd of people on the street disappearing from sight while Kuryakin remained, listening to the music.

Finally when his stomach began to grumble its protest, Illya sought out the little corner restaurant that served the gumbo he’d mentioned.

The gumbo was advertised as a savory blend of alligator sausage and stewed turkey served with buttered Leidenheimer French bread for dipping. Dark and with a hint of spice, this gumbo had the flavor of the bayou all over it

The meal wasn’t bad at all but it was a bit disappointing as Illya thought the alligator meat tasted more like chicken.  After paying his bill the Russian wandered about, enjoying the costumed revelers there for Mardi Gras.

One blonde woman in a skin tight black and white Harlequin leotard sidled up to him, rubbing her body against his. She was wearing a black face mask, and small a two-horned cap with bells.

“How about buying a girl a drink, handsome?” Her hands immediately began to wander down along is body. It was obvious she wanted more than just a drink.

He grabbed her wrist circumventing her hand from wandering too close to his groin.

“Thank you miss, but no thank you. I am meeting someone and I cannot be late.” He spun her around, sending her back into the crowd.

She stood there blinking for a moment before she latched onto another man. “Laissez les bon temps rouler!” She shouted in Cajun French.

Illya shook his head, laughing to himself at the bourgeois debauchery that was taking place; it was deliberate overindulgence before the ritual fasting of the Lenten season.

He arrived on time at the shoemaker’s shop, and leaned against the outer brick wall with his arms crossed in front of himself.

The Zydeco band had moved on and now there was nothing but drunken revelers staggering along the street.

Illya checked his wristwatch once, then again until it was now quarter past the hour. He sighed, not relishing the idea of going in search of his possibly wayward partner.

Finally Napoleon appeared from among the crowd, sauntering along and looking quite pleased with himself.

“You are late,” Illya hissed. “Am I safe to assume you had yourself a little rendezvous?”

Solo actually blushed. “Well I wasn’t looking, but opportunity knocked and who was I to not answer?” His breath smelled of scotch.

Illya gave no reply, why bother when he had said the same things time and again about his partner’s indulgent behavior when it came women.

Napoleon opened the door to the shop, greeted again by the cheerful the tinkling of the brass bell.

“Ahhh Monsieur Solo, your shoes they are ready and I must say I am very pleased with the way they turned out.” Jacques held them up for Napoleon to see.

“Fantastic!” He sat down to try them on at first, then stood before taking a few steps. They felt like he was walking on a cloud.”

“How much do I owe you Jacques?”

The shoemaker presented his bill, and Napoleon seemed unfazed by the amount. He reached for his wallet in his back pocket, but paused. After checking his other pockets he realized his wallet was gone.

“What is wrong my friend?” Illya asked.

“I think the young lady I had drinks with picked my pocket...say, do you think you could spot me the money for these partner?”

llya huffed, shaking his head yet again. He picked up the bill and his eyes went wide, yet said nothing so as to not insult the shoemaker at the expense.

Kuryakin opened his wallet and counting out the cash, he paid the bill. He put the receipt for the shoes in his bill fold.

Leaving the shop together, Solo carried his new shoes tucked under his arm in a paper sack.

“I was surprised tovarisch, no moths flew out of your wallet again,” he chuckled.

“It happened only once, coincidentally when we were here in New Orleans, but I suppose you will not let me forget that, will you?” *

“You better believe it,” Solo grinned.

“So you are not even going to wear them?”Illya asked.

“Not here, I wouldn’t want to scuff them up. I’ll save them for a less public occasion, preferably indoors at a fine restaurant.”

“Just make sure you pay me back when we return to New York, or else,”Illya cautioned.

“That is what I am afraid of…”

Ladyfiaran and galathil as well as 2 guests left kudos on this work! (collapse)