Time Out, Time In

Judy's been asked out by another rabbit, but she missed out on dating experience in her pursuit of her career. She asks Nick to take her on a date to teach her what to do. And she gets free "time outs." 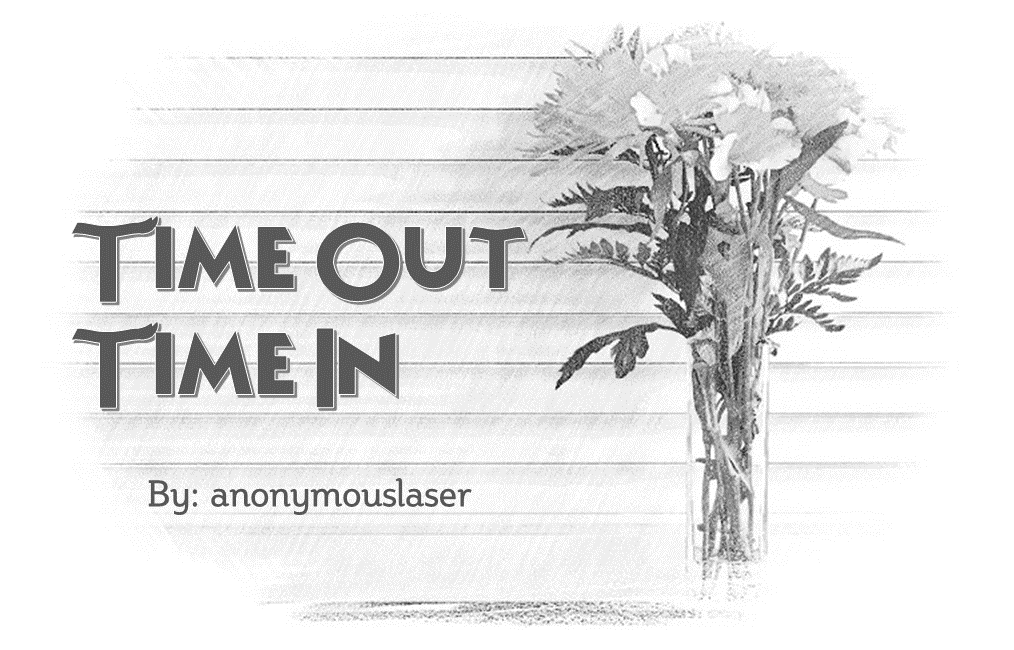 Their break was almost over. Nick took a long pull from his blueberry smoothie and idly watched the busy intersection through the windscreen. He had snagged the perfect spot for their break. It was near one of their usual lunch places and Judy’s favorite smoothie counter. And in their elevated patrol car, they had a commanding view of one of the busier intersections in the financial district.

Said bunny, however, seemed to not appreciate this. She occasionally glanced around, but the regular buzz from her phone would draw her attention for a minute or two as she read and replied to the texts.

“Carrots? Who are you texting?”

Nick smirked and casually leaned over, muzzle nearly touching her shoulder. He whispered in her ear, “Is it your folks?”

She jumped and turned her phone face down in her lap. “What? No! I’m just...hey are we on the clock?” She tried to look steadily at him, but her nose twitched. She hoped he didn’t notice.

Nick leaned back in his seat and put his shades back on and a grin on his face. “Fine Carrots, don’t tell me what’s going on. But you should know my birthday isn’t that close, so you don’t have to plan the party this far in advance.”

Judy chuckled and gave him the most sarcastic look she could before looking at her phone again. She was in the middle of typing out her reply when Nick touched her elbow.

“Hey, look. Do you see that ibex over there?” She immediately set down her phone and started scanning the crowd with narrowed eyes.

“Where, Nick? Is he in that clump by the benches?”

“Now let’s see…” Nick suddenly sounded very relaxed. She was confused until she looked over at him going through her phone messages.

“Give that back!” Her shout caught him off guard and a small scuffle ensued. It ended with Judy getting her phone and Nick straightening his shades and trying to smooth out his uniform.

They sat in silence for a few moments, before Nick spoke up. “Sooo...who’s JJ?”

“Ugh. I knew you would get all...whatever about this.” Judy put her head in her paws and sighed. She knew she could either evade, draw it out, and eventually tell him or go ahead and tell him now. “Jack Jones.”

“Jack Jones...Jack Jones...Ah!” Nick snapped. “The barista at the Furbucks on 12th! Right?” Judy sighed and nodded. “I think he eyes you every time we go in. Heh, Jack. Not a very original name for a rabbit, eh?” Nick looked at his partner and saw the twitchy nose again before she turned away. Nick started the car and pulled out to continue their patrol. After three blocks of silence, Nick tried again. “Well?”

“Well, why is he texting you?”

Judy took a deep breath and said all at once, “He wants me to go on a date. With him.” She looked up at her partner and was surprised to see several emotions fleeting across his face. It quickly settled to his pleasant smile though.

“Well, that’s...nice. He seems like a nice buck.” He looked back at her; her nose was practically vibrating. “When and where?”

“When and were what?” Judy snapped back.

“When and where are you going out?”

“Why, thinking about crashing it?”

Nick grinned. “Of course. So?”

She suddenly looked away again. “We don’t have it set.”

Nick glanced over as he drove. “Hey, Carrots, if you need me to cover a shift or something for you, then I don’t mind…”

Nick may have put the brakes on slightly harder than necessary.

“Is he bothering you?” Judy heard the hint of a growl.

Nick visibly relaxed. “Oh come on Carrots, it’s just a date. You know how it goes. The first one is awkward. If there are more, then they get better. The relationship is the hard part. At least for some of us.” He glanced over at Judy who had an odd look on her face.

“Come on, how many bucks have you been involved with?”

“What?” Nick, once again, put the brakes on a bit too hard. “Officer Hopps, are you serious?”

“It’s not easy to get into the academy, especially when you’re a bunny! I had to be better. I had to let other things go. That’s just one of the things I...let go.”

“How many dates have you been on?”

Judy was silent, ears drooping. She let half a block slip by before she replied. “Not that many.”

Judy only shook her head.

She shook her head again.

Nick looked at her like she had suddenly grown a rhinoceros head. Nick turned the corner and drove another half block before responding. “They were school dances weren’t they?”

Judy sighed and her ears drooped even further. “How do you do that? Anyway, it doesn’t matter. I don’t have much experience so yes I. Am. Scared.”

Nick pulled in to a spot near the park. They automatically got out and started walking the perimeter. About half-way around, Judy gasped and started smiling and bouncing. “Hey Nick?”

Nick quickly dropped his shades again. “Ah, Carrots, you’re playing with fire. My charm might be too much for you.”

“Please Nick! You’ve been on real dates, you can help me with what to do and how to act.”

Judy gave him a huge grin. “You get to be seen with the famous Officer Hopps of the ZPD.” Nick looked at her over the rims of his shades. Judy tried a more pleading look. “And you’d be helping a friend.”

She put her paw on his shoulder. They both knew he didn’t have a defense against the look she had on her face. He sighed. “Alright Carrots, I’ll do it.”

Judy whooped and hugged his arm.

“Ok Carrots.” Nick gently shook his arm to get her to let go. “Here’s the plan. We’ll both do our best to act like it is a real first date. That way you get some sort-of-real practice. But…” Judy was bouncing next to him, but calmed some when he paused. “...because you’re a beginner, you’ll no doubt have lots of questions. To accommodate that, we will have a rule. You can call a ‘time out’ and talk about what’s going on.”

“Or clawpost which is still the superior sport.” Nick pressed on, ignoring her playful indignation. “Yes, so you can call time out to figure out what’s going on and time in to get back to the action.”

“YES! That sounds great.” Judy’s excitement radiated off her.

“Well, how about tomorrow?”

“For...our date?” Judy’s eyes darted to Nick, then everywhere else.

Nick choked on his spit but covered with a cough. “Practice date, and yes. You want to go out with this JJ guy, right?”

“Then you need practice as soon as possible. That first date is crucial. We both get off by 4, so I’ll come pick you up at 6.”

“Nick, I can just meet you somewhere.”

“No way Carrots, you’re getting the full Nick Wilde first date treatment. I’ll pick you up at your place. At 6.”

Judy practically hummed with energy for the rest of the shift.