The Once Upon a time Affair: Voronin

Napoleon and Illya are drawn into the Cold War when they must help a Soviet Scientist defect from Russia. Complications arise, as always putting Kuryakin in a tenuous situation as he must travel to East Berlin to complete the next part of the assignment.

The Once Upon a time Affair November 2019 writing challenge on Section VII- Live Journal: the story must begin with this prompt.

To the casual observer it could easily seem as though Napoleon Solo was quite a lackadaisical man. His relaxed posture, and apparent disinterest in what was being said, belied the sharp senses which were taking in everything. 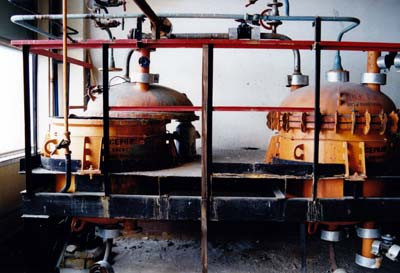 To the casual observer it could easily seem as though Napoleon Solo was quite a lackadaisical man. His relaxed posture, and apparent disinterest in what was being said, belied the sharp senses which were taking in everything.

He wasn’t dressed in his usual natty suit, no he needed to look like a local. Covering his head was a weather worn ushanka, his woolen coat had a fur collar, but it was not very good against the chill in the air.

Russian winters could be harsh, that his partner could attest to himself, and it was many’s the time Kuryakin did, like a broken record.

Napoleon was now glad of those reminders as he wore thermal underwear beneath his clothes...Soviet made, of course. That at least made the weather bearable.

It was no wonder Illya was so tough when it came to the cold; anyone growing up with these frigid temperatures had to be. It was survival of the fittest.

Well, at least it wasn’t snowing…

There was nothing on Napoleon’s person to give away the fact that he was American.  Even his cigarettes were Soviet made… Belomorkanal, the largest selling brand in the entire Soviet Union. They were different from the type of cigarettes to which Solo was accustomed. These were without a filter and instead were made of hollow cardboard tubes extended by thin cigarette paper tubes with tobacco. The tube served as a disposable cigarette holder.

He carefully glanced over the top of the ‘Pravda’ newspaper he was pretending to read. It was the official organ of the Communist Party of the Soviet Union since 1918.

Though he could read Russian quite easily as well as speak it, he had no interest in the headline or the articles contained in it.

Illya had been working with him to improve his accent, making Napoleon sound more like a Moskvich, though he wasn’t perfect, he was passable.

Kuryakin told him that, but refrained from his usual derogatory comment about his French accent. He supposed his partner didn’t want to get him upset. Napoleon knew he needed to concentrate on his Russian language skills.

Up until this point it had been best he kept his mouth shut just in case, and let his Illya do most of the talking, when necessary.

He was watching his partner from across the street, though Kuryakin was in disguise. To anyone who saw the man, they would think him an older gentleman, perhaps in his mid-sixties, with salt and pepper hair as well a long beard.

He wore an old cloth cap on his head, his dark coat was threadbare, but pinned to its lapel was a five-pointed star hanging from a tattered red ribbon. It was a medal for a Hero of the Soviet Union and the highest honorary title that could be given to both Soviet civilians and soldiers for a heroic act.

It was worn as a small semblance of pride for someone who seemed to be down on his luck.

“So much for serving the Soviet people,” Solo thought to himself as people walked by his partner, seemingly paying no attention to his impoverished condition. Still, better Illya was ignored.

Kuryakin stood there, waiting for a particular man to appear, and he was someone who dearly wanted to escape to the west.

The U.N.C.L.E. rarely involved itself with defections in this country, especially since the Soviet Union was a member nation.

That membership was why Kuryakin was a field agent for the Command. In exchange for their operative, the Kremlin would receive intelligence from UNCLE, just as any other member nation would.

It was a tricky situation, given the Cold War between the United States and the U.S.S.R. especially since UNCLE as an independent organization  operated on U.S. soil, having their primary headquarters located in New York City, there were others in Washington D.C. and Los Angeles, as well as quite a few field offices throughout the country, as well as around the world.

There was however, no office in the Soviet Union as the Kremlin would not permit any covert entity, friend or foe, to operate within their borders. There were consulates, but those were under heavy surveillance, and always bugged by the Soviets.

Of course there were many foreign agents who’d secreted themselves into the U.S.S.R.  Spies, watching spies, watching spies... but nothing official, of course. Those few ever caught used cyanide pills as they couldn’t risk compromising their country. However, there had been some prisoner exchanges between the United States and the Soviet Union, but they were kept low key, except for the Francis Gary Powers incident.

The American spy pilot was released by the Soviets in exchange for Soviet Colonel Rudolf Abel, a senior KGB spy who was caught in the United States five years earlier. Along with Powers, an American Frederic L. Pryor, a graduate student who had been detained in East Berlin and had been denounced as a spy by his captors, but never charged with a crime,

This would be a dangerous mission for both Solo and Kuryakin, but more so for the Russian UNCLE agent.

When first offered the assignment Alexander Waverly questioned as to whether Illya could undertake such a task in what was once his home. He was a Soviet citizen after all.

Kuryakin’s calm reply was, “I go and I do whatever I am told.”