Clara, Bill, and photos from the frost fair. 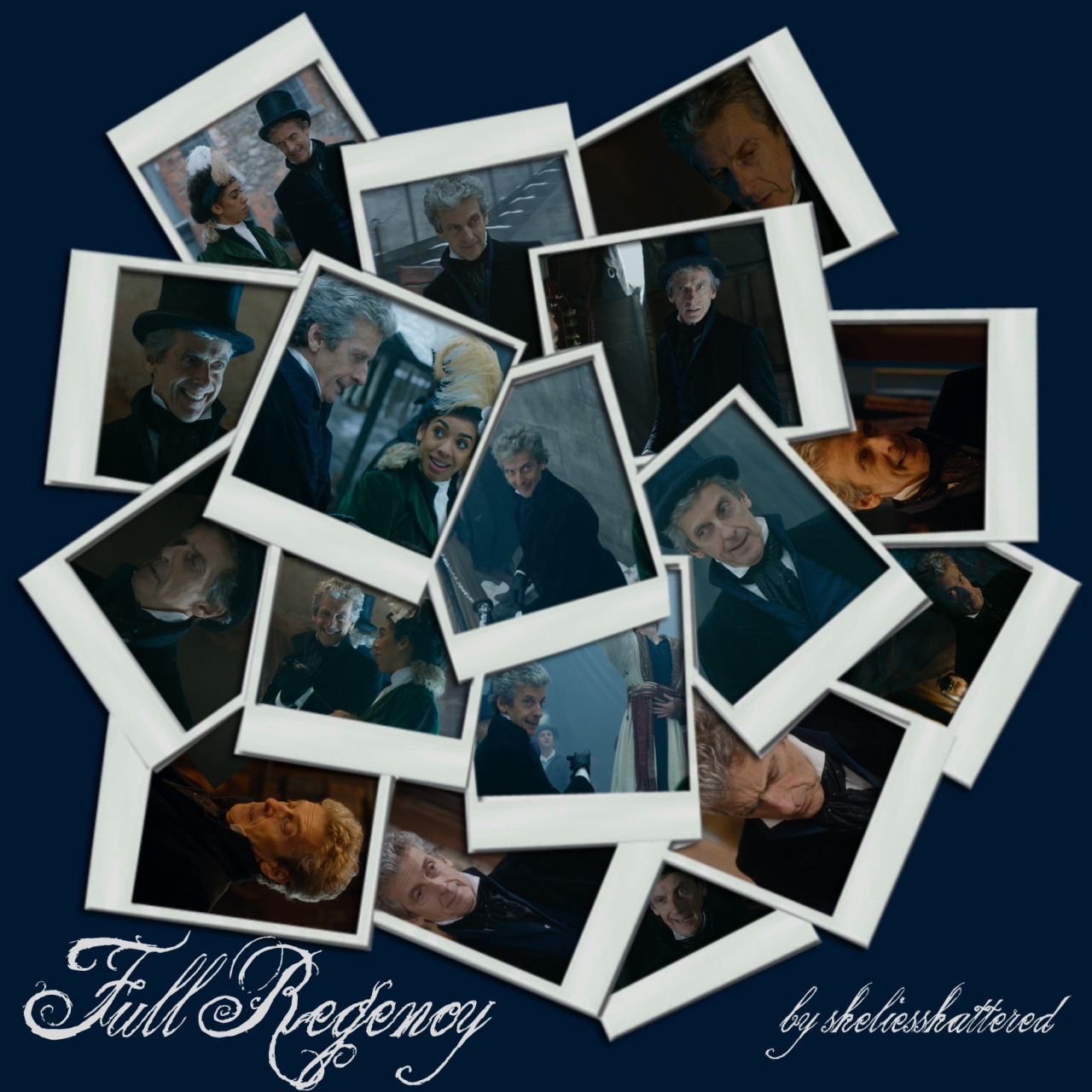 “Are you jealous about the frost fair?”

“Hmm?” Clara looked up from the photo album she’d be perusing to find Bill sliding into the seat on the other side of the booth, coffee cup in hand. At the far end of the diner-slash-spaceship, Heather and Ashildr were engaged in an intense game of chess, and paid them no mind.

Bill grinned across the table at her. “I know you miss him,” she said, her tone light and teasing, “but every time I break out the photos of our trips, you always end up staring at the ones from 1814.”

Clara rolled her eyes. “I am not jealous. I’ve spent plenty of time in the winters of the early nineteenth century, I know how miserably cold they could get. I’d rather be inside by the fire than traipsing around in the snow.”

“It did get damn cold. I mean, the Thames froze solid!” Bill took a sip of her coffee, considering Clara over the rim of her cup. “So if it’s not the frost fair, why is it always these photos that catch your eye?”

She sighed, considering her friend and sometimes-travelling companion. “Alright, but if I tell you, you have to promise not to breathe a word of it to the Doctor, or else I’ll program the milkshake machine to never give you the flavour you want.”

Bill laughed. “Fine, fine, I promise not to tell your girlfriend that you’re still weirdly hung up on that time she used to be a bloke. So, what is it? Spill.”

“It’s just,” Clara paused, looking back down at the spread of photos in the album in front of her, tracing a fingertip over the Doctor’s familiar former face. “Do you know how many times we went to visit Jane Austen?” she said, finding Bill’s gaze again.

“Loads, judging by the way you both talk about her.”

“Exactly! Dozens of visits, from the 1790s up until the month she died. We’d stay for weeks, sometimes. And every time, I’d dress the part, right down to the skin.”

“You mean corset and all that?” Bill said.

“Corset, chemise, petticoats, the lack of bloomers, all of it. Ended up with a whole room on the TARDIS just devoted to my growing Regency wardrobe. But not once, not once did I manage to convince the Doctor to wear something like that,” Clara said, waving both hands at the photos on the table between them. “Best I managed was that velvet coat of his, but never the full Regency.”

“Not just the hat! The collar, the cravat, the whole look. I feel cheated! I missed out on that!”

“The Doctor’s not exactly hard on the eyes these days,” Bill whispered conspiratorially. “And if it makes you feel any better, he did spend a fair amount of that trip in a weird rubber antique diving suit thing, hardly flattering.”

“Could it honestly have been any worse than the orange spacesuit?” Clara asked with a chuckle.

“Ugh, the orange spacesuit! That’s where I put my foot down. Weirdest moment of my life, a lesbian giving fashion advice to an alien bloke about what I’m willing to be seen with him wearing on the surface of Mars.”

“Oh, I can imagine,” Clara laughed. “I had to suffer through that orange monstrosity with two of the Doctor’s faces! We had a matched pair of those suits when we went to the moon! Somewhere out there there are pictures of that day, which I have vowed to destroy if I ever find them.”

“You know, there’s really only one solution to this,” Bill said. “You’re going to have to convince the Doctor to go full Recency on your next trip.”

“The Doctor in a corset and long gown, can you imagine?”

Bill burst out laughing. “No, I honestly can’t. She’d be stepping on her own skirts every other minute, probably manage to light herself on fire, somehow. What’s that line from Pride and Prejudice, about Lizzie’s hem being six inches deep in mud? Are we sure Jane Austen never met this version of the Doctor?”

“It would be a complete and total disaster!” Clara agreed, laughing along.

“What I meant was,” Bill said, “convince the Doctor to wear something like this. She would look amazing in a cravat.”

“Right?” Bill grinned at her. “There’s something about a woman in a suit...”

“She really does need to wear a suit,” Clara agreed, nodding solemnly. “As much as I appreciate being able to see her collarbones, the idea of her in a suit is not going to let me be.”

“Well,” her friend said with a smug smile, “just be sure to take some photos.”