Flowers and a Hat

Snufkin and Moomin play peacefully with the flowets, until a sound ruins the perfect peace of the two.

“And... done!” Moomin left the green hat alone, leaving various flowers on it.

Snufkin smiled and he put it on his head.

“How do I look?” Smiled while he tipped the hat gracefully.

Both of the boys laughed until they heard plenty of noises coming from the forest. The mumrik and the troll followed the sound, finally meeting with Sniff attacking a honeycomb with a stick.

“Sniff! What do you think you're doing!?” Moomin shouted being annoyed and worried.

“Ngh!” Sniff moved the stick. “Well, you see Moomin, today, I— ngh!” He moved it again. “I was walking around here, searching for something to sell and I found this honeycomb!” He hit the honeycomb once again. “So I thought, "Hey, this could give me plenty of money if I sell the honey!" and here we are!”

Snufkin sighed and touched his nasal septum as he was frowning.

“Disappointed, but not surprised.” He said.

Moomin and Snufkin ran towards Sniff, trying to get the honeycomb away from him.

“You don't have idea of the problems that you'll be causing, Sniff, stop it. ” He added.

But Sniff didn't listen, and he smashed the honeycomb with the so forbidden object making a really loud banging sound.

And they didn't have to wait a lot to hear the buzzing.

They walked away from the angered bees that were ready to attack and protect their hives, but... instead of getting near Sniff, they went up to Snufkin!

Snufkin tried to make them go away by shaking his hands, but it was all worthless.

“AH!!! Leave me alone! Why me!?” Moomin and Sniff looked at each other's faces, both confused of the reason why the bees were attacking Snufkin and not them.

The mumrik fell to the ground out of exhaustion. He turned around and was face up to the sky.

He shut his eyes off, and when he woke, he found the hat over his face. Astonished that it came back in such way, Snufkin observed it and it turned out that now it had more flowers and many of brand-new colors! 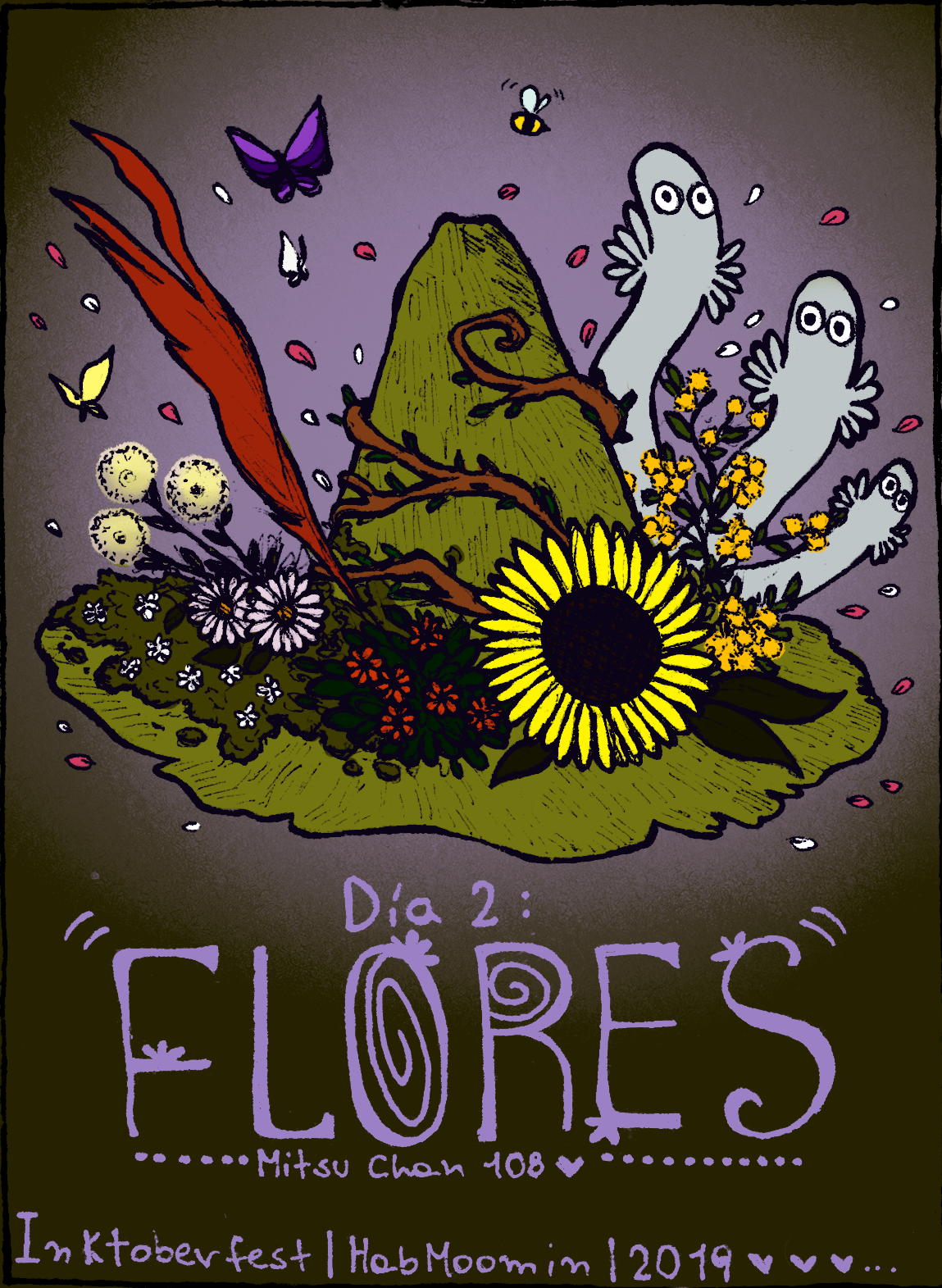 Artist from the drawing is: MitsuChan108 on Tumblr! Follow them!