The first word in the song sets the tone. This is an individual singing a track which takes a noun as its title, but the content is about the experience of a relationship created by the interaction and intersection of the two.

When two individuals choose to define who they are to each other; to use themselves as bookends to demarcate a shared space, a sense of shared ownership is created.

This defining process is set in the first two lines. “We could” (subjective plural); “this is our place” (possessive plural), “we make the rules” (subjective plural again). There’s a very strong sense of an encapsulated space here, something private and inviolable.

The only reference to an outside world is framed through a shared (slight) transgression of societal conventions re: holidays (leaving “the Christmas lights up til’ January”). The line is almost indulgent in tone – there’s no rush, no sense of urgency – the shared space is insulated, what matter the world?

There’s also a temporal shift here, in “we could leave the Christmas lights up til January”. The imagery of the Christmas lights the first line lay the visual groundwork for the “dazzling haze” in the third line. It’s exquisite in that the combination of temporal references and the lights evoke movement, a sort of soft blurring.

[For the sake of completeness, I note here the (08/08/19) Vogue interview & reference to Loie Fuller; the “swirling fabric” & “coloured lights”. Should this hold, then the “mysterious way” can be read as a direct allusion.]

It makes you think of a dance floor, of two people orbiting each other.

Let me start this section off by stating an obvious disclaimer. The analysis below is based on a personal interpretation of the song & will inevitably be coloured by a certain lens. I did not intentionally think of Ruth & Naomi after hearing the line “[C]an I go where you go” – to me, it seemed a natural leap.

Please stop reading if this bothers you.

The chorus of the song starts out with two successive questions, both directed to the future. As mentioned, the phrasing of the first question conjures up the “where you go I will go” verse in Ruth 1:16.

I would be very surprised if the reference is unintentional. Despite the context of the line, the verse is commonly used in marriage vows as a promise of fidelity, love, and devotion. The force of the verse emanates from the unconditional nature of the promise. Ruth speaks the line to Naomi during their travels on the road to the town of Bethlehem – note here that Bethlehem is Naomi’s hometown  and not Ruth’s– Naomi is the one heading home.

Does this matter? I think yes. Why else the line “take me out, and take me home” two lines later? People are flailing around in feels for the chorus for a good reason & here I am in silent awe of the songwriter & her craft.

How can you not love her, this brilliant mind?

But yes, though there’s an argument that the first question contains an element of permissiveness, both questions seem to be rhetorical. There’s a sense of wonder here, some surreal aspect to the space created by the intersection of these two individuals, something that’s soft and precious.

In support of this point, I note that Taylor seems to sing “[and I/ah]” after the line “forever and ever”.

What did she mean to say before breaking the line off? There’s an undeniable beauty to restraint; that which goes unsaid, perhaps because it’s delicate.

There’s a second pause in the chorus, and the lyric video includes the ellipses in the line “you’re my my my my […] lover.”

My brain fills the pause with the word “own”, but that’s off-topic.

What I love about this obvious pause is the contrast. Here you have a woman making an obvious claim (four repetitions & possessiveness, come on –), but faltering slightly before giving it a name. It evokes major handle-with-care lest the gods prove jealous vibes  & it’s absolutely magical.

Unfortunately, this is where things get complicated.

One of the downsides in intertwining your personal narrative with your art is that it invites inevitable speculation & conjecture over the specifics. Inviting fans in is easy (and wildly beneficial, let’s be honest), but asking them to maintain a given level of distance is much harder. To sustain a relationship of that kind with your fans at that level of risk is even harder. Yes, it requires a certain degree of authenticity, but also a great deal of commitment & genuine belief.

That she’s managed to achieve that seemingly impossible balance speaks volumes & worthy of admiration in itself. Because of this, and because I don’t feel comfortable in doing so, there’s no attempt to tie the song to people. The standard disclaimer applies : what follows is based on a personal interpretation of the song & will inevitably be coloured by a certain lens.

I’m also rather pressed for time, hence the bullet-point format.

this woman and her brain, I swear.

Shall we look at the the elephant in the room? 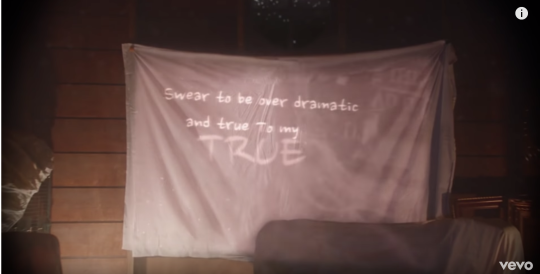 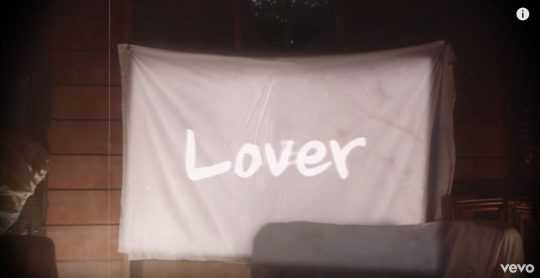 I’d rather not be baited into connecting the dots, but why do this?

“Endeth here the second day of the Decameron, beginneth the third, in which, under rule of Neifile, discourse is had of the fortune of such as have painfully acquired some much-coverted thing, or, having lost, have recovered it.”

(taken from the J.M. Rigg translation) 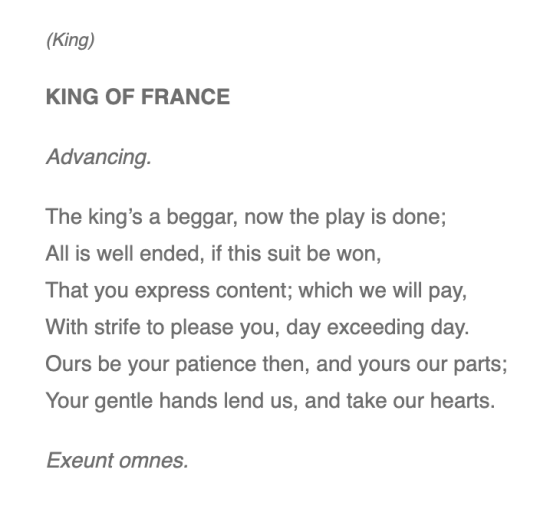