This Music Is A Gift From God

"She thinks about about Tewfiq a lot, and what could have happened. She replays their conversations, and what he said, what she said, and she could have, what he could have. Dina has always had a very good imagination, or at least she has seen a lot of romance movies. "

I am the sole purveyor of tbv fanfic, and I would really! Like! Someone else! To! Write! Some!! Please!

What and whomst should I write about next?

Dina never set out to have an affair. She is not that sort of woman, despite what some think. She didn’t know that Sami was married. It wasn’t like he mentioned it when they met. There was no strip of pale skin on his hand to show the absence of a ring. Maybe he was such a serial adulterer that he did not wear it enough to leave a mark. Maybe she just didn’t notice, because she liked him, because she thought for one moment that she could have found something good here. Someone. How stupid.

But maybe she did not explain this part well enough to Tewfiq. Maybe he thinks that she is having an affair because she wants to, because she does not care about others. But she does- or she tries to- she just fucks it up, everytime. It bothers her dreadfully as they walk back her apartment, because she wants him think well of her.

With her present guest, she has offended him by dragging all her personal tragedy out into the open, by for asking about his son, and with her flippant comments about his wife earlier. But again, like with Sami, she did not know. This is just the way things seem to work out for her.

On that night out with Tewfiq, Dina shouts at Sami across the restaurant because this is the first time she has seen him since finding out. After seeing him in a park, him with a woman and child, she understood instantly that she is the other woman. Shit, she thought, and took her groceries and went home.

Sami called her a few days later, and all she says is, “I saw you, and your family.” He did not answer. He does not try to explain anything, only hangs up. It was ridiculous to think that a wife and child could be hidden in Bet Hatikva for very long. It is too small for secrets.

Dina has never had an affair before, never. She feels guilty about it, though none of it was her fault. She is furious because she had liked Sami, and he had been lying to her, and she hates to be tricked, hates to not know. Dina could not go and report his actions to his wife because she does not know where they live and yes, because she is a coward, and she does not want to face the potential anger of this innocent, wronged woman.

But when she sees Sami, at the cafe with his family- what she does not have, what she never will- she is calling him over, her voice too loud.

“Who was that? Sami, who was that, answer me!” Dina hears his wife saying to him, and she hopes that this woman finds better.

All of this transpires in front of Tewfiq, the quiet, dignified man who she has dragged around the city on this night. But it is not her fault that Sami follows them out to the park bench.

“You can forgive,” Tewfiq says over their furious exchange, and his voice is loud, like shouting, but without the anger that accompanies hers.

“You are not married, are you?” She asks Haled later that night, before she has taken off all of her clothes. “No wife, no girlfriend?”

“No,” he says. He could by lying, but she hopes not, hopes that she is not hurting some girl far away in Egypt.

Dina feels guilty the next morning, like she wronged Tewfiq somehow. It seems that now she can’t accidentally sleep with a married man without feeling guilty about it, or sleep with an unmarried one without feeling bad about hurting another man that she has absolutely no duty to.

The band leaves, and she watches them go, their blue uniforms the brightest thing against the perpetual dullness that is Bet Hatikva.

You can forgive, Tewfiq said. Dina thinks about his statement a lot in the following week. Maybe she can forgive herself for all her past mistakes, and Sami for what he did.

His wife comes by her cafe, with her little son. She is not angry with Dina. Her name is Eden, and she mentions, without prompting, that she has left Sami and is living with her mother now. Dina gives the woman her meal for free, and hopes that she enjoys her life as a divorcee. At least Eden got a child out of it. One marriage has broken up, but elsewhere in town Iris seems to be on better terms with Itzik, or at least she comes to Dina to complain about him less.

She thinks about about Tewfiq a lot, and what could have happened. She replays their conversations, and what he said, what she said, and she could have, what he could have. Dina has always had a very good imagination, or at least she has seen a lot of romance movies.

It is a week after the band’s visit exactly, and Dina can’t believe another seven days have gone by, another week full of nothing, another week of her life moving forward and leaving the experiences with the band behind.

And suddenly Haled is back in her cafe. Dina feels her stomach drop in a terrifying exciting way, for if he is here, then Tewfiq must be here too, and it is like one of the many scenarios she imagined-

“Your band came back?” She asks. “Such a beautiful city here, you want to see it again?”
There is nothing awkward between Haled and her. They were both lonely that night, and trying to forget about their problems, and he understands this as well as she does.

“No, not all,” says the boy. “Just me. We go back to Egypt tomorrow, but Tewfiq sent me to pay you back for your hospitality, for the food.”

“No, really there is no need. I will go and exchange the Egyptian money that you gave me before.” And why didn’t Tewfiq come himself? He is the commander of their band, he should have come back. Does he not want to see her?

“No, he insist you take it,” says Haled, handing her an envelope, and she does, because she has no wish to offend Tewfiq further, and she knows that him leaving a perceived unpaid debt would bother him, with his grave sense of duty.

“Thanks. You have a good concert?”

“Yes very. Pet Hatikva,” (he pronounces the name wrong, and she almost smiles). “Is a beautiful city, like you say.”

“Maybe I will go there someday. Visit the Arab cultural center.” She can take Papi with her and they’ll be the only two Israelis there, listening to beautiful music in a language unknown to both of them.

After Haled leaves, after the cafe is closed, she opens the envelope. It is more money than they owed, more than the amount she will get when she exchanges their Egyptian money. There is a sheet of paper enclosed too with, ‘many thanks for your hospitality,’ written on one side, and on the other she finds more lines of English.

Itgara’a, it says at the top, and it’s not an English word, but Dina recognizes those syllables. She heard them before, in the song Tewfiq sang for her in the park, and she feels the same stab of excitement that she felt when she saw Haled. She reads the letters that go left to right, trying to remember their sounds. It says:

When you drink, drink deeply.

Drink deeply of the moonlight

drink deeply of the dark

You will never drain the moonlight

you can never end the dark.

In your eyes, the flash of joy

in your mouth, the sweet shock of honey.

You are the joy

you are the loneliness.

So it was not about wishing, but about love, and longing, and sweet sorrow to be embraced lest it would overwhelm you. He has written his name at the bottom of the page, by Tewfiq, for Dina. For her. So he was saying these things to her, all of this, talking about loneliness, and moonlight, and joy in her eyes. Even though she did not understand them at the time, these words were for her.

It is like something out of one her beloved Arab movies, and she is sobbing in her kitchen, because the lines are so beautiful, and no one has ever said anything like them to her before.

The envelope, which she looks at after she has stopped crying enough to be able to see straight again, has a return address, with Tewfiq’s name at the top. It seems odd that he would write it, since the letter was not mailed, but then she realizes why he included it- and the fact that he wants her to write to him nearly makes her weep again.

Dina prepares to send her first letter to Egypt, honey in her mouth, joy in her eyes. 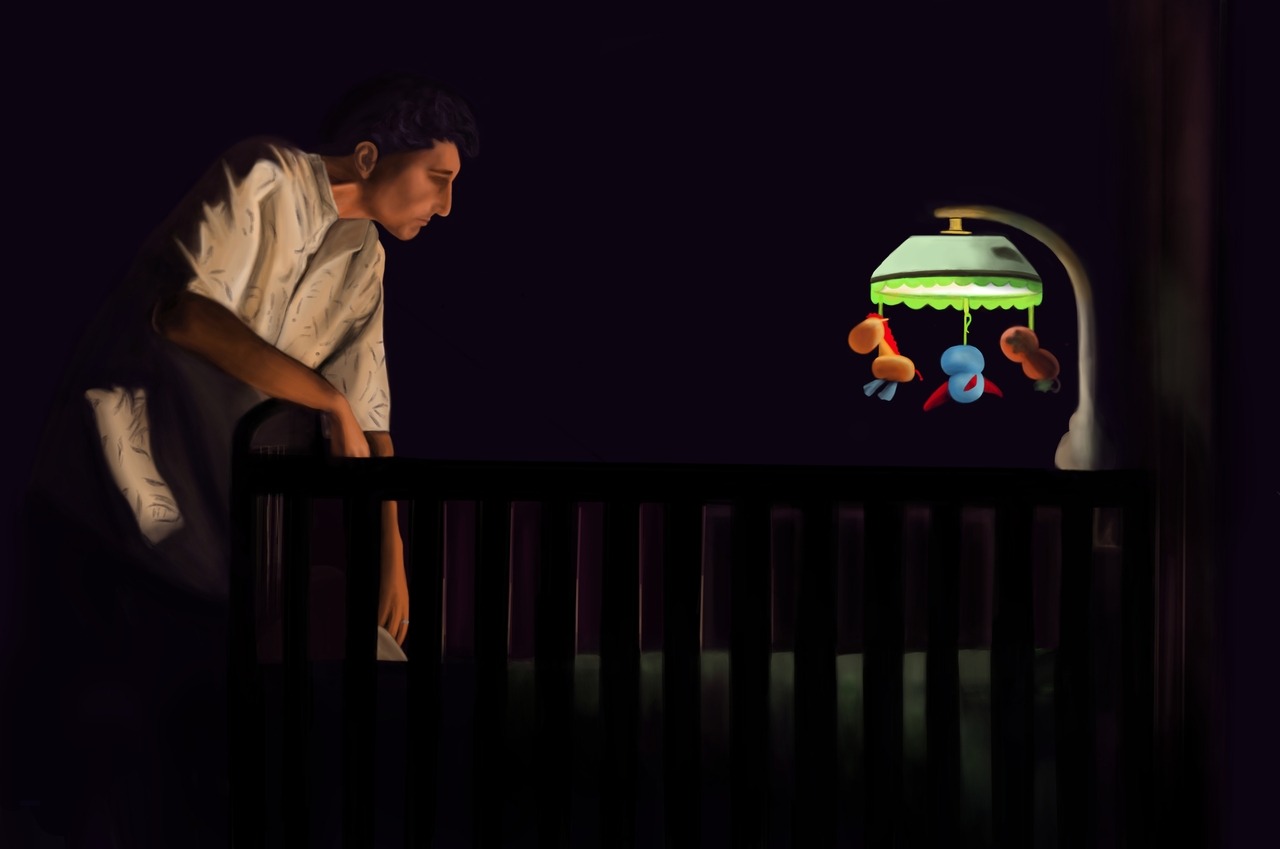 Itgara'a lyrics are not mine obviously. That is the translation as printed in the playbill.

Art is mine. I'm attatching a piece of my tbv series to each one of these pics because I CRAVE validation on my works.

kittensmctavish, queenmaj, TerraYoung, and Talar as well as 5 guests left kudos on this work! (collapse)