Regina comes face to face with one of the most tenacious predators of the late Cretaceous Period, and needless to say, things don't end well.

This is a short and simple foray into the world of vore, and so it's not as long nor as detailed as my other works. I've never really written this sort of stuff before, so we'll see how it goes. 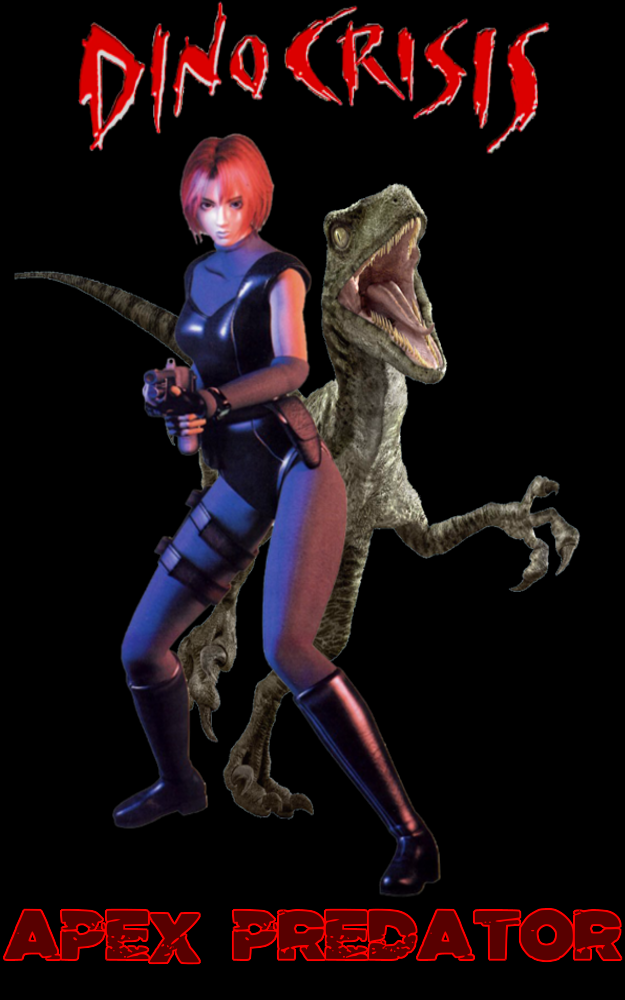 Regina couldn't quite comprehend what she was seeing as she eyed the creature stood before her. It stood about 5 ft in height, the nightmarish reptile's slender muzzle slick with glistening gore while its wide, unblinking yellow eyes peered at the woman. There was a glint of intelligence behind them, and Regina quickly realised that the creature wasn't your average dumb animal.

If she had to compare it to anything, Regina would say that the beast closely resembled a dinosaur, and after some thought, she realised which. The creature was, or at least closely resembled a Velociraptor. The realisation caused the woman to blink in astonishment as she eyed the prehistoric terror, which in turn snarled and parted its drooling maw, revealing rows of sharp needle-like teeth.

Slowly, the creature began to lower itself to the cold asphalt covered ground, looking very much like a cat preparing to pounce, its slender tail raising as the beast released a hiss of breath.

And then, after a moment of silence, it pounced.

Regina swiftly threw herself to the side, causing the monstrous lizard to slam into the metal door that had been behind her, filling the storage yard with a loud thud and the reptiles angry shrieks as it fell to the ground, legs kicking and clawed hands flailing wildly as it clambered to get back onto its feet. Regina took the opportunity to make a run for it, not daring to look back as she stumbled her way through the dimly lit storage yard, eventually coming to a tall chainlink fence that separated the storage yard from the main yard of the facility.

Luckily for the woman, there was a door in the fence, and she quickly pushed it open before slamming it shut behind her, the chainlink fence rattling as she locked the door firmly. With a moment to breath, Regina unholstered her pistol and quickly examined it, making sure the weapons safety was off before the dull thud of footsteps caught her attention. Looking up, she saw the lizard lumber towards the fence, only to stop on the other side.

If Regina wanted to, she could reach out and touch the thing, but she didn't like the idea of losing any fingers and backed off slightly, raising her pistol. She did have a few moments to examine the creature more closely the dinosaurs leathery hide a dull green streaked with black stripes, while its underbelly was a soft cream colour.

It was truly quite an elegant animal, sleek and perfectly adapted to killing. As beautiful as it was, however, Regina was thankful that it was on one side of the fence and she was on the other, the S.O.R.T. agent not overly keen on getting any closer to the thing then was needed. Content that the creature was no real threat anymore, she lowered her gun and sighed, taking a few moments to relax.

"What the hell's going on?" She'd mutter, understandably confused by the whole strange affair. The creature didn't reply, not that she had expected it to do so and was instead examining the fence intently, occasionally moving to nudge its snout against the cool metal, nostrils flaring and tail swaying behind its sleek body.

It almost looked as if the creature was testing the fence for weaknesses, and even attempted to nudge the door open at one point, but once it had exhausted its options the beats turned its gaze upwards towards the top of the fence, letting out a raspy breath while its eyes lit up. By the time Regina realised what the creature was up to it was far too late, the large lizard snarling as it cleared the tall fence in a single powerful leap, landing on top of the startled woman, who was forced to the ground, the wind knocked out of her beneath the creature's weight.

Her pistol, which she hadn't even had a chance to use, was sent spiralling off to the side leaving her utterly helpless while the dinosaur let out a victorious growl, clawed fingers twitching while thick strands of frothy, slimy slobber dripped from the creatures parted jaws and onto Regina's face, the red-haired woman's eyes wide with panic.

"Get the fuck off of me, you big dumb lizard!" She'd shout, but the larger reptile paid her little mind. With a snarl, its thick tongue dragged itself over its thin lips while one of its feet slid down from Regina's chest to instead rest upon her flat stomach, and without any hesitation, it slid the curved claw that adorned its feet into the woman's soft flesh, that hard bone easily slicing through the black leather and light body armour that the woman was wearing.

Regina jerked beneath the monster as it slid its foot lower, opening up her stomach and exposing her hot inside to the cool air, steam rising from the wound while Regina jerked and gasped, too afraid to scream as her hands scratched at the asphalt she was resting on. By the time the raptor withdrew its glistening claw the woman was in a state of shock, and content that its meal wasn't about to get up and run away, the raptor stepped off of Regina and lent down to sniff at her wound, strands of saliva dripping into that open cavity.

And then, with a shriek of excitement, it slid its snout into the woman's stomach, tail swaying behind it as it began to eat the woman alive. Still, Regina could not bring herself to scream, tears flowing down her cheeks and face twisted into an expression of unimaginable agony. It was then that her earpiece beeped, causing the raptor to pause and curiously lift its head out of her twitching body, a scrap of torn flesh hanging from its closed jaws.

"Good news! I got the control system back online. What's the situation over there?" Rick would ask, his voice a little tinny as it came through the small earpiece. Regina couldn't reply, and after concluding that the voice wasn't a danger, the raptor resumed eating, fresh blood flowing from Regina's wound and pooling on the ground beneath her.

If Rick spoke again, Regina didn't hear it, her eyes rolling up into her skull and legs twitching slightly as she was eaten alive, the woman pissing herself out of fright as the raptor continued to devour the contents of her abdominal cavity. By the time it had finished the contents of her abdomen, the creature raised its head and scratched its chin idly, thick streams of bright red gore dribbling down its chin and throat as it turned its satisfied gaze to Regina's head.

Letting out a snort, it then moved to stand on her once again, one foot on her chest and the other sinking into her empty abdomen, causing the woman to shudder and groan in agony, frothy bubbles of bloodly saliva dribbling from her lips as the creature lent down, its flared nostrils and glistening teeth mere inches from her terrified, pale face.

And with one last, sinister hiss, the large reptile parted its jaws and promptly clamped them down around Regina's head, the woman's vision obscured by a thick, pulsing tongue and the flexing throat of the raptor as it began to jerk its head back insistently, Regina only able to twitch and grunt, barely conscious and aware of what was going on.

And then, with the sickening crack of breaking bones and the wet sounds of flesh tearing, the raptor severed the woman's head from her body, the mutilated stump that had once been her neck pissing blood onto the asphalt like a gruesome fountain while the raptor bit down and crushed her head like a watermelon.

And then, the yard fell quiet.

Also, I thought I'd dip my toes into the world of vore as it's something I've been curious about for a while and figured I'd give it a go. This is probably the only vore-focused fic I'll do unless I get requests for more though.

Zarizil75 as well as 3 guests left kudos on this work! (collapse)