And I Don't Know What I Know

Waiting for something to happen,
waiting on possibility that did not come.

Some of you have never been ghosted by a guy who looks just like Haled, and honestly, it shows.

This night with Tewfiq
reminds Dina of college,
before she dropped out,
staying up for late,

Waiting for something to happen,
waiting on possibility that did not come.

She sits with him on the bench as it gets later,
knowing that she should go home, but not wanting to
because maybe something else will happen.

The night drags on.
And she doesn’t want to miss out.

Hasn’t that been her whole life though-
missing out?

These men in pastel blue suits who have invaded Bet Hatikva,
(surely the first,
and only
Arab soldiers to take an interest in their town)
have a future.

They will leave tomorrow.
going Somewhere.
It’s so unfair.

But she doesn’t even know what she wants exactly.

She imagines
that Tewfiq invites her to come with the band,
tomorrow,
when their big fancy bus show up to rescue them
from this backwater.

She imagines,
that she goes to their concert.
Not that she’s ever been to a cultural center,
much less an Egyptian one.

Dina asks herself in the same tone
she takes with Iris,
when the woman comes by her cafe
and talks about divorcing her husband.

And then what, Dina?
Where will you go?

Then the band returns to Egypt.
She would have to pay for her own fare
back to here.

She says to herself,
like she says to Iris: will you be any better for having done it?

How much does a ticket to their concert cost?
Much more than the price of the food
that she gave to them earlier, surely.

Sometimes,
she feels
that she cannot-
cannot bear another day at the cafe.
with the individual desperations of those in this city pressing down upon her:

The guy by the payphone,

Anna, who will make the same mistakes that Dinah did
only she might get pregnant instead of married,

Iris whose marriage has fallen apart,

Whoever own the dog that always barks,

And the person from the floor below
whose apartment door she hears slam
and then crying.

But on those nights, there’s wine in her refrigerator-
never mind that it’s never cold enough.

And she manages to forget all these people
all of them, together in a tiny town and so alone.

It’s this wine that she offers to Haled
later,
when she and Tewfiq have walked back home.

When she’s put her sweater back on,
when she’s seen her reflection in the mirror by her door
with the eyeliner she put on earlier,
too smudged to be fashionable anymore.

She’s given up on whatever she was trying to accomplish from before,
with that man.

Dina feels vaguely embarrassed by everything.
She feels that she was overeager with him.

That she put too much of her soul out there, and she cannot get it back.

She doesn’t ask this boy in front of her
how his night went.

(Haled’s young enough to be her son,
honestly,
this is stupid, she tells herself)
but she stays.

They drink, and there’s silence.
It’s different than the one with Tewfiq,
but in this one she’s still waiting.

And yes they’re drinking, but it’s too soon to be drunk when he says that she has beautiful eyes,
and it must be a line he’s used hundreds of times, she thinks.

It’s not something specifically related to her.

She seizes the lapels of his suit and kisses him.

She lets herself be picked up and carried
into her own room.

If he hears anything…
the thought is embarrassing,
like being heard by her father.

Maybe he is already asleep,
she thinks,
While abandoning her sweater for the second time that night;
her dress for the first.

The crush of their bodies against each other, in the familiar darkness of her own room, different now-
is none of his business.

This is
something,
and since Dina
still
doesn’t know what she wants,
then this could be it.

And she lets herself be touched and held for one night,
wanting, waiting, wanting. 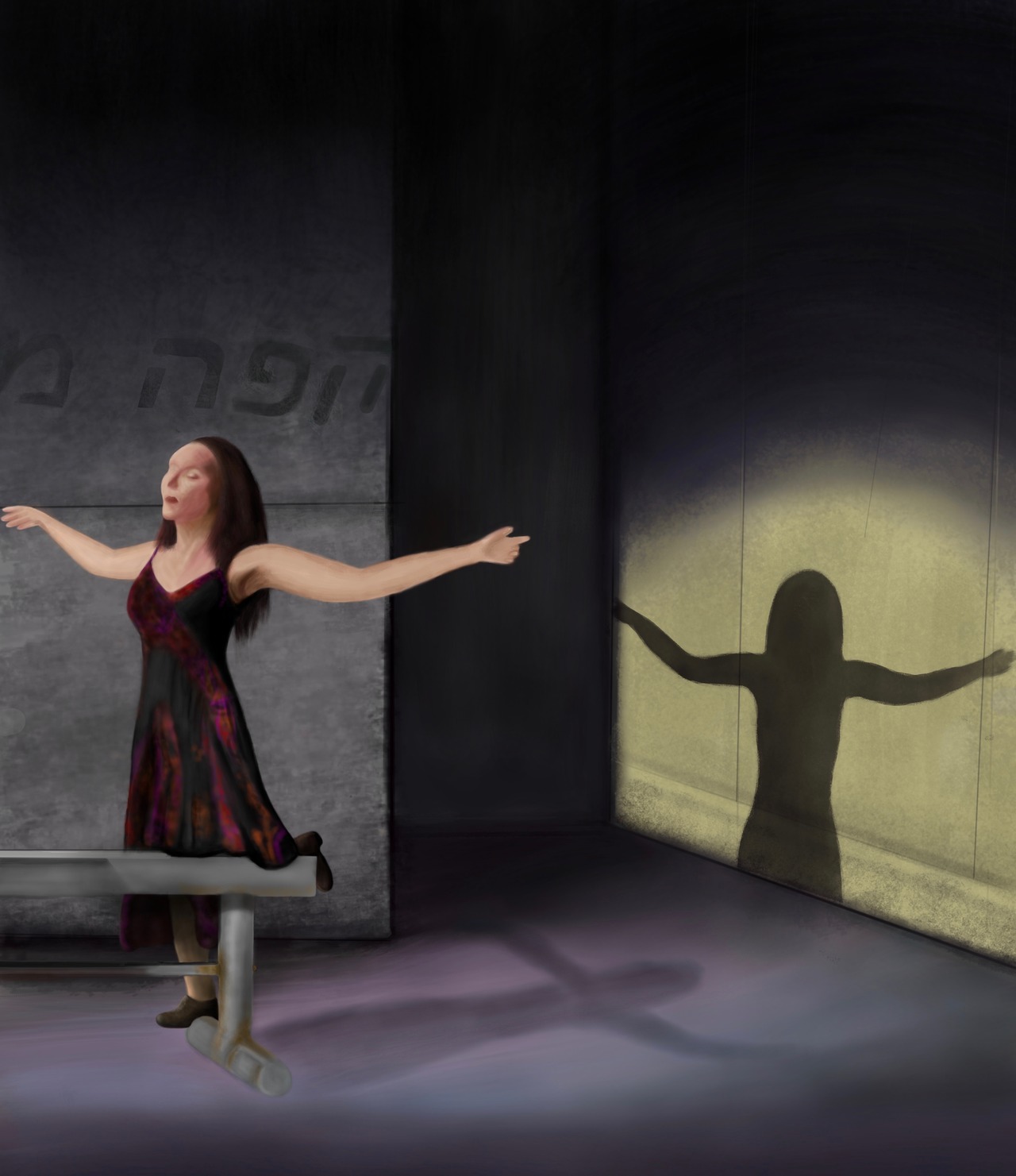 I crave validation. Art also done by me.