Brian and Curt as Raffles and Bunny

Curt Wild and Brian Slade dressed up as Bunny Manders and AJ Raffles for a costume ball. If you know what happens when these two drink champagne together, you might want to take cover; Curt looks like he could throw his glass any second. 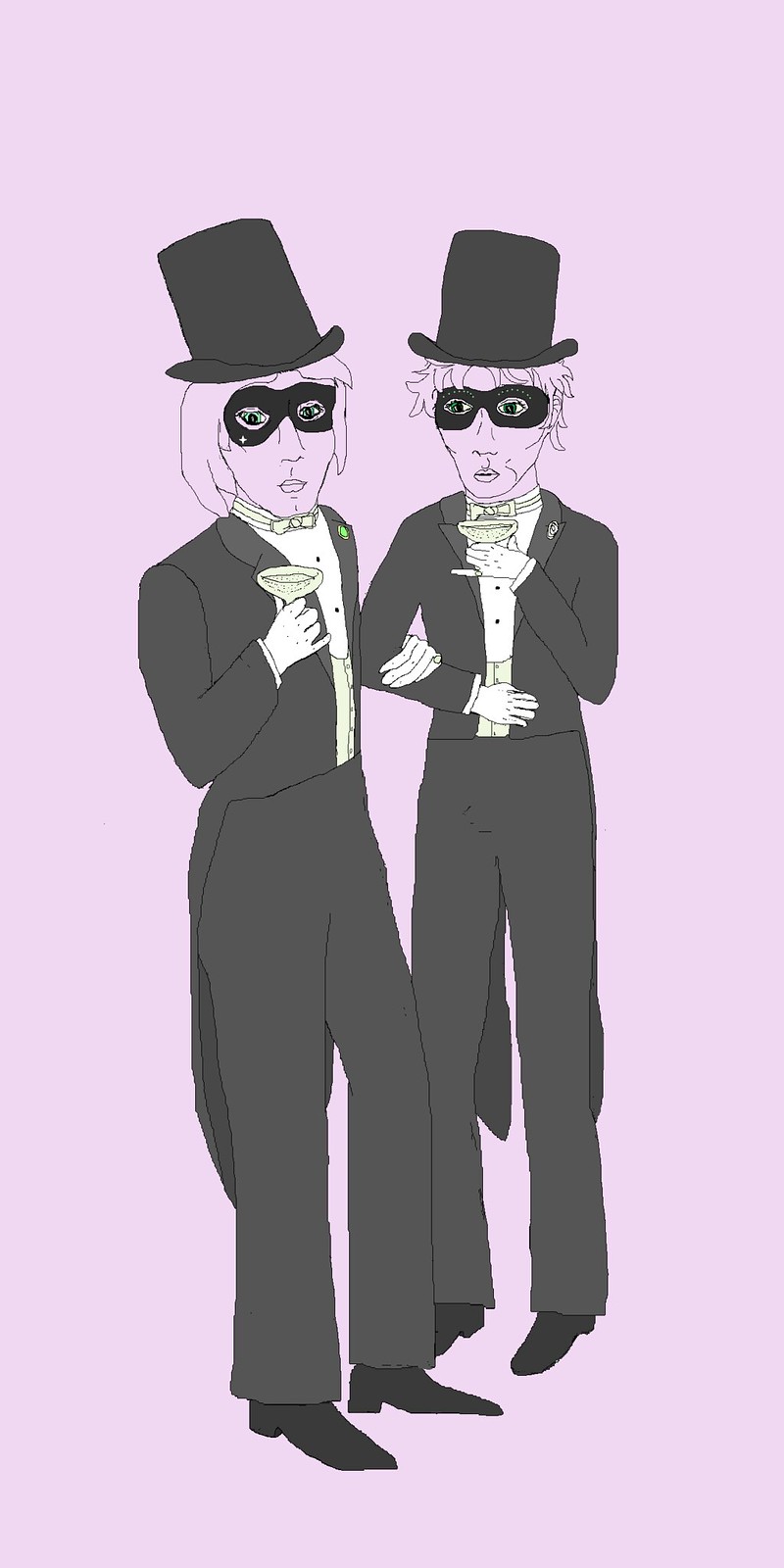 Their roles are *slightly* reversed with Curt wearing the pin and being the more decorated one. I like the thought of the two of them being together for a while after Brian gave it to him. And giving Curt the shiny bauble was one of the most "Raffles" things Brian did. :)

I thought of this idea simply because one couple reminds me of the other. I was into Velvet Goldmine first, but now that I'm also into Raffles, I consider Brian and Curt to be Raffles and Bunny's glam rock descendants. Surely Oscar Wilde's pin has something to do with all that..