It feels strange to say goodbye to a story that’s in your life (and in your mind) for more than six months. I loved these two and their journey dearly, and I’m leaving them knowing that they’ll be alright.

Thank you all, for your support and the love you’ve showed to this story. It wouldn’t be the same writing it without you. ❤️❤️ 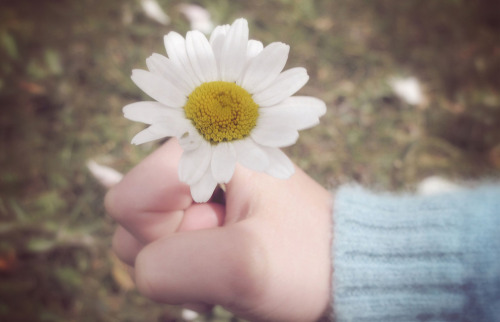 Life is a wide, calm lake – until the first rain falls.

There were three things Alex Randall and I had in common.

We were both English, born in the same year, and we had lost our parents at a young age.

All of them insignificant. Commonalities, shared between thousands of people. Details that would never predict the way our lives intertwined.

A mutation in Alex’s DNA brought cancer to his path, and him to mine. The first raindrop on life’s serene waters.

It wasn’t that exact droplet that had changed everything -  it’s never the initial drop. It’s the ripples it creates. They take their time, expanding across the surface, forming circles that get wider as they go; casting life’s shape.

My inability to save Alex - his death. The first undulation, the one that brought Black Jack Randall, thirsty for revenge, after me and Alexander MacGregor. A strong, dangerous ripple, threatening my life, taking me away to Scotland.

A current, that brought me closer to Jamie.

MacGregor’s suicide, my move to Paris, my return to Scotland.

The decision to stay with Jamie – forever.

The gift taken back, as unexpectedly as it came. A ripple capsizing our boat, threatening to drown us.

We swam to the surface holding each other’s hand, aware of how precarious it would be to get separated, knowing that the currents of sorrow might tear us apart. When we reached safe waters again, when the tears dried and the only thing we could do was to go on, we took stock.

A mangled hand and a scarred leg.

A part of our soul, a little angel, forever lost.

My life is never quiet. There is always a voice, a cry, a giggle around me.

I’m sitting on the bench at the corner of my herb garden - the one Jamie made for me. It’s a simple wooden bench, the top plank of the back a little uneven, but still beautiful. It’s on the perfect spot, because sitting here I can see them no matter how far they’ve gone.

I smile at Bree as she runs towards me, her red hair flying in the wind like flames, her da’s blue eyes glinting with happiness.

She stops only a few feet away from me and looks behind her, at Willie. He tries to match his sister’s wider strides and fails, stumbling down only to rise again. His curls fall on his forehead, brown, like mine. I search his whisky eyes for tears, but all I can see there is laughter.

“Come on, Willie!” Bree encourages him, but I can sense her exasperation. The little brother is holding her back. She’s in a hurry, always in a hurry this one, but when Willie flashes her a wide smile, and all she can do is to smile back at him.

Bree sees this and walks back to him to take him by the hand. “Be careful of mama’s flowers, Willie,” she advises, trying to sound old and wise and I feel my giggle tingling my throat, desperate to come out.

It’s when they stand in front of me, that I see the wildflowers in their hands. Bree smiles smugly, and says, “This, for you mama.” She gives me a bloodroot, it’s petals white, beautiful. “This is for Da,” she continues, showing me a bur marigold, almost as yellow as the sun in her drawings, matching the stamens of my flower. “This is mine…” She holds a bloodroot for herself, a little smaller than mine. And…” Bree pauses for suspense, turning to her brother.

“This is for Willie,” she continues, and Willie shows me another bur marigold, its roots still attached, evidence of a violent act against it.

“Illie!” he shouts excited, and grins, before extending his other hand towards me, the little chubby fingers holding a daisy tight. “Feif!” he cheers, and I bit my lip to hold back the tears.

My arms are open and they both rush inside. I press their little bodies against mine, squeezing them, and I close my eyes, feeling the hot tears rolling down my cheeks. Two children in my embrace and the third one in my heart. Always in my heart.

Jamie’s head pops out from the front door a few moments later, his hair ruffled and his face beaming, asking who is ready for pancakes. Before I have time to reply, Bree and Willie hand me the flowers and run to the kitchen.

“Wash your hands first!” I shout, laughing, and brush the tears away before I make my way back to the house, five flowers in hand.

They know, of course they do. They don’t need the pictures in the little purple box to know. Jamie and I rarely open the box that holds our memories from eight years ago.

Me, during my first pregnancy.

Faith’s measurements as Mrs Crook had written them down for me and I had memorized them forever - 710 grams, 14 inches.

A tiny lock of her red hair.

A picture of the three of us in Jamie’s bed at the hospital. I’m holding Faith in her oversized bodysuit with the pink elephants and Jamie is holding both of us. Eyes that reveal hours of crying. Lips that still whisper the secrets we need her to know.

We rarely open the box, because we don’t need it to remember. She is always with us.

I fill a glass with water and set the flowers inside while nodding at William, impressed on how well he’s cleaned his hands from the dirt. With a smile, I set the flowers in front of Jamie’s first book. Faith-tales. It’s the one he wrote for our little fairy, with all the tales he didn’t have the chance to tell her. It was his way to give her something from him, and it became the beginning of his new career as a writer when we moved to North Carolina.

I turn to go to the table but I stop in my tracks, unable to contain the feeling that floods my soul at the sight of them. This is happiness, I think, and I take a moment to watch them.

Jamie presses his lips tight as he concentrates to pull Bree’s long hair back, securing it away from her food with a blue rubber band, in a way I’m sure she’ll dislike when she’ll look at herself in the mirror. Willie is licking a honey-covered finger, making sounds of approval. When his little hand finds its way back into the jar in a fist, I realize that my little contemplating moment has come to an end and I have to act. I rush to him, laughing, and I capture the offending hand in mine.

“What do you think you’re doing, Willie the Pooh?” I ask, and he gives me a look that says he knows exactly what he’s doing.

When we all sit around the table, my eyes dart from the three of them, back to the flowers. It feels safe, that Bree and Willie know Faith. It’s a relief, that she’ll live through them when Jamie and I will be gone.

“I tried for teddy bear pancakes,” Jamie says, bringing me out of my reverie, “But the lady on the Youtube video made it seem much easier than it really is. I dinna think I’ve made it right.” He looks at his plate with a frown, and I look at mine, smiling at the undefined shape of my pancakes.

“Mine looks like an alien,” Bree says, mirroring her da’s frown. “And it’s not ‘dinna’, da. It’s ‘don’t’,” she corrects Jamie with her mixed accent, which is neither American, nor Scottish or English. She has taken her wise voice again, but Jamie knows better and tickles her sides until she forgets all about accents.

When Bree’s laughter quiets down, Jamie looks at me and I see the lad I met in the pub years ago. I get lost in his eyes; the sea I’ve dived into, the sky that lifted my wings. A smile curls up my lips, and I see it mirrored on his face, and in that moment, we say it all. Millions of words we’ve already said before, and others, that will dance upon our lips later; hours, months, years later, because we have a lifetime to spend together.

Ripples shook us, but we rode them with our hands always clasped tight and they took us close to the shore. There are always more to come, but we have stable ground to hold onto.

We have each other. We have our family.