Mandy convinces Mickey he needs a pet and then everything else works itself out.

My first fic, written for the Here Kitty Kitty challenge. thanks for reading.

Mickey Milkovich didn’t ever picture himself as a cat owner or any pet really, but now that was what he was. His sister, Mandy, had convinced him to go to the animal shelter to adopt a pet. He actually loved cats, dogs, and thought lizards were pretty cool. Just never thought he would own any. They had looked around for a while, there was a beautiful white and grey Alaskan Malamute with blue eyes but they couldn’t have a big dog in the apartment.

When Mickey arrived to the cats, he immediately is drawn to these two cute as hell ginger kittens. Mandy finally comes over and she falls in love too and they decide to pick one. It was really hard to decide which one they want because they can only afford one, but you can’t even tell these two kitties apart. They find out that they are twins. It was a hard decision but they finally picked the one that was slightly more hyper, and now Mickey was the proud owner of the cutest kitten ever (not that he would tell anyone that).

“So what are you going to name him?” Mandy asks.

“Uhmm… he is like a little ball of energy, I’m gonna call him Cheech” Mickey smiles.

“You better not try to get this kitten high assface!” Mandy screeches.

“What the fuck bitch, I wouldn’t do that, I don’t even get high anymore” Mickey laughs. That’s messed up if she thinks that, although he has known some people who think it’s pretty funny to do but that is just mean, so no he wouldn’t be.

Not that Mickey will ever admit it but he loves Cheech more than anything, he really is the cutest cat ever, he is so soft and cuddly, and full of energy. He has so much fun playing and cuddling with him.

So of course here comes Mandy with another bright idea. Even though her previous one was beneficial to him, most of the time, her ideas sucked balls. Like this time, she thinks he needs a boyfriend. She tells him it isn’t good to just go to work, come home and hang out with Cheech, occasionally going out to bang then leave. She goes on and on, Mickey is only half listening by now. But if he is honest with himself, he is kinda lonely and would like someone to share his life with, can’t be roommates with his sister forever. Right now though he just wants to watch a movie and cuddle with Cheech.

This is how now he ends up with the Grindr app on his phone; she set it all up for him, including his profile. He should probably check that out at some point. After a few weeks of using the app, it wasn’t too bad and an easy way to find a hook up.

“Damn, Mickey you really need to quit spoiling Cheech, this is getting out of hand, so many toys everywhere.” Mandy complains.

“No there isn’t, I don’t want Cheech to be bored while I am at work,” Mickey replies. “But hey, skank, help me with this stupid app shit. All these dudes just want to bang.”

“At first it was cool but that gets old real quick,” he replies, Mandy motions for him to hand his phone over, she changes some setting and profile info. Then she shows him how to use the filter to show only those that are interested in a relationship. Mickey could have figured this out on his own, nothing but laziness really, so easy to get Mandy to do it for him since she was the one bugging him about it.

Mickey starts to check out some of the profiles, one catches his eye but since Mandy is also looking, he just scrolls on past it.

“Wait, wait, I just saw a hot as fuck redhead, go check him out!” Mandy interrupts.

Fuckin’ bitch, he thinks to himself, of course she would spot the only one he had interest in. So he clicked on the profile of Ian Gallagher, 24, only a year younger than himself. Damn, he is hot, why would he be single? Probably a fake picture, maybe. Mickey decides to send him a message.

Mickey and Ian start chatting for a few weeks. They find they have a lot in common, wonder why they have never crossed paths before. Ian would send Mickey short videos so he would believe that it was really the same guy in the picture after Mickey told him he thought his picture was a fake, so Mickey had to do the same. They clicked really well together but Mickey was nervous about meeting in person. So they continued to talk about anything and everything for a few more weeks.

They talked about everything, including why they were single. Ian told Mickey about his bipolar disorder and how long it took him to become stable, how he never thought anyone would want him. Mickey reassured him it wouldn’t be a problem; it wasn’t like it was his fault he ended up with the condition. Ian said that he finally accepted who he was and decided that he deserves love and to be happy so that’s how he ended up making a profile. Mickey told Ian about his struggles growing up and how it took him a really long time to accept himself, as well with having a homophobe for a dad; down played it some as he didn’t want to bring up all that.

Mickey finally agreed to meet at a local bar to hang out and play pool. They hit it off and had a great time, by the end of the night; he agrees to go back to Ian’s apartment. They barely make it through the door before they begin making out, ending up on the couch. Mickey doesn’t notice anything around him really; kissing Ian feels like the best thing in the world. Then something jumps on him, startles him a little, he looks down and gasps. “What the fuck, that’s my cat!”

Mickey studied the cat, wondering if it is Cheech’s twin brother and looked up at Ian, “Seriously, my cat looks just like yours. Umm, you named your cat Chong?”

“Yes, my sister Debbie got him for me about 7 months ago said he reminded her of me and I needed a pet. He was mellow so I named him Chong, you don’t like his name?” Ian laughs.

Mickey takes out his phone and shows Ian a picture of his cat. “See they look just alike, and no I like the name, this is just really funny, what are the odds… I named my cat Cheech.” Mickey laughs.

“Wow, that’s strange but just means we are meant to be, fated to meet.” Ian laughs but he seems serious.

“You are such a sap,” Mickey teases, “But Cheech has a twin brother, but I could only have one. I wonder if this is him. Did your sister give you any paperwork, where she got him?”

“Yes, hold on.” Ian goes to look for the papers. Once he finds them, turns out Debbie got him a few days after Mickey from the same shelter.

Mickey and Ian are both amazed at the fact they have twin cats, it really does feel like it is meant to be.

Six months later, Mickey and Ian fall more in love each day. So when Ian asks Mickey to move in with him, he agrees and reunite Cheech & Chong finally. 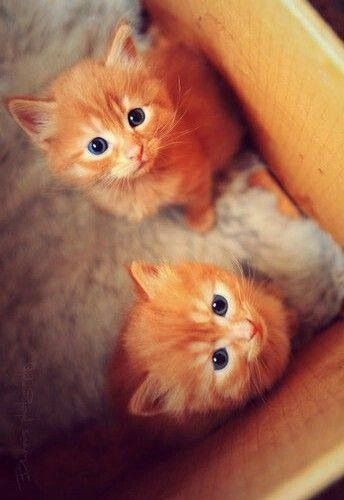