Bonding with Yagi Toshinori was never something Aizawa expected to do. He begins to cherish their times together and before he knows it, his old habit of stealing momentos is back in full swing. No one needs to know about his steadily growing collection, but what happens when they find out anyway?

Done as a fill for the BNHA kink meme 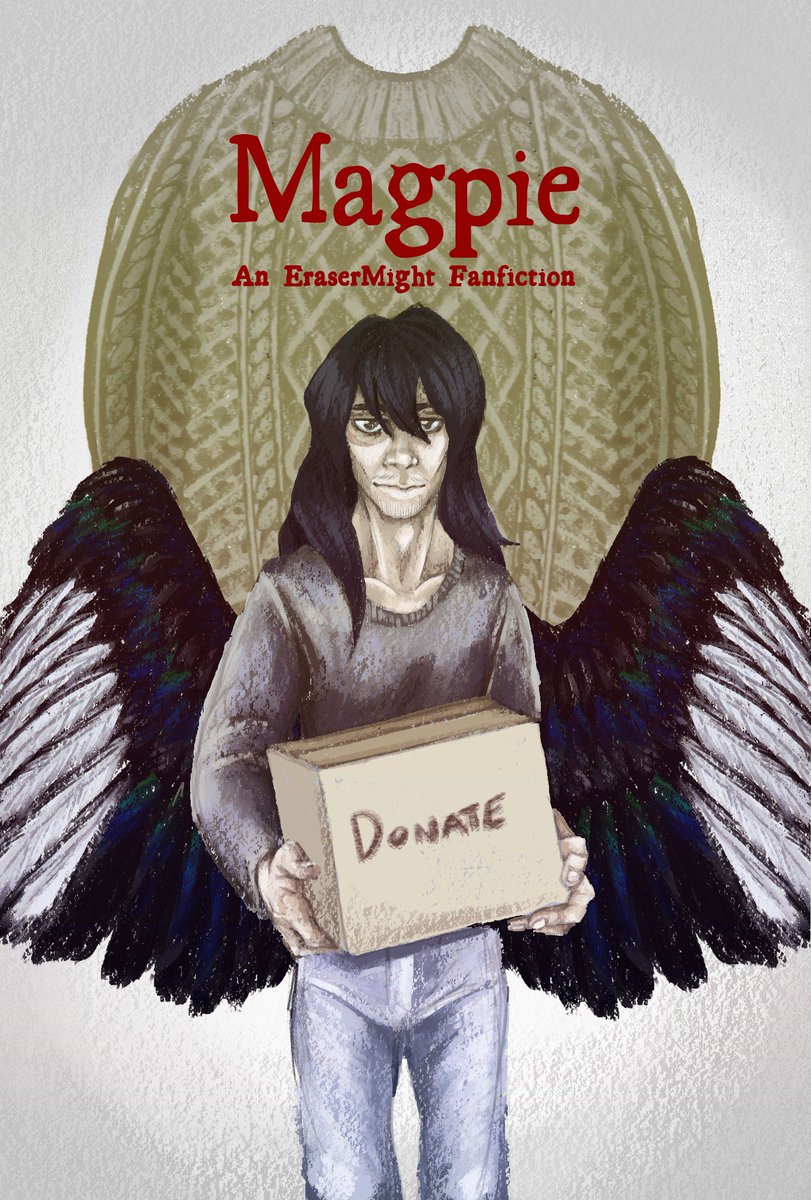 It had been years since Aizawa Shouta last slept in. He was programmed to wake before dawn, regardless of what hour he'd been up to or how much he'd had to drink. His hangover was blessedly mild this time, the stillness of the pre-dawn morning perfect for rehydrating and medicating himself into wellness.

He crept silently through the apartment, his socks preventing even the smallest sound from betraying him. He slid into the bathroom undetected, instinctively lifting the drawer as he pulled it out to prevent the tracks from grinding. Squinting in the dim light did nothing for his headache, but he wouldn't risk the switch. He found the bottle he was looking for quickly enough, swallowing the coated pills dry.

He would take his water in the kitchen, he'd decided, but while he was trespassing, he reasoned that he may as well satisfy his curiosity. The bottles were equal parts generic and prescription, a blend of supplements and suppressants, most seeming to deal with gastrointestinal issues and the rest with athletic recovery. Finding nothing terribly interesting, Aizawa closed the drawer again, padding out of the bathroom, eyes roaming.

It wasn't the first time he'd stayed over at Yagi's place, though each previous time had been on a weekday. They were both up early then, awkwardly getting ready and making the quiet walk to UA. Aizawa considered it awkward, in any case. For Yagi, it seemed a relief to have someone he could spend time with alone. He made breakfast despite Aizawa's queasiness and refusal, delicately tying it in a spare kerchief and bringing it with them for his planning period.

Yagi Toshinori was a strange man, Aizawa had long since decided. He was oddly domestic, a fantastic host and a doting friend. There was a strange isolation he had never bothered to notice before they begun hanging out that seemed to disappear once they were alone together. It seemed as if he'd waited a lifetime to bond with someone, perhaps anyone, in the casual way that they had started to.

What started as a once-off occurrence had become regular. Somehow, a drink and a snack becoming dinner and drinks, first out in society, then later at his home. Yagi never drank and admitted that the greasy food they often paired with Aizawa's liquor was too heavy for him to easily handle. He relished making dinner and choosing a movie, happy to share simple pleasures with his closest friend.

Was he truly a friend?

The question burned Aizawa a bit as he idly leafed through the folders neatly stacked next to his host's computer. He tried to justify that many people snooped when allowed, but it still felt something like betrayal. What was he hoping to find out? What would he do with the information once he did?

Silent as a shadow, he moved through Yagi's carefully maintained apartment, pausing anywhere that caught his attention, even if just for a moment. There was never anything out of place, nothing extraordinary, but he still looked all the same.

At least twice a week, Aizawa woke up on the couch, hangovers varying in intensity with what they drank and how late their movies went. He'd only seen a fraction of Yagi's archive, often falling asleep if they chose a second movie. He never seemed to mind, always happy to try again another night or to lend a physical copy when he had one.

Perhaps those discs were what had kept him sated for so long. Though he would never admit it, Aizawa was a magpie at heart, always pocketing something small when he felt the need. It was rarely anything of particular value or merit, often something as small as a ticket stub or a chopstick wrapper, a bottle cap or a gacha that caught his attention as they adventured. Staying at Yagi's place to eat in left little opportunity for such a momento, but slipping the case into his bag always seemed to scratch the itch.

He'd done better, though. He stayed up through the movies, even if it meant getting into an uncomfortable position or chewing the inside of his mouth to keep him awake. It didn't seem to matter to Yagi, but it had come to matter to him the more he respected him, the more intimate their bonding became.

Yagi never stirred when Aizawa snuck into his room. The closet was slightly ajar, the wicker basket inside filled with the week's laundry. It was like a beacon, calling to Aizawa, demanding he peer inside. It wasn't for anything weird, he told himself harshly, just to see what sort of clothes he liked.

The closet was filled mostly with fresh shirts and slacks carefully hung and ready for the week ahead. He was the sort of man, Aizawa decided, who enjoyed a uniform. It made sense, he supposed, when one stopped to think about the life he lived. Still, it wasn't terribly satisfying, and he crawled inside for a better look.

Or rather, he would've, were it not for the stacked boxes on the opposite end. They were quite large, the word 'DONATE' written in large letters on each side in black marker. Their siren song called to him, and Aizawa could not help be steer toward them.

The topmost box was still open and he could easily peer inside and dig around. The first item was soft and thick, feeling not unlike a well-used blanket. Was that what was inside? It seemed logical enough.

It was then that Aizawa noticed the air was too still, the soft, rhythmic snoring gone while he perused. It would be too fitting to have Yagi wake up now, to be standing just over his shoulder, watching him dig through his personal belongings. The bed creaked as its owner rolled, the blankets fluttering as he adjusted them. After a few impossibly long moments, the snoring resumed, though it did nothing for how Aizawa's heart thrummed in his ears.

His retreat was swift, his trophy unconsciously clutched in his hand. He did not look at it until he was safely back in the living room, curling up where he'd fallen asleep once more.

It wasn't a blanket, he realized as he examined his prize, but a sweater. An enormous sweater, stretched out of shape in a few spots and slightly frayed in others. It seemed horribly unfitting at first, thinking of tiny Yagi Toshinori in such a huge amount of fabric. Slowly, Aizawa realized the truth. It was All Might's sweater, not Yagi's.

There was something sad about the sweater now, well-loved and carefully boxed, no longer of any use to the man who had worn it for so many years. Without thinking too hard about it, Aizawa folded it, carefully tucking it into his bag.

If it was to be donated, Yagi would not miss it, he decided, settling back under the blankets that had been draped over him by his host.

Curiosity fully satisfied, he wouldn't move again until Yagi rose, smiling gently and humming to himself as he prepared breakfast. He would never need to know of Aizawa's transgression.