Eleven clones, one half-zabrak and all of the inherent chaos one might expect when you stick those things together. Maul gets his own squad of clones.

Or maybe the clones get him.

<3 Feedback, prompts, questions, comments, you name it: I love it all. I'm sl-walker on Tumblr, too. Don't be shy! I try to update this story as often as I can, real life allowed.

Well, I’m onboard the Negotiator now.  Heck of a surprise, getting diverted from Orto Plutonia.  I didn’t see that one coming, but I can’t say I’m complaining, either.  At least, not about not having to spend however many months strapped to that iceberg of a planet.

I met a couple of the guys who are going to be in our squad.  Tally’s the name of our medic.  He’s a little older than we are, though you know as well as I do that doesn’t mean much.  He’s real calm, though.  He was on Christophsis, like you were, but he said he never ran into you.  I wish he had.

The other one I met is Raze, and I bet he’s gonna live up to his name.  He was pulling apart a grenade launcher while I stowed my gear.  Swear by the looks of him that he was in love.  There are gonna be eight more of us here soon, and then I guess we’ll get a proper briefing.

I wonder sometimes why we’re all different like that.  None of us are ARCs or anything, we all had the same training, but here we are with all these different quirks.  Makes you think, eh, brother?

Anyway, though, I gotta tell you about our CO.  You won’t believe this.

I got onboard and after I settled into our quarters, I get a call from the hangar deck from General Kenobi himself.  That’s a pretty big deal, so I make sure I’m all turned out and then I double-time it up there, and I have to admit that I’m wondering why he didn’t call one of the other two.

I get there, and he’s arguing with the scariest looking zabrak I’ve ever laid eyes on.

Around now, I started getting a sinking feeling, but I just stood back and waited.  It was definitely an argument.  The general looked frustrated.  The zabrak just looked terrifying.  They weren’t shouting at each other or anything, but they both had their arms crossed and were firing words back and forth, and I stayed well out of the way because I didn’t want any part of that.

Except, then General Kenobi made me a part of it.

He threw his hands up and then came my way and looked me over.  Polite as could be, like he wasn’t just in the middle of an argument.  "You’re Shiv, correct?“

“Wonderful.”  I got the feeling that he actually meant that, which made me feel a little better.  "Shiv, this is your new lieutenant, Maul.  Maul, this is your new sergeant, Shiv.  I expect you to schedule a meeting in briefing room three as soon as the rest of the squad gets here.“

Heck of a way to get a promotion.

General Kenobi claps me on a shoulder, and then he walks by and I swear, Flanker, I catch him smirking to himself out of the corner of my eye.

The zabrak – our lieutenant – glares after him with these eerie yellow eyes, then he looks at me and visions of snarling and death cross my mind, though it sort of becomes less of a glare and more of a stare, like I’m some kind of strange thing he’s never seen before.  Talk about irony, right?

Then, damned if he doesn’t speak, and I’m not kidding, he has the most proper inner core newscaster accent I’ve ever heard.  Never in a million years, did I imagine that voice going with a face like that.  "Hello, Shiv.”

“Sir,” I answered, once I got over my surprise.

“I’d like you to know that I have precisely no idea what I’m doing,” he went on, looking me in the eyes.  "If anything goes wrong, I think we should blame Kenobi.“

I have no idea how to answer that.  Good thing he didn’t seem to want one, because he walked past me and left me standing there, with a brand new promotion and a commanding officer who’s even greener than I am.

I don’t know if there’s anything after this, for us clones.  But brother, wherever you are, if you are, save a beer for me.  I think I’ll need it. 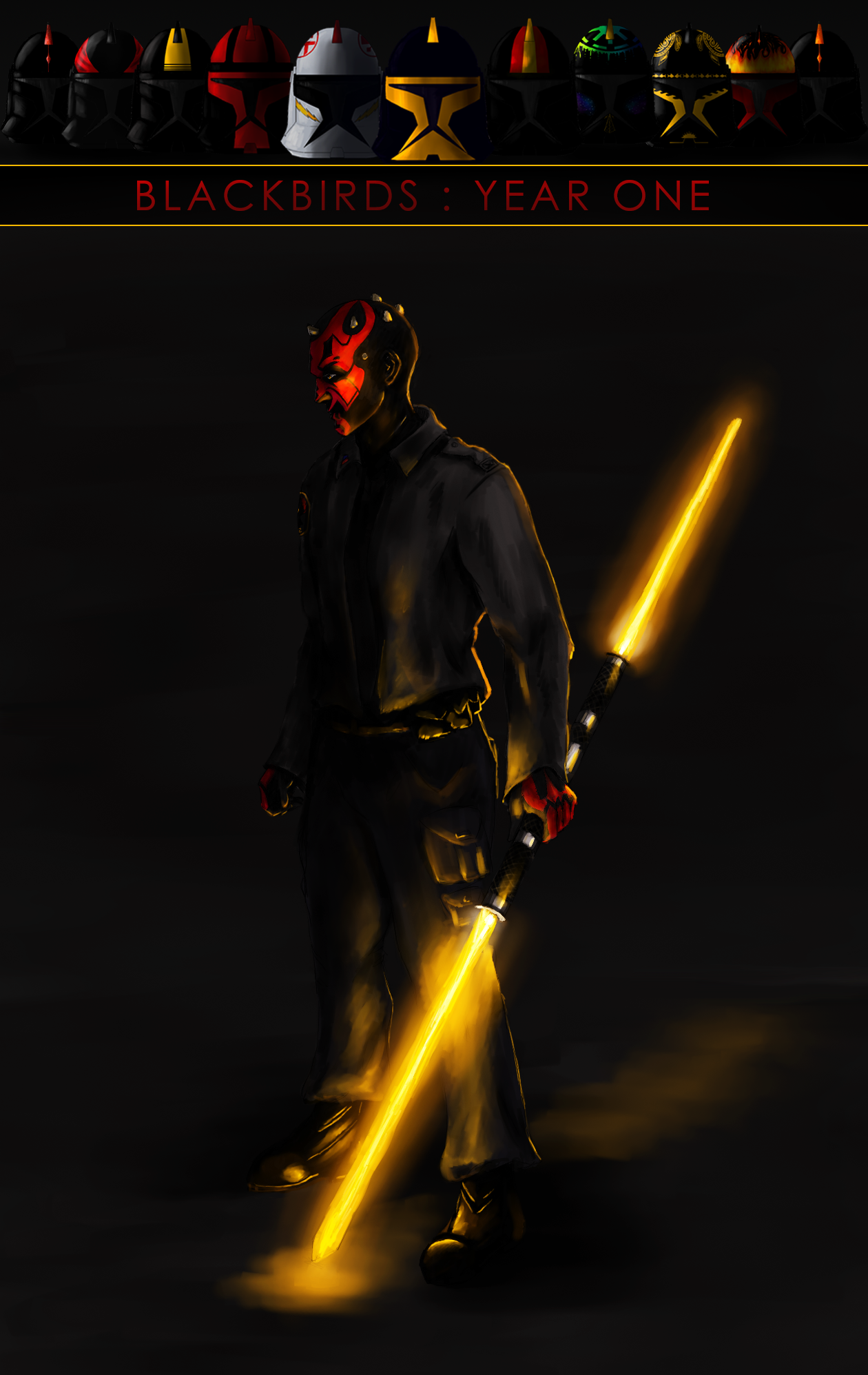