The sun ain't gonna shine anymore...or so it seems.

Napoleon and Illya have a heart to heart discussion while imprisoned.

Originally posted for a Song Story Challenge. The prompt was the song "The Sun Ain't Gonna Shine Anymore" by The Walker Brothers 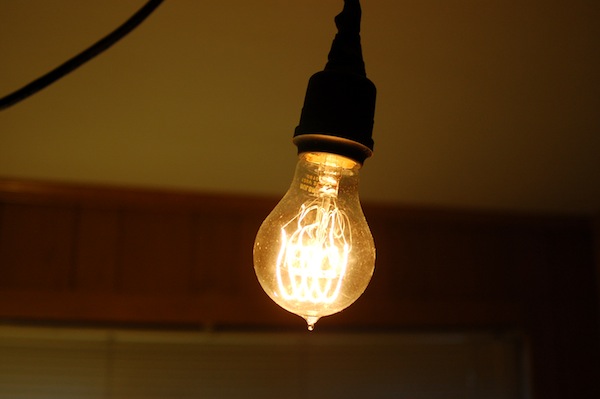 The cell was poorly lit, with a single low-voltage incandescent bulb hanging from the ceiling by its wire.  The two UNCLE agents had been returned there; the room reeking of mold and mildew.  There was a bone-chilling dampness in the air, enough to bring down the spirits of anyone.

“Why do you do that Illya?” Napoleon asked through swollen lips as he swabbed his partner’s bloody back with a wet cloth. He knew it was doing little good as every time he touched it to Illya’s skin, the Russian flinched..

“Do what?” Illya was barely able to respond with his equally swollen mouth.

“You taunt them, like you’re daring them to hit you. Every time you open your mouth,  you make it worse for yourself and sometimes me, I might add.”

Illya gingerly rolled to his side, done with his partner’s well-intentioned ministrations.

“I do it to tell them I will not give in, in part, a game of one-upmanship, I suppose.  I always win, as I get in the last word.”

“Competitive to the end? What good does it do you to be that way?  One of these days you’re just going to piss one of them off enough to make them just kill you.”

Illya shrugged, “Then so be it. Trust me though, it is not competitiveness in the true sense of the word. There is no first place finish."

“What, you have a death wish then?” Napoleon couldn’t understand his supposed resignation to die.

“No, that is not it at all.” Illya pushed himself up to a sitting position on the bunk. “I want to live just like you do.”

“Napoleon, I face them head on, knowing there is the possibility of dying, and with that knowledge I can go to my death if need be, but doing so defiantly and not like a whimpering child. How could I face my family again if I died a coward and besides.... I like ‘pissing’ off  the bad guys, as you say.” This time the Russian managed a smile.

“You are a strange man Illya Kuryakin,” Napoleon smiled as well. He wouldn’t admit it, but he thought Illya was the bravest man he knew, one who could spit in the face of death and the devil himself if need be.

“No I think not. I am  just a man willing to do what is necessary. Napoleon, I have faced death many times since I was a young boy, long before joining UNCLE, and I have become accustomed to dealing with it.”

“So you’re not afraid of dying?”

“I will admit  I am, every sane man is I suppose, but I will never let our captors see that fear. As I said, they will see only defiance, and nothing more...nothing less. It is a point one reaches in life, knowing there is nothing to lose, or perhaps nothing to win.”

That explained some of Illya’s cold and fatalistic tendencies to the American. To become accustomed to death as a child? He wondered if the Russian had any sort of childhood at all after hearing that. It must have made for a very unhappy life and it was no surprise now why the man was so stoic... sometimes devoid of emotions and nearly humorless at times.

The agents remained in the dark cell for what seemed like an eternity, not given food, with only a small bucket of water and a cup from which they could drink.  They lost track of time and apparently their captors had lost track of them, not even returning to interrogate them again; making the agents feel forgotten. Perhaps they were and were just being left to slowly starve to death.

Napoleon and Illya were in constant twilight and it seemed as though the sun wouldn’t shine anymore as they lay trapped in their dimly lit cell, cut off from the world.  It was even beginning to bring down Solo’s usually optimistic mood.

Illya’s physical pain from his wounds was subsiding, though the Russian had become more withdrawn than usual, lost in a deep melancholica that he wore it like a cloak of blue, hiding what was inside that head and heart of his.

Napoleon tried yet again to strike up a conversation, deciding to ask a surprising question of his  brooding friend.

“Illya, was there ever a time in your life when you were really happy?”

At that moment the door to their cell creaked open and a familiar auburn head peeked inside.

“Hello my darlings, glad to see you’re still in one piece. Care for a lift out of this awful place? “April dancer smiled, holding her still warm carbine. “Mark is waiting outside with a helicopter”.

“With pleasure,” Napoleon stood, helping his partner up to his feet,  knowing somehow his last question would go unanswered.  At least now he understood about his partner’s attitude towards standing his ground so defiantly.  He’d have to remember that bit of courage to inspire him next time they were in trouble.

As they stepped out into the bright daylight, Napoleon shaded his eyes from the glare, yet he watched as his pale skinned partner turned his face upwards to the sun, closing his eyes and smiling. A pelican flew in the sky over them, innocent and free.

In a way, maybe Illya did just answer that question for him after all? Perhaps it was the simple things in life that made Illya Kuryakin happy. Lord knows, that seemed like all the man had at times, or would allow himself.

The steady thwup-thwup-thwup-thwup of the helicopter blades stirred the air as the agents climbed in, ready to be whisked away to safety yet again...